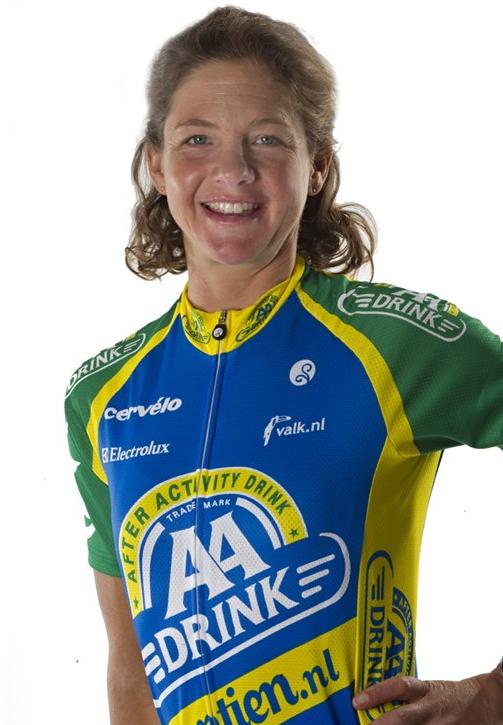 Sharon Laws has become the new British women’s road champion in Ampleforth, North Yorkshire this afternoon, just days after she was dropped from the Great Britain squad for the Olympic road race, which takes place five weeks today.

News of the 37-year-old’s victory over two of her AA Drink-leontien.nl team mates – defending champion Lizzie Armitstsead and  2010 champion Emma Pooley – immediately led to questions being raised on Twitter about the timing of the announcement of the final line-up last week by British Cycling and the British Olympic Association.

Laws was one of two riders from an initial squad of six cut from the final selection - the other, Katie Colclough, also had cause for consolation today as she became the new British under-23 champion.

Consternation last week about Laws' omission from the Oympic squad wasn't confined to British fans either - on Thursday, Marianne Vos of the Netherlands, one of the favourites to win the women's road race next month, described the decision as "strange," adding, "Sharon has raced so strong."

Laws had got away early in the race with Armitstead and Pooley, as well as Nikki Harris of Young Telent. Sarah Storey of Escentual For Viored led the chase of the quartet, but they would not be caught.

Laws attacked with around a lap and a half to go, and rode solo for 15 miles to clinch victory. Nicole Cooke, British champion in ten out of eleven years from 1999 to 2009 and whom Laws helped win Olympic gold in Beijing, finished sixth.

Cooke has been named in the Olympic team along with Armitstead, Pooley and a third AA Drink-leontien.nl rider, Lucy Martin.

Quoted on the British Cycling website following her victory today, Laws, from Bourton-on-the-Water, Gloucestershire, said: “I’m really happy that I’ll get the chance to wear the national champions jersey for the next year. I was disappointed not to be selected for the British Olympic road race team, but today’s win helps with that disappointment.”

Armitstead added: “This was a team effort, and it’s great to get the 1-2-3. Our plan was to have one of our team win the event, and we’ve achieved that so I’m really happy. I’m delighted for Sharon to get the win. She attacked really strongly and that proved enough to win the title.”