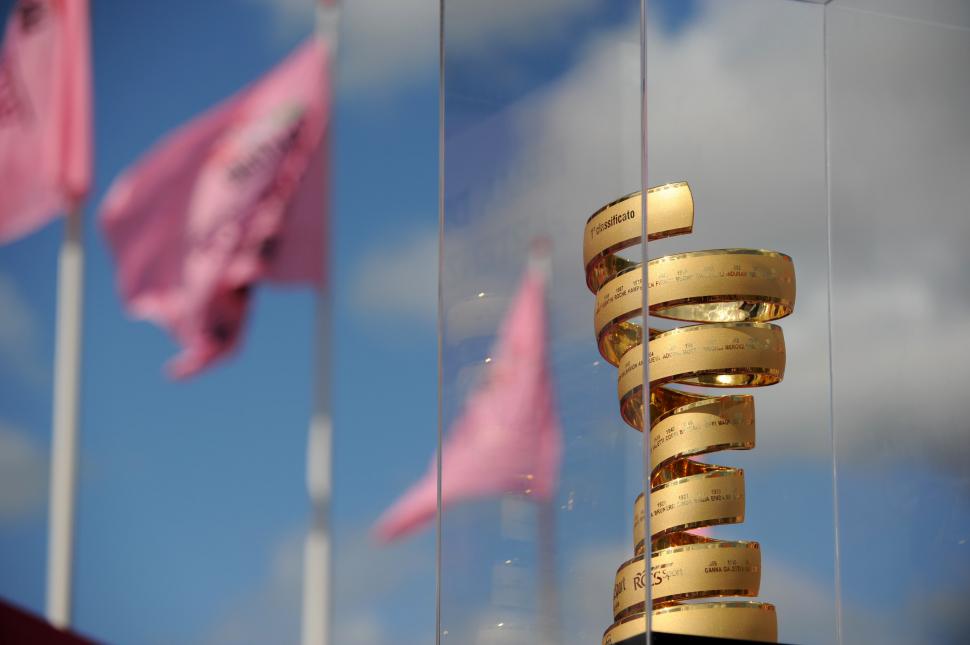 Rodriguez still in the maglia rosa, but tomorrow's finish on the Passo dello Stelvio is last chance to take time from Canadian...
by Simon_MacMichael

Ryder Hesjedal of Garmin Barracuda is 48 hours away from becoming the first Canadian to win one of cycling's three Grand Tours after attacking his GC rivals on the final climb to Alpe di Pampeago today and dropping them as he finished second to stage winner Roman Kreuziger of Astana. For the latter, the stage victory meant he salvaged something from the race after falling out of overall contention on Wednesday. The best time trialler of the men still in contention for the win, Hesjedal, now just 19 seconds behind race leader Joaquin Rodriguez of Katusha, is set to win the race barring a disaster on tomorrow's Stage 20 which finishes on the Passo dello Stelvio.

Rodriguez conceded afterwards that the Giro is now Hesjedal’s to lose, but in finishing third today, the Spaniard may yet end the race with a jersey, even if it is not the maglia rosa he is still wearing for now. Following today's third place, he now lies 13 points behind Mark Cavendish in the points competition.

That means that a top four finish for Rodriguez in tomorrow's final road stage would see him overhaul the Team Sky rider in that classification. The intermediate sprint on that stage is unlikely to figure in the equation – for Rodriguez because he will be in the GC group, for Cavendish because the earlier climbs of the Tonale and the Aprica make it impossible.

Stage winner Kreuziger had suffered a disastrous day in the Dolomites in Wednesday that saw him slip to more than 12 minutes behind Rodriguez in the overall standings. No longer a threat in the GC, today in what was evidently a planned move, he followed Astana team mate Kevin Seeldrayers in attacking from the main  group on the penultimate climb, the Passo di Lavaze.

The Czech rider, joining another attacker from the main group, Dario Cataldo of Omega Pharma-Quick Step, then set about the business of sweeping up those riders ahead of him who remained from the day’s break. One by one he reeled them in, until with four kilometres to go just Sandy Casar of FDJ-BigMat and Stefano Pirazzi of Colnago-CSF Inox were out in front ahead of him.

The latter, aware of the threat from the Astana rider, attacked his fellow escapee and swiftly distanced him, but Kreuziger, who had by now dropped  Cataldo, caught and passed him as he rode to victory.

Behind, the battle for the GC was heating up as Michele Scarponi, defending champion by virtue of Alberto Contador’s disqualification from the 2011 Giro, attacked at around three kilometres out. Hesjedal and Team Sky’s Rigoberto Uran went with the Lampre-ISD rider, and a group of nine riders, including Rodriguez, Domenico Pozzovivo of Colnago-CSF Inox and Ivan Basso, third overall this morning, quickly formed.

Almost immediately, Scarponi attacked again and this time only Hesjedal was able to go with him; Basso, meanwhile, was clearly struggling and was also dropped by Rodriguez and Pozzovivo.

With a kilometre to go, Hesjedal turned to assess the condition of Scarponi, then rode away from the Italian and towards the maglia rosa, although he may not get to wear it until Sunday.

This morning, Katusha manager Valerio Pivo had said that Rodriguez would need at least one minute’s advantage and ideally two over Hesjedal ahead of the final time trial, given the Garmin-Barracuda man's strength in that discipline; unless the Canadian blows up spectacularly tomorrow, that is unlikely to happen.

The saw-toothed profile of today’s stage featured five categorised climbs – first the Sella di Roa, followed by the Passo Manghen, then the start of a loop taking in the Passo di Pampeago and the Passo di Lavaze before coming back onto the Pampeago for the finale.

Pirazzi had led Casar over the summit of the Pompeago, located 2.8 kilometres further up the mountain from where the stage would finish a little more than an hour later, the pair being the last men remaining of a big breakaway group of 17 riders that had got away 11 kilometres into the 198 kilometre stage from Treviso.

Throughout the day, Liquigas had driven the GC group on behalf of Basso, with the other men occupying the leading positions in the GC biding their time until that final ascent to Alpe di Pampeago.

Basso, seeking his third Giro title, would be the day’s biggest loser, however, losing more than half a minute to Hesjedal and slipping to fourth overall, 1 minute 45 behind Rodriguez, as Scarponi leapfrogged him in the GC.