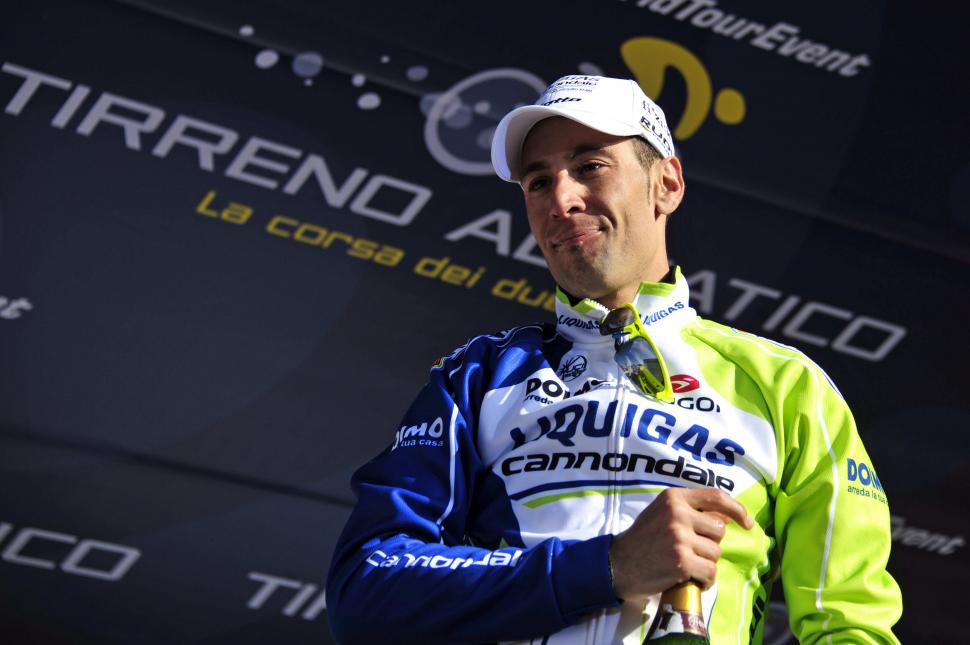 Liquigas-Cannondale has confirmed that Vincenzo Nibali, winner of the 2010 Vuelta, will be riding elsewhere as of next season after revealing that the Sicilian has not accepted its offer of a two-year contract worth €2 million a year. According to Italian daily La Gazzetta dello Sport, Astana is the most likely destination for the 27-year-old, who won this year’s Tirreno-Adriatico and also had a solid Classics campaign, coming second in Liege-Bastogne-Liege and third in Milan-San Remo.

The newspaper, which highlights rumours circulating since last June that Nibali had already reached an agreement to join Astana once his current deal ends, also mentions Omega Pharma-Quick Step as a potential destination. Confirmation he will not be renewing his contract is bound to alert other teams with deep pockets such as BMC Racing.

Team manager Roberto Amadio told the Gazzetta dello Sport: “Nibali is going his own way. We made him an offer that we believe is worthwhile and gave the lad the time to properly evaluate our proposal, but we never received a reply.”

That offer was reportedly made at a lunchtime meeting in Brescia between Nibali, Amadio and sponsor Paolo Zani on 23 April, the day after he had achieved that second place in Liege.

After that meeting, the rider, second to Michele Scarponi in last year's Giro as a result of Alberto Contador's disqualification, had said that he and Liquigas were “very close to reaching an agreement,” with some details still to be ironed out, although he added that “as far as regards the substance [of the contract], the economic part, I’d say we’re there.”

He added that he would look to finalise matters ahead of his departure for the Amgen Tour of California, which starts next weekend, since he wanted to head toward a bid for the maillot jaune at the Tour de France without the distraction of the contract on his mind.

On Friday evening, the eve of his departure for California, Nibali revealed that having spoken to his parents, he had decided not to sign a contract with any team until after the Tour de France.

Nibali had been expected to spearhead his team’s challenge in that race, but it now appears that Ivan Basso, currently seeking his third Giro d’Italia victory, will line up alongside him at the Grand Depart from Liege next month. All that Basso would say on the issue of Nibali’s potential departure was, “Whether he stays or goes, nothing changes for me.”

Should Nibali leave Liquigas-Cannondale at the end of the season, reports the Gazzetta, the Gazzetta says that it is likely that he will take team mates Eros Capecchi and Alessandro Vanotti with him, as well as trainer Paolo Slongo and masseur Michele Pallini.

The newspaper adds that if Nibali does head to Astana, it’s possible that Roman Kreuziger could return to Liquigas, the team he rode for between 2006 and 2010 before heading to the Kazakh outfit.