Niceties and monstrosities from the Taipei Cycle Show floor
by Max_Leonard

I’ll leave the really fruity stuff for the next round-up post. So while you wait for big-hitter brands such as Ming and Strongman, feast your eyes on this little selection…

Look are reissuing their classic Benetton-designed, Mondrian-inspired jersey, though if I understood the importer correctly, this one is only for the Far East. It’s very possible I didn’t, though, so keep a look out. Actually, the team started off with La Vie Claire as headline sponsor, which is where most people remember it from. Look didn’t come in until 1988, but they’ve carried the branding through since. It’s also hinted at in their rather lovely 2012 bike range. 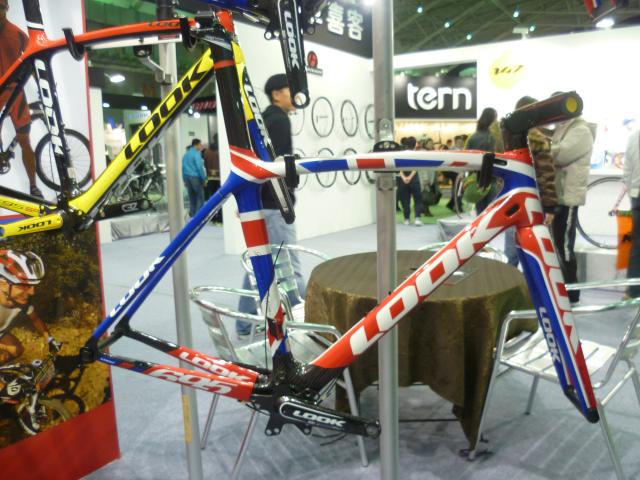 And talking of bikes, there were a few of the pimped-out flag range of 695s on display. Yes, we’ve reported on them before, but it’s worth reposting the Union Jack one, just to get on the Frenchies’ nerves. 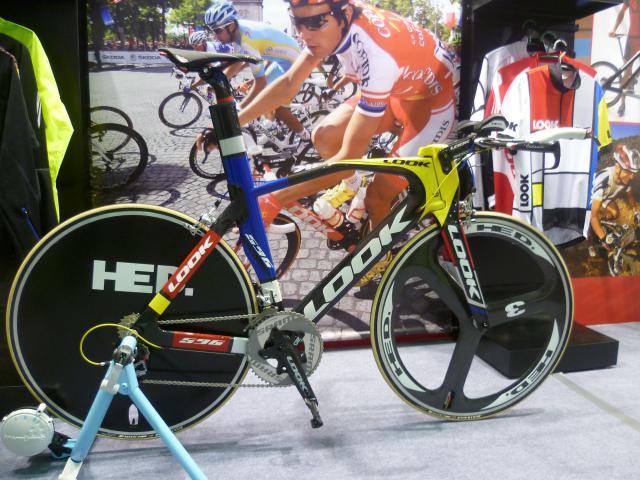 Just one more Look. The 596 is a) teh sex, as internet slang goes, and b) interesting as it shows off Look’s obsession with proprietary stem, crank, seatpost technology. Has anyone ever ridden these exotic bits 'n' bobs? We’d love to know what they’re like (yep, time to ask again - ed). 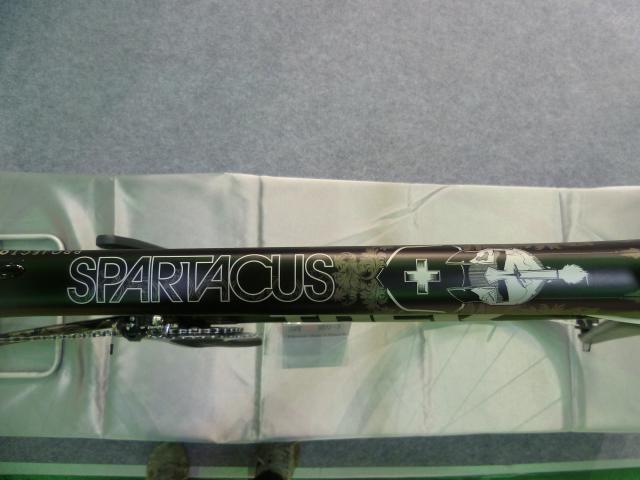 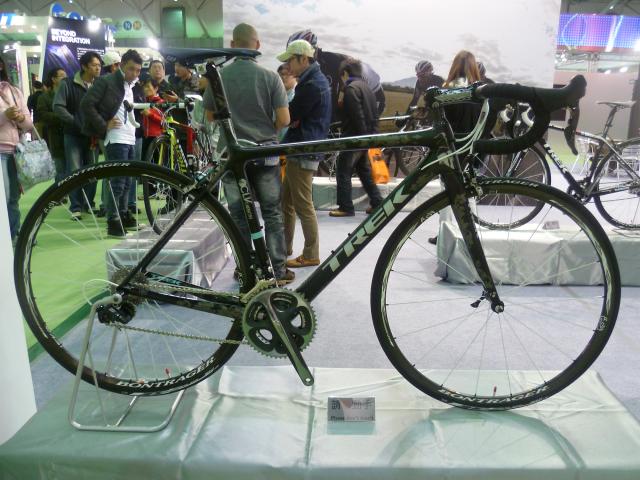 Trek had a Madone on its stand done up in Fabian Cancellara’s Spartacus paint job, probably to show off the capabilities of their Project One design system. It’s a very pretty thing… and imagine how much quicker you’d ride if you could look down at the top tube and see ‘Spartacus’ written there. OK, probably not much, but you get what I mean. 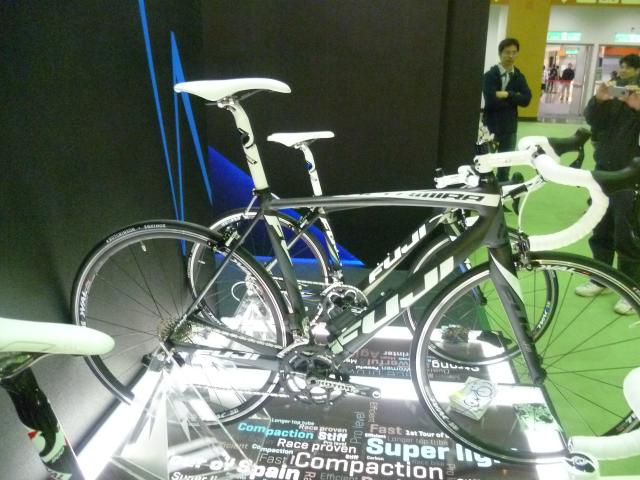 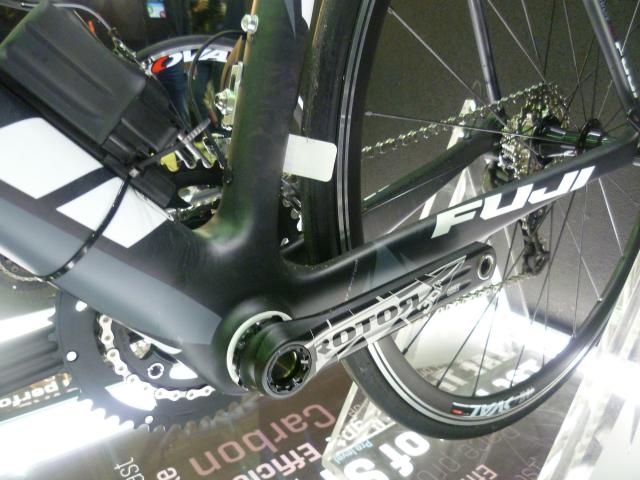 Prize for the largest bottom bracket I saw went to Fuji’s Altimira. This bike is being ridden by Geox this year, and very handsome it looked in this paint job. Here it was built up with Ultegra Di2 and Rotor chainrings. 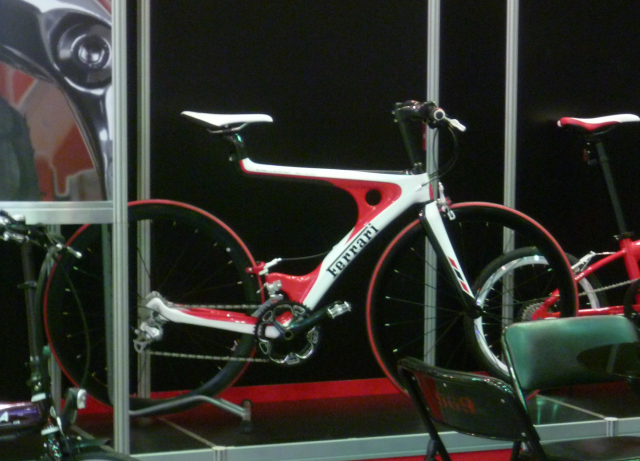 Finally, a monstrosity. On the Komda (“Your best OEM/ODM partner” - basically, they build you stuff) stand, a Ferrari bike. And you thought the Colnago Ferraris were garish. Bear in mind this isn’t some dodgy knock-off: it’s officially licensed product. Who at Ferrari thought this was a good idea? The mind boggles. Yeurgh.