...and we hold an impromptu pub quiz - with no prizes
by Mat Brett

Here are a few exciting new things from Look that we didn’t get the chance to show you from Eurobike. Look are currently exhibiting at the Cycle Show 2011 so you can nip along to the Birmingham NEC over the weekend to see some of the bikes yourself.

First up, Look 695s in national flag colour schemes. The 695 is Look's flagship road bike. It's a sub-900g high modulus carbon monocoque frame with an HSC 7 fork and an adjustable Zed 2 chainset.

Look have done their homework and got the Union Jack the right way up (main pic). Nice attention to detail there. Here’s the US one. 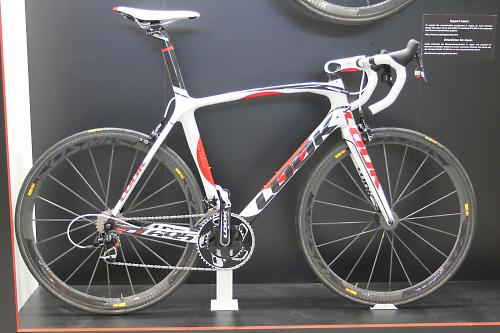 And here’s the Japanese one. Look are contributing 10,000 Yen (about £85) to the Japanese Red Cross for every Japan frame sold to support the post-tsunami reconstruction programme. 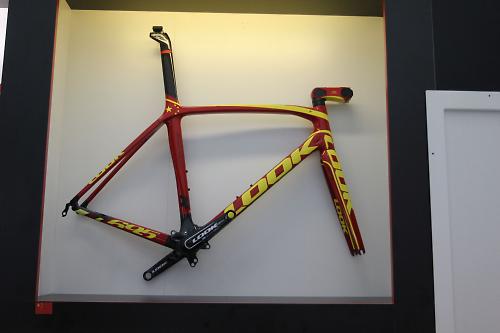 What’s this one, then? A point if you said ‘China’. 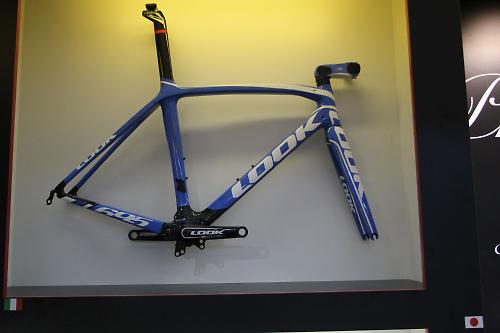 This one? Well, it’s Italy, so all the paint jobs aren't flags as I claimed earlier. That’ll be azzuro, then. Trick question. Double points if you got that one. 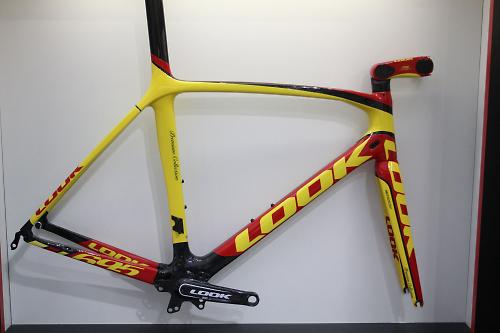 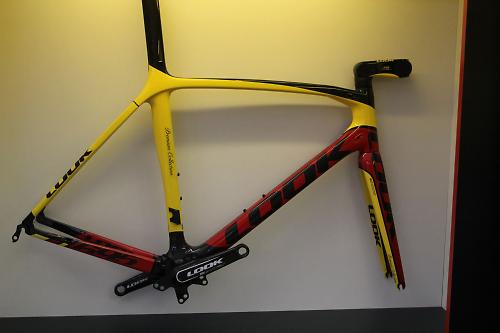 What’s this one, then? Germany? Nope. Belgium. 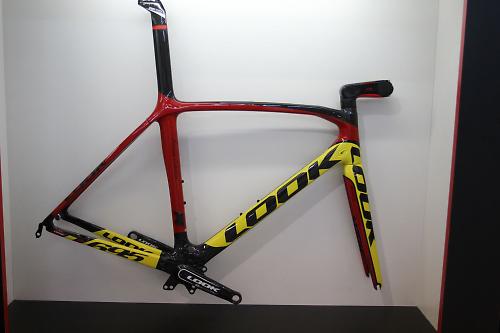 And this one? It's Germany. I gave you a whopping big clue. They're clearly massively different from one another. 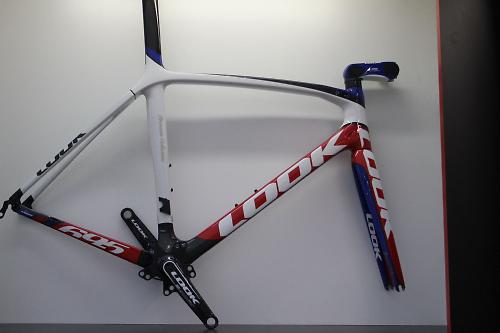 This one is... Francel. If you said The Netherlands... no marks. It's a cruel, cruel world. 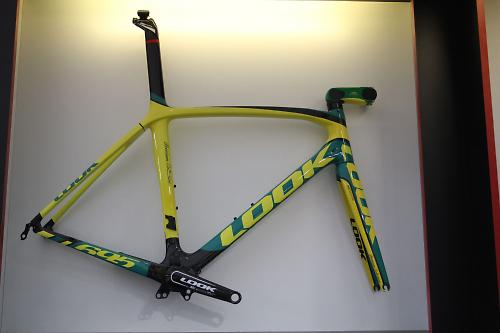 Go on... what do you reckon? It’s Brazil. Who said Jamaica? Unlucky. I'll give you half a mark for Jamaica because it's the right colours. But I'm taking the half mark away again for, um, insolence. It's Brazil. Definitely.

And finally, what's this? It's Spain again, innit. We've already done this one. Just checking you were paying attention... which you weren't. There are Swiss and Canadian versions too.

Right, that’s enough fun. Tot up your score. If you got more than 10, you cheated. The British one is the best, obviously. The trouble is, these bikes don't come cheap. The frame, fork and chainset will set you back £4,499.99. Ouch!

In other news, Look are offering complete bikes for the first time in 2012. The 695, 586 and 566 will all be available fully built up. The 566, for example, which is designed as a comfortable road bike rather than a full-on race weapon, will come in a Shimano 105 build for £2199.99. Unusually, you'll get pedals as part of the package, which makes sense from a brand like Look which is built on its pedals heritage. In each case you get a pair of Look Keo 2 Max. 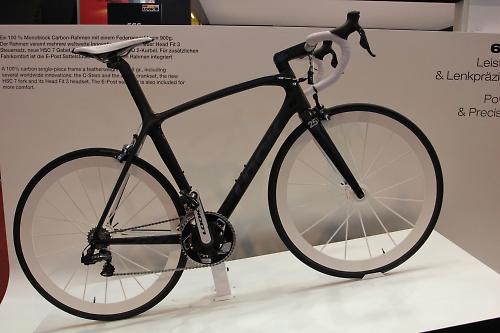 We’ve got something else to show you. This is the Look 25th anniversary bike. Look have been in the bike world for longer than 25 years but they launched their first carbon frame, the KG 86, in 1986. American Greg Lemond piloted it to victory in that year’s Tour de France, duelling it out with Bernard Hinault who was also on a KG 86 (it’s an utter fact fest today, huh?). 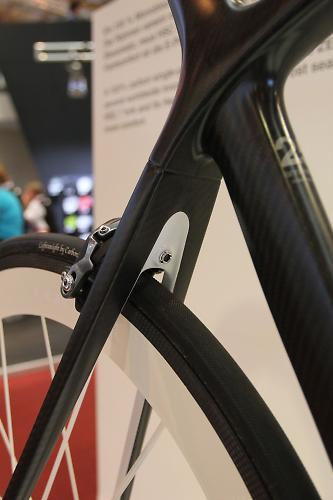 The 25th anniversary bike will be available from November as just a frame – again, it's a 695 – or as a complete bike with a Shimano Dura-Ace Di2 group, a white Look EDH handlebar and white Lightweight wheels. Only 696 are being made and distributed worldwide. They're all numbered and come in a matt black finish. 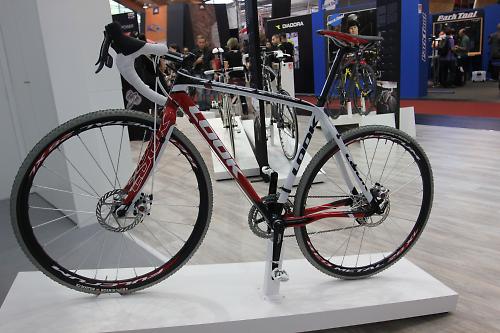 One final thing: if you missed it previously, Look are getting into the cyclocross market in 2012 with the X-85. It's high-modulus carbon with IS disc brake mounts, and there appears to be quite a bit of mud clearance at the back. Look reckon the stays will filter out vibration and add comfort, and the seatpost is a skinny 27.2mm diameter for a little extra flex. They give a frame weight of 1,150g. The fork is full-carbon too. 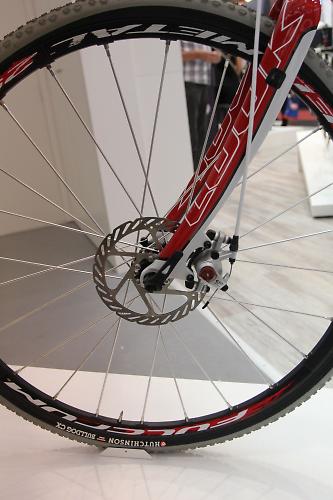