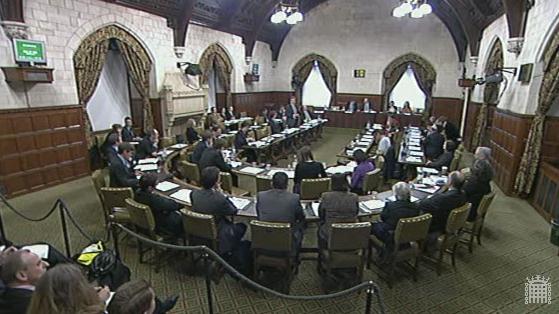 Westminster Hall debate builds on back of The Times' Cities Fit For Cycling campaign...
by Simon_MacMichael

Yesterday’s parliamentary debate on cycling saw overwhelming cross-party support expressed by the Members of Parliament present for a range of measures aimed at improving the safety of cyclists on Britain’s roads. The backbench debate, described by several present as the best attended they had witnessed, builds on the Cities Fit For Cyclists campaign launched by The Times newspaper.

While it’s clearly too early to say assess what impact the debate will have on policy or whether the debate is, as some hope, a watershed moment in cycling in the UK, it has sent out a clear message to the government that there are steps that can be done to improve conditions for cyclists.

In all, 57 of the 76 MPs present, many wearing badges supporting the newspaper’s campaign, spoke at the debate, which had been tabled by Cambridge MP Dr Julian Huppert, co-chair of the All-Party Parliamentary Cycling Group. A recording of the debate can be watched here, while Hansard also has a full transcript.

To anyone whose experience of parliamentary proceedings is limited to coverage of Prime Minister’s Questions or debates on issues that divide MPs along party political lines, yesterday’s debate provided a refreshing show of unity, irrespective of allegiance. Gone were the jeers, the cat-calls, the adversarial points-scoring that seem to be the norm.

Indeed, in his closing comments, Dr Huppert hailed the cross-party consensus that had been a feature of the three and a half hour debate, with member after member rising to express their support for The Times’ campaign, as well as pointing out specific issues within their own constituencies that also had national relevance.

All too often, MPs also spoke of constituents who had been killed on the roads while riding their bikes, and of how the victims’ families had urged them to do something to improve conditions for cyclists.

Ian Austin, MP for Dudley North, like Dr Huppert co-chair of the All-Party Parliamentary Cycling Group (APPCG), described The Times as having "achieved a breakthrough" that people within cycling have been trying to make for years and showed that "this issue will not go away."

Mr Austin, who had outlined the lenient sentences and bans handed out to motorists found guilty of killing cyclists, citing cases including those of Eilidh Cairns and Rob Jeffries, added that by signing up to The Times' campaign and joining the APPCG, MPs could pay a fitting tribute to their memory, and that of other cyclists killed on Britain's roads.

He also called for 20mph to be made the default speed limit in residential areas and for local cycling commissioners to be put in place, two of the proposals outlined in the eight-point manifesto put forward by The Times, and that cycling, like swimming, should form part of the national curriculum in schools.

Among the MPs to speak was Oliver Colville, who represents Plymouth Sutton and Devonport, who by his own admission has not cycled for a number of years, but whose proposals included banning HGVs from city centres during rush hour.

A number of MPs including Nia Griffith from Llanelli pointed out that while The Times' campaign focuses on urban areas, the speed of drivers on rural roads also created danger for cyclists.

That point was also underlined by Dr Sarah Woollaston, MP for Totnes, who described how she had fallen in love with cycling on a tandem 30 years ago, and said that "the joy of cycling" should not be forgotten.

She also called for use of the word "accident" to be dropped when reporting or discussing road traffic incidents, highlighting the human intervention that all too often results in tragedy.

On Thursday, speaking on BBC London News, Danny Williams of the blog Cyclists In The City, had said that the question MPs needed to ask themselves ahead of this afternoon's debate was, “'can my child cycle to school?’ I’d argue that in the UK at the moment, they can’t."

Dr Woollaston admitted that she wouldn't, pointing out that schoolchildren in her constituency faced the daunting and dangerous prospect of being forced to ride along a busy road if they wished to cycle to school, due to delays in putting in place a much-needed bridge at Littlehempston that would complete a cycle route from Exeter to Paignton.

Alison Seabeck, MP for Plymouth Moor View, highlighted the dangers facing cyclists at junctions, describing herself as a "lapsed cyclist" and describing how she had been knocked off her bike by a motorist who drove off. She added that while The Times' campaign focused on cycle safety, ultimately it would enhance the joy of cycling as well as its associated health benefits.

There had been fears among some observers that the debate might descend into calls for helmets and high visibility clothing to be made compulsory and for the focus to switch to anti-social cycling, but on the whole that did not happen.

Islington MP Julian Corbyn did highlight several times the issue of red light jumping cyclists – where he got the statistics from that the proportion doing so had fallen from one in two to one in four is unclear – but he was very much in the minority.

Speaking towards the end of proceedings, Labour’s Shadow Transport Minister Maria Eagle gave a speech that was one of the highlights of the debate. Lamenting the abolition of Cycling England, as several other speakers had done, she said that her party would commit £100 million a year to cycling if it came to power in the next election.

Speaking about the campaign launched by The Times, she said: “It has recognised that collisions involving cyclists are not simply accidents, but have a cause and therefore can be prevented. They are ultimately the consequence of our collective failure to do enough to make our cities fit for cyclists—the apt title of the campaign that The Times has launched as a result.”

Transport minister Norman Baker, whose responsibilities include cycling, outlined that cycling formed part of activities for which money has been set aside under the £560 million Local Sustainable Travel Fund, emphasising that 37 of the 38 tranche 1 projects approved had a cycling element, although it should be added that in some cases that is minimal.

He also responded on a point by point basis to the eight pillars of The Times’ manifesto for cycling, although his replies contained nothing new.

The point that cycling is, when all is said and done, a fun activity was underlined by Dr Huppert in his closing comments.

“This is an immediate issue, but we need to keep it going for the future,” he said. “It is not just about them and us: it is about making roads and cities that work for everyone.

“Safety is important. We should also remember all the great benefits of cycling: it is cheap, healthy, efficient, sustainable and fun. We must remember the sheer joy of cycling.

“Cycling must become a normal activity that people can engage in from eight to 80, and beyond both those ages,” he added.
“We can make a difference,” he concluded.

After the debate, Roger Geffen, Campaigns & Policy Director at national cyclists’ organisation CTC, said: “Following the hugely positive show of cross-party parliamentary support, the Government now has a clear mandate to get on with promoting ‘more as well as safer cycling’. It should seize the moment and draw up a co-ordinated action plan to create safe conditions for cycling, and to encourage more people to enjoy its benefits for our health, our quality of life and our wallets."

He continued: “The wider public benefits of cycling span so many different Government departments, but so too do the actions needed to maximise those benefits The departments responsible for health, planning, climate change, air quality and environment, traffic law and policing all have roles to play, with similar 'joined-up action' needed locally. We urge the Transport Secretary to grasp the opportunity right now to get Olympic Britain back into the saddle.”

Philip Darnton, former chairman of Cycling England and now executive director of the Bicycle Association, was among those observing the debate from the public gallery.

Afterwards, he told BikeBiz: "What a day! It was a tremendous turn out of MPs and not one voice raised against any aspects of cycling. It was a triumph of cross-party conversation about the future of cycling. What we need now is to turn this into something concrete and long-lasting.

"We need now a strategic approach to cycling, handled like road safety, which is cross-party, consistent and with continuity. Cycling needs a level of funding, for ever," he added.