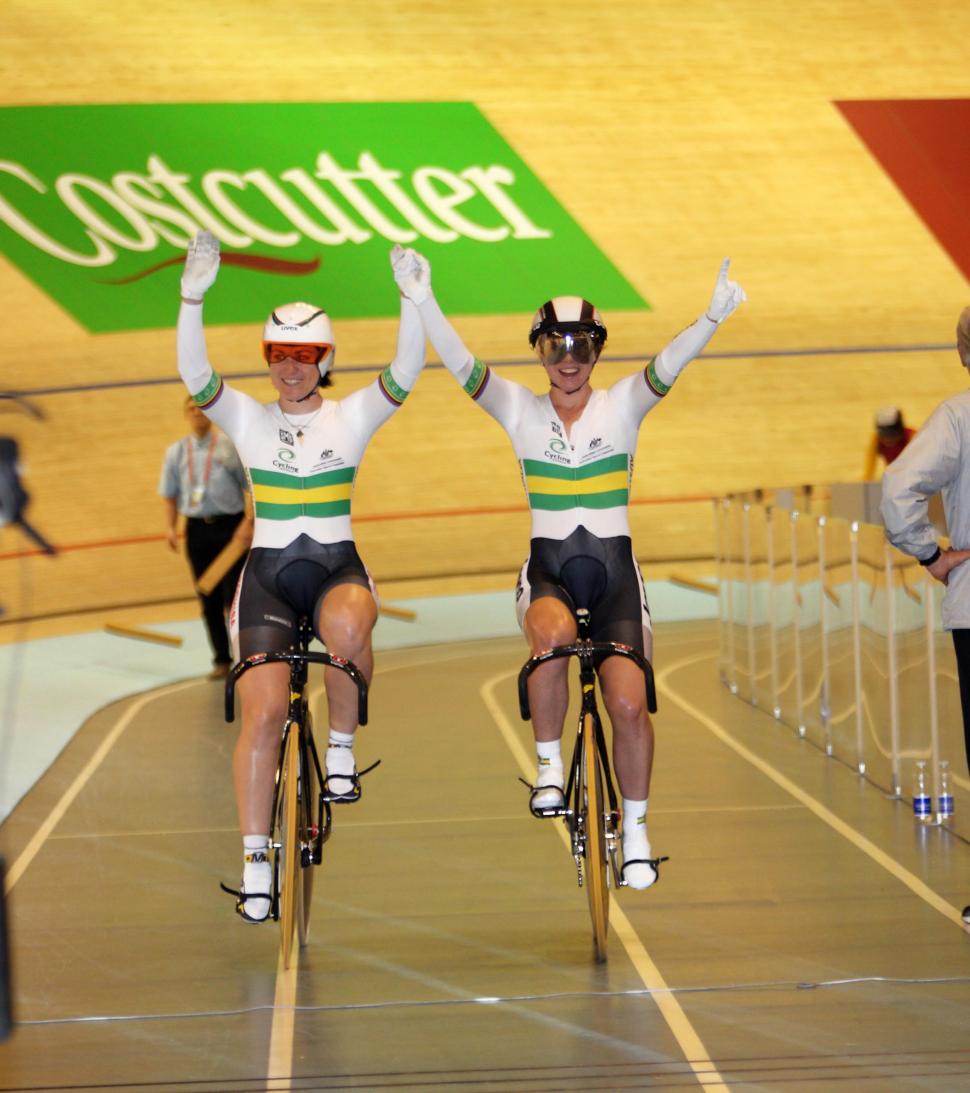 Cyclones send the big guns to check out track and facilities at next month's UCI Track Cycling World Cup Classics...
by Simon_MacMichael

Australia, the country likely to provide the stiffest opposition to Great Britain on the track at London 2012, have announced a strong squad for next month’s test event at the Olympic Velodrome, which takes place from 16-18 February.

The sold-out event, which doubles as the fourth and final round of the 2011/12 UCI Track World Cup Classics series, sees the competitive debut of what designers claim will be the fastest track in the world once it has bedded in.

When next month’s event was announced, British Cycling Performance Director Dave Brailsford expressed disappointment that staging a world-level rather than national competition would give rival countries a chance to gain experience of the track and facilities.

The point isn’t lost on his opposite number at Cycling Australia, Kevin Tabotta.

"This will be our only opportunity to race on the Olympic velodrome and familiarise both athletes and staff with the environment ahead of the Games,” he commented.

“The World Cup will help sharpen our team focus, knowing that there is just over 180 days to go [as of today] before the first event of the Olympic track program," he continued.

"It will also give us an idea of where the rest of the world is in terms of preparation for the upcoming World Championships in Melbourne in April," he added.

Tabotta added that Australia’s selectors had been required to make some difficult decisions as the Olympic team starts to take shape.

"We are on target to qualify the maximum track places for the Games so the focus now it to ensure we are in the best possible position to win medals in London,” he explained.

“That means setting targets for teams and individuals and making sure they know what is expected of them as we come close to nominating teams for the worlds and the Olympic Games."

Included in the line-up are Anna Meares, world individual sprint and keirin champion, plus Kaarle McCulloch, who partnered her to success in the team sprint in the world championships at Apeldoorn in the Netherlands last year.