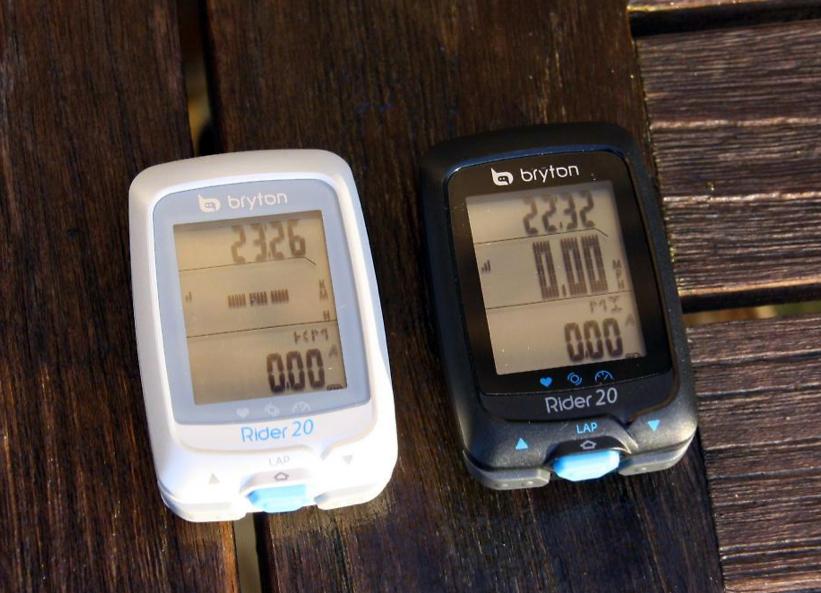 The new Bryton Rider 20 a GPS computer with ANT+ could be a game changer, we reckon
by nick_rearden

Taiwanese GPS specialists Bryton have launched a neat new £99.99 Ant+ unit, the Rider 20, that shows all the vital data most people need including where you've ridden for later upload. A bit later in February for racing and training fanatics there's also the Rider 40 coming, a really clever unit that does, well, everything including your own heart rate ramp test.

As we posted earlier in our overall Zyro roundup and in the Xentis wheels and Abus helmets stories, we were up in classic North Country time-trialling territory last week, looking at Zyro's shiny new products being previewed for the nation's bike shop owners.

Bryton for us was a highlight, showing as they did two really very interesting products in their own right, the Rider 20 and the Rider 40 GPS bike computers. But the really nice surprise was the new online software which enables Bryton users to upload and compare their rides both against their own previous and other people's efforts. You can also use the site to find rides near you too. The array of graphs for all the vital functions is truly impressive in presentation but then their Steven Hsu says it's something they've been really working hard on.

That and the overall design of the new hardware which is polished to say the least. We had hints in the finish of the top-end Rider 50 full-on GPS mapping device we reviewed recently but compared to the Rider 35 the initial offering the new Rider 20 and 40 really do look up to the standard of the competitor they'll inevitably be judged against, the Garmin Edge 200. Both have more features than the Garmin with the Rider 20 being the closest match up in terms of functionality. The Rider 20 though is ANT+ compatible and therefore upgradeable giving you the option to add in cadence and HRM functions by buying the optional chest strap and cadence sensor.

The two units are a similar size but with Rider 20 just the smaller at 3.98 x 6.05 x 1.65cm. The displays are spacious in relation to overall dimensions and most importantly the numerals shown therein large and clear with the resolution on the Rider 40 markedly more expensive-looking. Battery life for both - recharged via USB - is 24 hours. 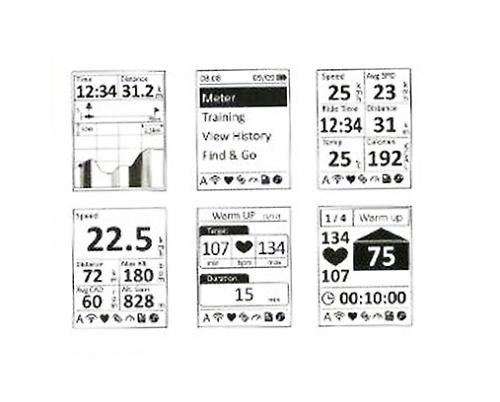 What you see on your Rider 20 are all the usual speed and distance measurements plus calories consumed based on your weight and height which you input initially via a very neat and tidy step-though setup. That's £99.99 and for £139.99 you get a heart-rate chest strap as well although, of course, being based on the Ant+ comms system, you could use anyone else's Ant+ heart rate monitor (HRM) strap and cadence sensor.

The Rider 40 is an altogether more training-orientated device and you know you're in for business when one of the set-up options is to take you through the classic 'ramp' test to derive your maximum heart rate. Based on that, the unit can either give you suggested pre-loaded workouts - motivating for training on rollers at home  - or your own. For example, if you want to lose weight by cycling, you'll be surprised how slowly you'll be riding to keep within the heart-rate training zone that burns fat most efficiently. The Rider 40 also measures altitude by barometric pressure and the price is £149.99. For £219.99, you get an Ant+ HRM strap and cadence sensor as well.

Not on display last week but coming down the pipeline for launch later in the year from Bryton is the Rider 60 which bundles together all of the training functions of the other computers along with enhanced navigation functions based on OS Mappinng for the UK and pre-loaded European mapping too - currently only Garmin's range-topping Edge 800 offers OS mapping… interesting times ahead then when it comes to computers and GPS devices. 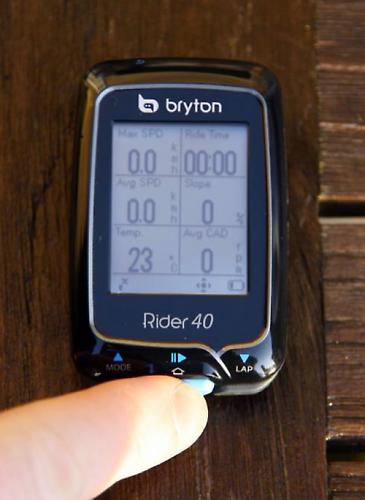 Bryton Rider 40: more training zones than you can shake a stick at.