7
10
Well-made GPS unit with good range of data and built-in UK mapping. Feels a bit like a work in progress at times.
Weight:
108g
Contact:
www.brytonsport.com
How we test

Bryton are a new player in the GPS market and their Ryder 50 is a colour unit with full UK mapping built in. It's a bit rough round the edges in terms of the software side, and feels a bit like a work in progress at times, but performance is generally good and the unit itself is solidly built and fairly easy to use.

Open the box and out tumbles the GPS unit, a mount, a charger and assorted gubbins. First impressions are of a nicely-made bit of kit, it feels solid enough and switching it on for the first time reveals that the screen is good quality. Don't expect a super-fine screen like your smartphone; those eat power and aren't much good for units like these. The TFT is clear enough without a backlight, pressing the 'return' button (or using any of the controls) will fire up the light for a clearer view.

You get the usual array of functions here. You can track your route on a map, or follow a route you've uploaded. There's speed and distance functions, altitude (via a barometer), a compass, averages, stopwatches and timers. You can train with intervals, or race against yourself, either at a preset speed or against a recorded track. There's a step counter for jogging and walking and you can add HRM and cadence data with optional sensors. All of the recorded information can be fed back to the Bryton website via the BrytonBridge application, which installs the first time you plug the unit into your PC. A Mac version of the Bridge software is on the way.

The original mount that came with the Rider 50 was a bit flimsy; okay for road riding but not for offroad excursions. Bryton have revised the mount though, and the second one we received (a stem mount with overlapping O rings, a bit like the latest Garmin ones) was much better. Stick it on the bike and off you go; you can follow your progress on screen.

Mapping wise the Rider 50 uses OpenStreetMap to cover the UK. This mapping has the benefit of being free and open source, and it's constantly updated by users. That's the plus points: on the negative side it's simply not as accurate as Ordnance Survey. I used the Rider 50 on- and off-road and while I was expecting to find that some of the local trails wouldn't be on the map, I was at least expecting all the roads to be there. However I did at times find myself cycling over blank space on the map, even though I was very much on tarmac. If I was a more conscientious OpenStreetMap user I'd import my GPX file into the editing system and add the missing road. I'm not though; I'd rather the mapping was just right in the first place. The other issue is the the trails aren't as easy to decipher as on OS maps; bridleways look like byways look like footpaths. That might just be a familiarity thing.

In use the Bryton unit is fairly simple, although the buttons on the side of the unit are hard to access with gloved fingers. On top of that there's quite a lag – as much as a second – between hitting the button and the screen updating. Add those two things together and you're never really sure whether you've pressed or not, which can be frustrating. The chipset is very good; sensitivity is excellent and the Rider 50 hardly ever lost contact with the satellites, even in some pretty thick woods. Battery life is good too – ours ran for about 12 hours before giving up the ghost – but it's frustrating that the unit doesn't power down or sleep when it's not being used.

The Bryton Bridge software, and the Bryton website itself, underwent major revisions during the time that I was testing the unit; it's a hard life being an early adopter. The firmware on the unit was under constant revision too, meaning that each plug-in of the Rider 50 meant some lengthy waits downloading updates for the unit, or the bridge software, or both.

To Bryton's credit the installation process was straightforward and the updates were all improvements. For instance, the final update of the unit added another data screen in a different configuration, and with both data screens fully customisable it effectively doubled the amount of information you could display. The Bryton website is reasonably slick too, though I'd prefer that the default setting for routes was private rather than public, seeing as how they all start from my house. On the website you can view all your data, and the public data of other users, download GPX files and keep track of your training.

Perhaps unsurprisingly I found that I was constantly comparing the Bryton with Garmin units. In effect it falls between the Edge 705 and the Edge 800; it's like a 705 with better mapping, although it's not capable of displaying as much user data; not, at least, until the next update which may well add yet another data screen. Garmin have really upped their game with the Edge 800 though, and the Bryton doesn't get close to the new unit in terms of ease of use or mapping clarity. An Edge 800 with UK mapping is going to hit you for £400 though, and you can have a Rider 50 for less than half that, and less than a 705 as well.

It's horses for courses really. If you're really going to be relying on the mapping and it's your primary concern then you'd be better off biting the bullet and going for a Garmin Edge 800; that's the benchmark unit in terms of overall performance and map clarity. If that's not so much of an issue and you just want to keep track of your training with the maps as a backup, then the Rider 50 makes more sense - there's also an uprated version with an integrated heart rate monitor for £255 (though shop around and you can get it for less). You'll have to weigh it up against a Garmin Edge 705, which has a more developed online community and is generally slicker although possibly not as easy to use out of the box, and a bit more expensive. The pace of development at Bryton – both firmware and software – suggests that the Rider 50 will continue to improve. As it is, it's certainly worth a look.

Well-made GPS unit with good range of data and built-in UK mapping. Feels a bit like a work in progress at times.

Bryton Rider 50 is a GPS cycling computer designed for cyclists of all levels. You can personalize your preferred settings with 33 options of display information. Brytonsport.com provides you a cyclist's playground where you can share cycling and training results, join teams for games or competition and explore new horizons.

• Waterproof: IPX7 (Against water immersion for 30 mins at a depth of 1m)

solidly built, the original mount was poor but the replacement better

Pretty good, limited a bit by the mapping

No issues on test, waterproofing is effective

Comparable to other similar units

Cheaper than a Garmin but not quite as good. You pays your money...

Did you enjoy using the product? Yes most of the time

Would you consider buying the product? I'd probably still go for a Garmin 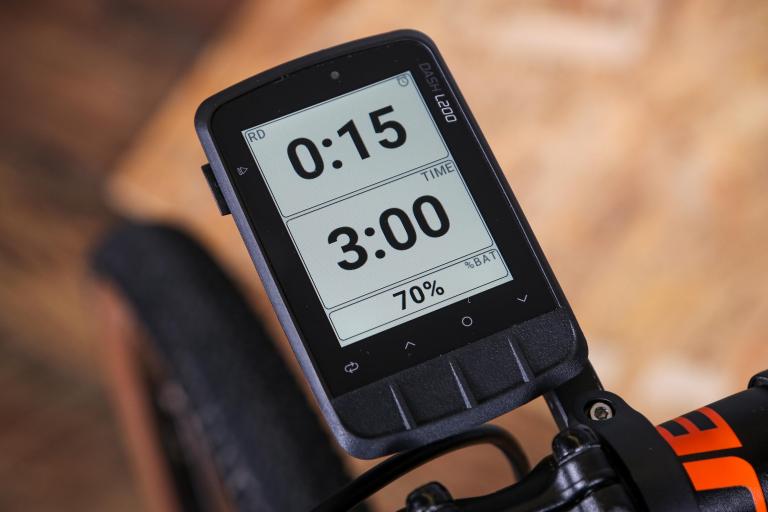 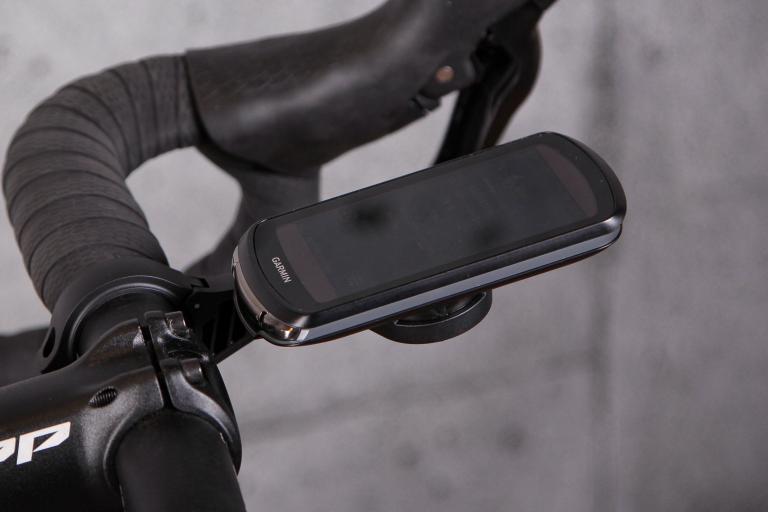 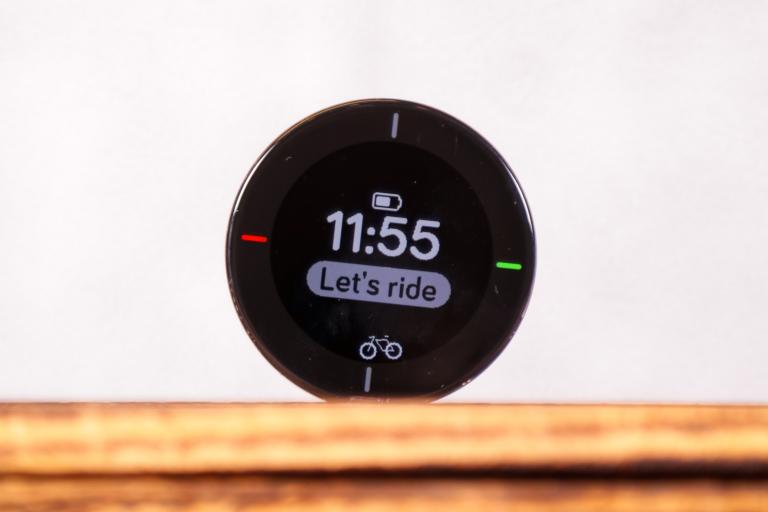 Simple-to-follow navigation computer that is small, sleek and well priced 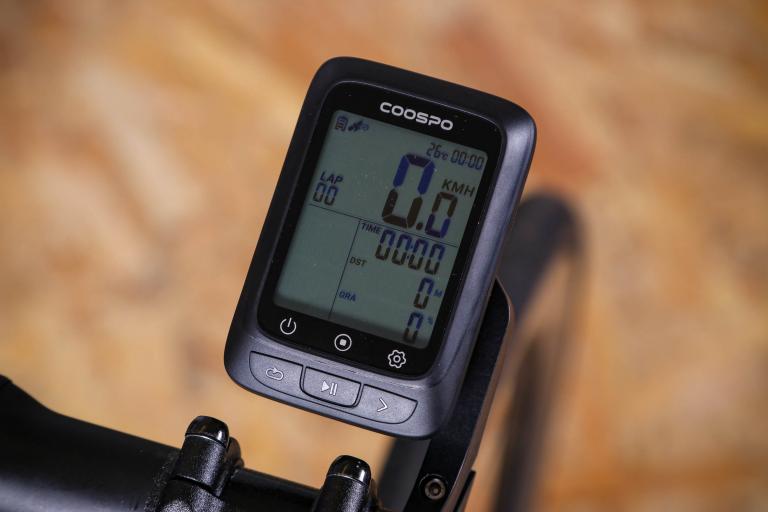