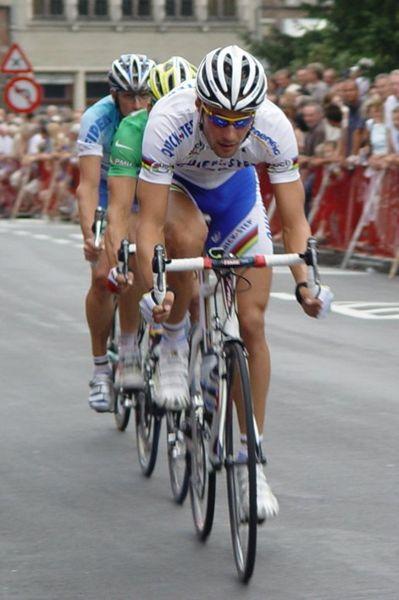 As predicted Tom Boonen will be taking Tour de France organisers Amaury Sport Organisation (ASO) to court in a bid to be reinstated in this year's race which starts on 4 July.

Jean-Louis Dupont, lawyer for Boonen's Quick Step team, said in a statement Tuesday they "hoped for a court injunction" by Friday or early next week to ensure Boonen could ride in the Tour. Quick Step and their lawyer hope to have their day in court in Paris next Thursday.

Last week ASO barred Boonen saying that his recent failure of a second drugs test for cocaine use made rendered him unsuitable for their race.

"Following Tom Boonen's recent test, after a first test in 2008, the Tour de France, after meeting Quick Step team representatives, can only state that the image and behavior of Tom Boonen do not match the Tour de France's image or the one that should be promoted by such an exceptional champion," ASO said in a statement.

If upheld ASO's decision would mean that cocaine use would have cost Boonen the chance to compete in two Tours in a row – and would have serious financial consequences for his team, Quickstep deprived of their best rider and most marketable asset at the world's biggest bike race.

Last year Boonen missed out and the Quickstep management stood by the race organiser's decision – this year things are different. One possible complication for ASO is that on the day they announced Boonen was persona non grata the sport's governing body, the UCI announced that in its view there was no case to answer because the test was carried out during a resting period between races and no further action will be taken.

Boonen was tested for cocaine use by Belgian authorities after a search of his house for drugs in April. So far there has been no word on what they were searching for or if anything was found. Ironically earlier this year a Belgian judge decided that missing last year's Tour was punishment enough and took no further sanction against the cyclist who is a national hero in Belgium on the grounds that he had suffered enough.

There are already some interesting theories on how Boonen may have tested positive for cocaine without actually taking it (apparently it is possible) and basically comes down to the company he keeps and, how he keeps it.