Bikes of the UCI WorldTour: Pinarello Dogma 2 of Team Sky

…and not just Team Sky; it's Cav's own black one with World Championship rainbow bands
by nick_rearden

There are two teams in the WorldTour circus riding Pinarellos and one of them is our own dear Team Sky, a squad packed full of loveable stars like Bradley Wiggins, Edvald Boasson-Hagen and Chris Froome, winners all and likely to be riding their bikes this season back with the same Cyan Blue livery if the Sky riders at the Australian National Championships this weekend were anything to go by.

We only have until Sunday to see whether they're springing anything like the surprising Rainforest Green bikes they first rolled out for the Tour of Britain in 2010 in honour of their preferred WWF charity; a clue might be this all-black Pinarello Dogma 2 decked out with the World Championship bands and therefore the mount of Sky new boy Mark Cavendish.

The distinctive wavy forks and rear stays, even more accentuated than on the original Dogma mark out this Mark 2 model we previewed at Eurobike, like no other. Ostensibly, they're to improve the ride damping characteristics of the carbon fibre but like the 'curly' Hetchins and E G Bates frames of the 1940s and 50s, we suspect it's more to do with looking different from other carbon frames that do look increasingly generic among the competition although the growing number of 'aero' strategies - see Ridley Noah - is certainly helping with differentation. As ever with bicycles, it's hard to argue when their riders are doing so well.

On componentry, the Shimano Dura-Ace Di2 for now still features electronically-shifting 10-speeds with an upgrade due to 11 shortly among the top professionals. When? The Giro d'Italia? More likely the Tour de France we reckon but we'll be finding out for sure in a few weeks when we're treated to our annual press presentation and they give us a nice lunch and ask us nicely not to spill the beans.

What we can tell you now is that Shimano are bringing over to Sky's Pinarellos their own in-house Pro-branded handlebars and massively oversized stems complete with 'Mark Cavendish' signature. There will also be Fizik saddles all round which will sadly spell the end for Bradley Wiggins' 'mod' Prologo. Sad face. 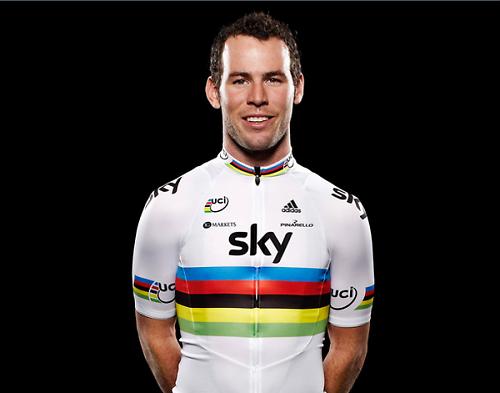 How smart will this look on an all-black Pinarello but will he get away with black shorts? 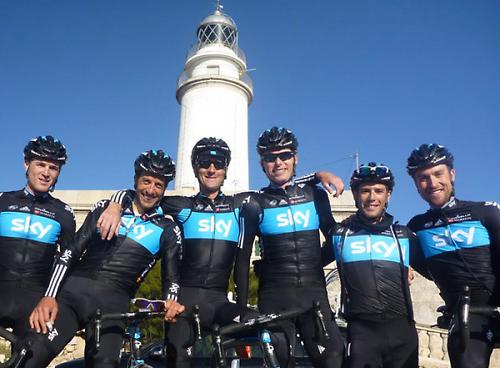