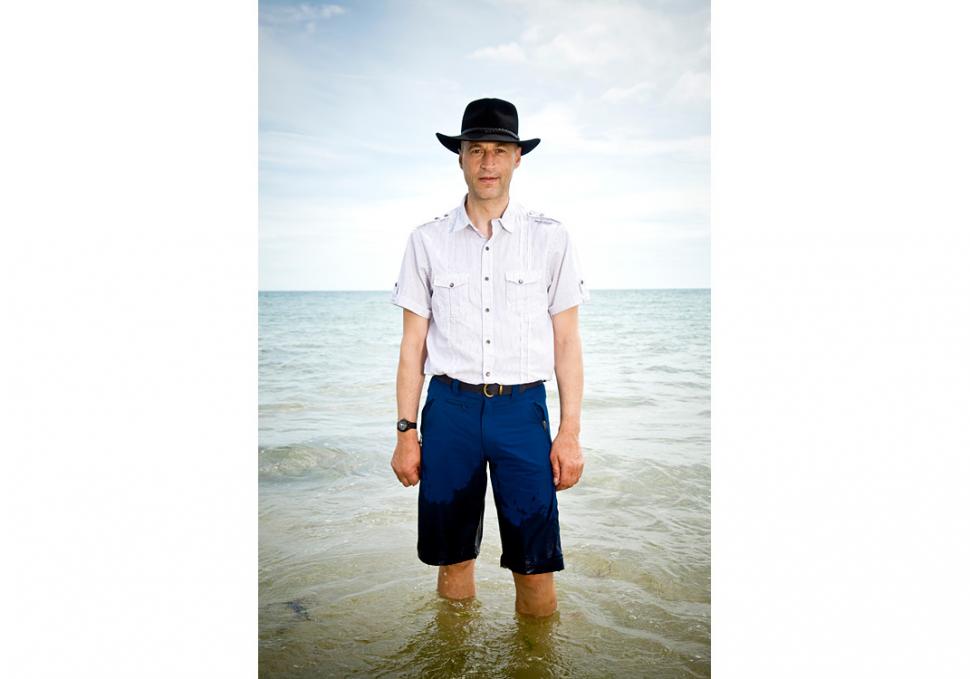 This weekend sees the launch of one of the most eagerly anticipated cycling books for a long time, Graeme Obree’s The Obree Way – a training manual for cyclists. What’s more, the Flying Scotsman will be signing copies in Edinburgh and Glasgow on Saturday and Sunday.

From his background as an outsider who designed and built his own bike, taking on UCI officials in the process, to his battle with depression and more recent return to the public eye with initiatives such as the Graeme Ayrshire Obree Sportive, the 46-year-old has a special place in the affections of the British cycling public.

If you’re familiar with Obree’s story, you’ll know that this isn’t going to follow the sports science route – as the publishers say, “When Chris Boardman used heart rates and power cranks to train for the hour attempts, Obree took to the hills of Scotland, old school.”

Speaking to road.cc earlier this year, he outlined some of the issues tackled in the book: I tell people not to have a training schedule because you can’t tell how the body is going to react to each training session. So I’m promoting the feel factor and seat-of-the-pants training, sensible diets and things like that, instead of laying down a whole training schedule where you’ve got your massage and you’ve got to eat certain things at certain times.

“It’s aimed at people who’ve got jobs and families and social circles, who want to keep those and who have limited time to use, and it will show them how to use that time more effectively, as opposed to lots of training manuals that assume you’ve the same time and resources as though you’re a professional. This manual is aimed at people who have other commitments to deal with.”

The book breaks down training into what are described as “bite size chunks,” cutting through what can often be a mass of confusing and conflicting information to focus on the essential point of helping you focus on improving your performance on your bike.

The training manual, which is promised to ensure that “cycling training will never be the same again,” costs £30 plus postage and can be ordered from www.obree.com from Saturday 17 December.

Meanwhile, Obree himself will be attending sessions to sign copies for the book for fans this weekend as follows.

The introduction, reprinted below with the kind permission of Graeme, provides a flavour of what’s in store.

When I joined a cycling club at the age of fifteen I had no idea that I would go on to become a world champion and world hour record holder. At the start I would ride about in jeans and a padded jacket and had no interest in competitive riding, captivated instead, by the thought of the next horizon.

I was fortunate that I landed in a position where I would learn a lot from the start about the two main aspects of cycling – the equipment and the physical demands of the sport. Not having loads of cash to spend meant that I had to be very hands on with old, recycled or damaged equipment but that was an excellent way to  learn what you do and do not do in regard to bike set-up. I ended up involved in racing pretty quickly but at the same time undertaking huge rides through the Scottish countryside with experienced riders and that kick-started a learning process that would only continue.

Using a pre- World War 2 track machine and a combination of (then) contemporary training ideas alongside my own ideas I became Scottish Junior champion in 1983. It was an era when the concept of getting in as many miles as possible was being challenged by new ideas about speed work, interval training, strength work etc. In a vacuum of real awareness I found it necessary to employ training methods that I felt worked for me and that survived the process of logical analysis.

In the following years it would become habit for me to question every aspect of bike set-up, riding technique, positioning, nutrition and training. This led to the development of the ski-tuck position in 1986 which I used when attacking the World Hour record on Old Faithful in 1993. Those intervening years were filled with analysis of many other aspects of racing and preparation that cumulatively have a large effect on the efficiency of the cyclist.

For me that meant not only using the tuck position but also employing a lot of additional knowledge, information gained through experience, experiment and in a lot of cases – failure. The day I broke The World Hour Record, I stepped up on a bike that is now famous for being partly constructed out of a piece of a washing machine, Old Faithful, but what people did not see was the pedalling technique that maximised efficiency as well as the breathing control as best as I knew it at that time. Also not seen is the belief in my own ability that did not come naturally from my own personality but from the realisation that without using the power of the mind then it is not possible to achieve optimal performance.

Having dabbled in other sports like speed-skating and triathlon in the eighties and having experimented with alternative training approaches I developed an almost obsessive need to drill into information sources in an effort to determine ‘best practice’. This meant analysing every detail of every system some traditional and some commercial, the commercial systems of course driven by the need to sell products and services. This manifested itself in the form of absorbing as much information as I could from text books and research while at the same time not losing touch with whether something ‘feels right’.

After gaining the World Hour record and winning the Individual Pursuit title in 1993, my tuck position was banned. I had no choice but to use these very same techniques of analysis to maximise the potential of the clip-on ‘tri-bars’ that the other riders had been using all the while. The result was the ‘Superman’ position with my arms stretched straight out in front. I regained my world title using this style and it was copied with great success by other riders but it was banned soon after.

I carried on riding conventionally and using my training knowledge I won the British Time-Trial Championship in 1997 as a point of proving athletic rather than technical advantage. I have raced sporadically over the years with reasonable success and since I do not possess a car I have maintained my interest in cycling performance. Further study allowed me to enhance my breathing technique and pedalling style and I have a body of knowledge that I wish I had possessed much earlier in my cycling career.

What I put forward in this book is in effect my own modus operandi. This is a time of great popularity in the sport of cycling and there can be a bewildering bombardment of advice to trawl through, especially for those new to the sport – and much of this advice being quite contradictory. You may or may not find every piece of advice in this book useful but what I offer up is the totality of my own ways, no more and no less. I have tried to be as objective as possible but where a statement is purely opinion I have tried to make that clear. I hope the advice is of use and can make a difference to readers in some small way.