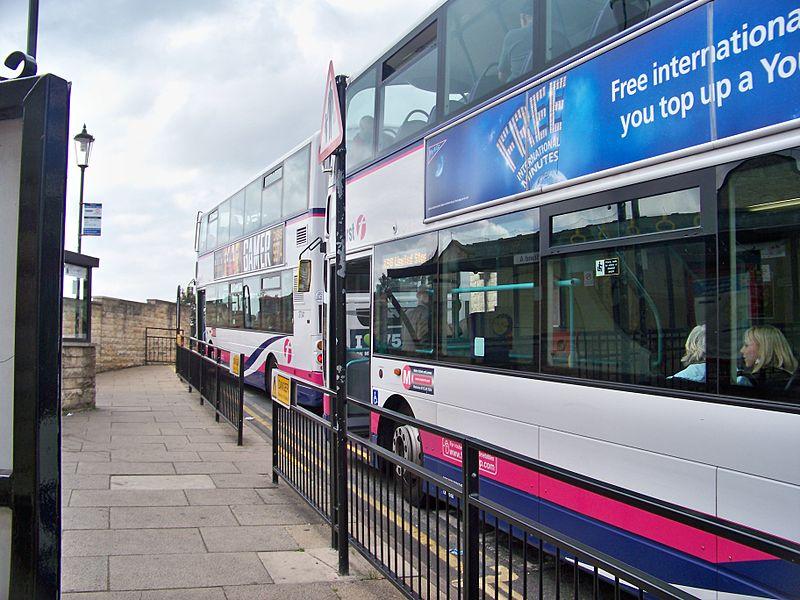 Public transport operator First Group has joined forces with Yorkshire-based cycle training provider Pedal Ready to provide cycle awareness training to its drivers in Bradford and other towns and cities throughout the region.

The initiative, which also sees stickers placed on buses to warn cyclists to take care while riding near them, forms part of the a Passenger Safety Month campaign currently being conducted by the company, which also operates bus services in Halifax, Huddersfield and Leeds.

Quoted in the Bradford Telegraph & Argus, Brandon Jones, sales and marketing manager for First in the north of England, commented: “The safety and security of our passengers and staff is central to everything we do.

“During November, this message is being further highlighted as we run a series of internal and external events across the region, raising awareness of all the things people can do to ensure their stay safe while travelling on our buses.

“We were particularly keen to tackle the issue of cyclist safety, which we know is of concern to a number of cyclists across the area. By talking to cycling safety experts, we have been able to incorporate the relevant dos and don’ts into training for all our drivers.

“Issues such as cyclists changing their position on the road and the reasons behind it are key to our drivers’ understanding of how to act in each potential circumstance.”

One of First Group's buses was involved in an incident in which a male cyclist aged 29 was killed in June 2006 at the junction of Bolton Road and Wapping Road in Bradford, the location singled out as an accident blackspot where several road users have lost their lives and a number of others seriously injured.

According to Pedal Ready, it is now a co-operative of more than 40 members supported by a dedicated support staff. As well as providing Bikeability training to schoolchildren throughout Yorkshire, it has also forged links with major organisations and employers active in the region.