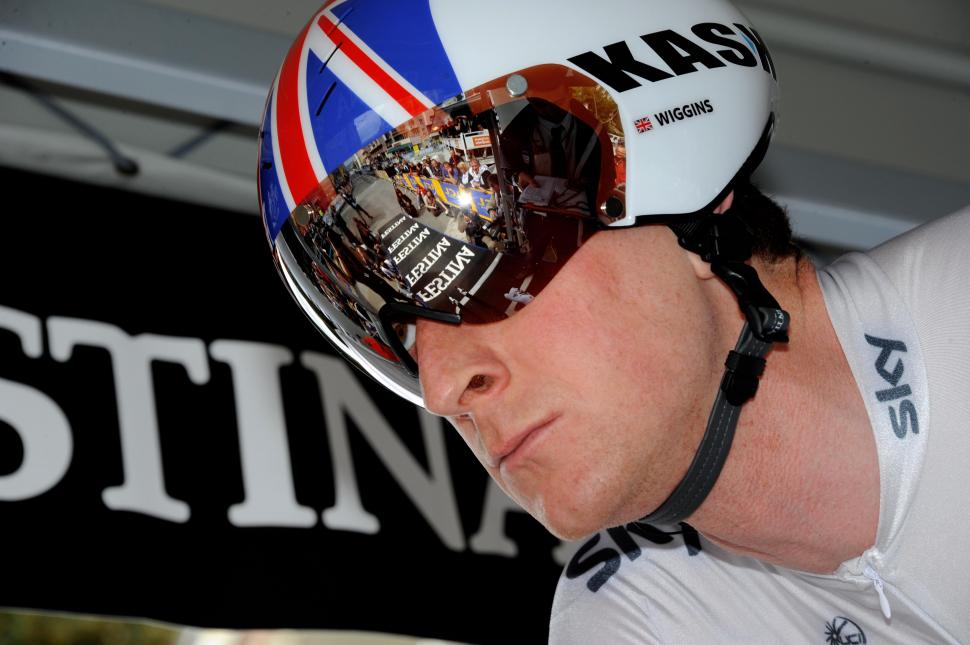 Route leak on official Tour website suggests 2012 could be Wiggo's year… or Froome's...
by Tony Farrelly

Team Sky and British Cycling's promise to deliver a British winner of the Tour de France by 2014 got an unexpected boost this morning courtesy of Tour de France organisers ASO… well if the 2012 Tour route accidentally published on the Tour website is true.

That route features a much gentler finish to the race than in recent years - probably taking in to account the Olympic commitments of many of the top riders barely a few days later. It also features a lot more time trialling with three races of truth each progressively longer than the last, starting with a 6.1Km prologue dash in Liege, followed 10 days later by a 38Km test between Arc-et-Senans and Besançon and concluding with what in theory will be race deciding 52Km time trial from Bonneval to Chartres.

On paper at least the leaked route looks to offer less to pure climbers like Andy Schleck with only three likely mountain top finishes although given that only start and end points for each stage are listed we don't necessarily know what climbs may be thrown in between those two points. What we do know though is that the riders will climb 25 mountains in total – 11 in the Pyrenees, six in the Alps, four in the Swiss Jura mountains, 3 in the French Jura and one, stage 17 at Peyragudes in the Vosges.

What we know of the route so far suggests that it is a route suited to all rounders who can time trial well, men like Bradley Wiggins of Sky, and his team mate Chris Froome too, and of course Tony Martin, and defending champion Cadel Evans. And while he might prefer more high mountain action it is unlikely to scare Alberto Contador who, meat issues notwithstanding has said he is targeting next year's Tour.

Of course the big question has to be, is the route real? The evidence suggests that if it isn't the actual route when officially announced next week won't be much different. For a start ASO has not been in the habit of leaking details of its biggest race in the past, and were insiders in the mood for leaking it's doubtful they would choose to use the official Tour websiste, letour.fr as their means of doing so.

Interestingly the leaked route which was spotted by journalist Sander Slager of the Dutch Wieler Revue website and then by VeloPeloton.com seems to confirm predictions we wrote about last week that the 2012 Tour would go a bit easier on the riders in the finale… "easier" being a relative terms here. It is also worth pointing out that. It looks even more likely to be true when compared to Thomas Vergouwen's prediction on the Velowire.com. We last wrote about Thomas almost exactly a year ago to the day, he used to write the blog for telecoms company Orange when they were an official partner of the Le Tour makes it his mission every year to scour local media and use his contacts in the hospitality industry to piece together his route prediction ahead of the official announcement - last year he got it 100 per cent right. This year's leak looks very much like the predicted route now taking shape over on Velowire.

So the route looks kosher, this one smacks of cock-up rather than conspiracy… unless of course ASO were testing to see whether we are all paying attention.

Over to you then Bradley, Chris and Mr Brailsford… a British winner of the Tour de France two years ahead of schedule followed up by a British win in the Olympic road race. No pressure then