British brand revamps bikes for next year
by Mat Brett

Pearson have revamped their range of bikes with new models and new names across the board.

You’re either going to love the new names or hate them. What was the Touché last year is now called Once More Unto the Breach. There’s a bike called A Cunning Plan, another called I May Be Some Time, and the time trial bike is called Goeslikestink.

As rebranding goes, it’s an adventurous one, especially as Pearson’s Sutton bike shop is the oldest in the world, now over 150 years old, and you might expect them to play up the heritage angle more. There’s a certain novelty to having ‘Minegoestoeleven’ written along the top tube but is it going to wear thin quite quickly? Time will tell. 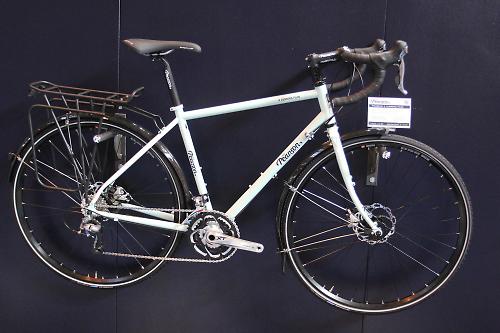 A Cunning Plan is a new steel bike in the range – Reynolds 631, to be precise. It’s a tourer/expedition bike, or a commuter. 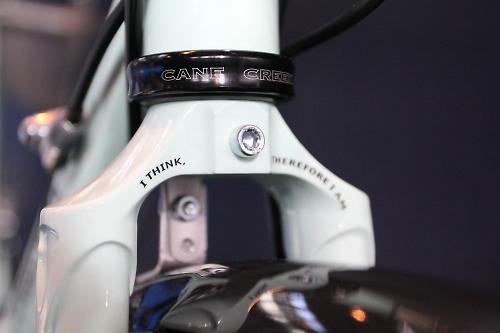 You get disc brake mounts and eyelets for racks and mudguards, and little details on the paintwork like 'I think therefore I am' written on the fork. You'll find features like this across the range. The frame costs £449 and a typical built-up bike will set you back £1,699, although you can choose the exact spec for yourself and it’ll be priced accordingly. 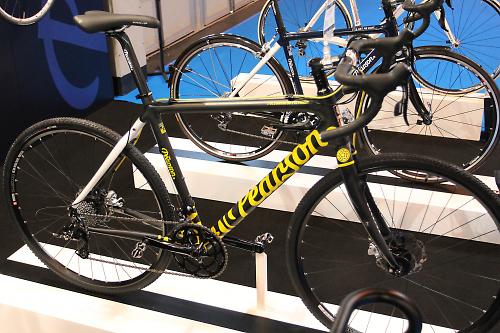 The I’ve Started So I’ll Finish is a new unidirectional carbon cyclocross bike. You could race it if you like but the geometry is more general purpose than competition. It would actually make a good expedition/adventure bike. 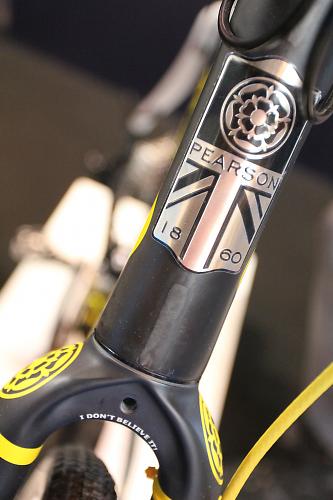 You get mudguard and rack mounts so it could handle the daily commute without too much trouble as well. 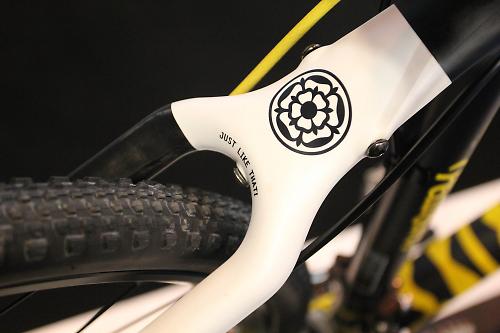 Like all the other bikes in the Pearson range, the I’ve Started So I’ll Finish gets a signature white seatstay on the driveside. The frame costs £1,299. 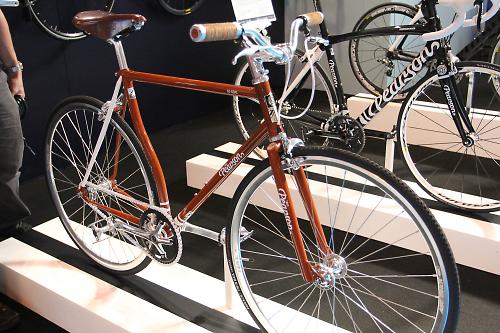 Made from Reynolds cromo steel, the 10 Goal is another new un. The name comes from the handicap system in polo, fact fans, and a 10-goal player is one of a select few world class players. The 10 Goal is designed for bicycle polo but, as there isn’t a great deal of that about, it’ll also be used as a general urban machine. You get rear-facing dropouts for running it fixed/singlespeed and a distinctive curved seat tube. The frame will set you back £249 and a typical build from about £599 – although you can spend a bit more and pimp it up if you like. 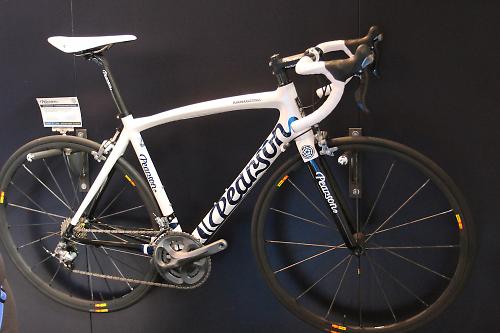 Pearson’s carbon race and sportive bike is now called Hammerandtongs and it’s available as a frame for £1,399. 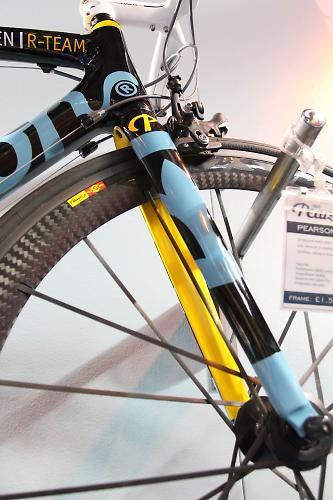 The top-level race bike is the aforementioned Minegoestoeleven (main pic). It’s unidirectional carbon with an integrated seatpost and it’s available in a Shimano Di2 version for those wanting electronic shifting. With a name like Minegoestoeleven, though, surely you have to go with an 11-speed Campag group. Or maybe going 10-speed counts as post-modern irony. Whichever version you opt for, you’re looking at £1,599 for the frame.

The redesigned Pearson range isn’t up yet but you’ll soon be able to see it at www.pearsoncycles.co.uk.