For your eyes only: Canyon's still-under-wraps TT stealth machine...
by dave atkinson

Most of the bikes at Eurobike were on stands for the general public to admire and fondle, but there's always secret machines nestling in nooks and crannies about the show to be wheeled out under the noses of story-hungry hacks before being hidden away again. And the Canyon Speedmax was one of those bikes.

It wasn't exactly a secret, because Canyon had their jigsaw-esque wind tunnel prototype in a sort of peep-show booth at the end of the stand. But this is the first proper prototype. And what a good looking bike it is, with some interesting tech to boot. Canyon have majored on integration on this machine. Perhaps the most work has gone into the braking system. We saw a lot of people using the new TRP mini-V brakes at Eurobike and they have the benefit of being easy to integrate into a frame or fork design. But the drawback is that the brake cable exits at the side, meaning it's in the airflow. 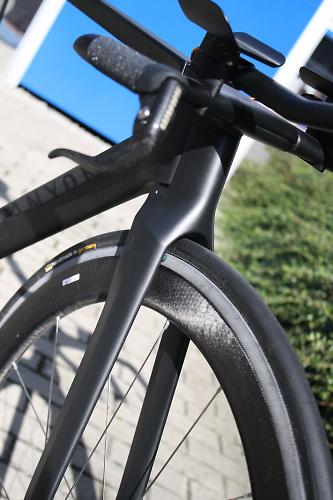 Canyon wanted to keep the cables completely enclosed – a round profile has high aerodynamic resistance, after all – so they instead developed a new integrated centre-pull braking system that's fully integrated into the frame and fork. With the gear cables running internally too, there's only 12cm of exposed brake cable on the whole bike. Canyon's wind tunnel testing suggests that this level of integration can save as much as 7W of effort at 50kph over exposed cabling. 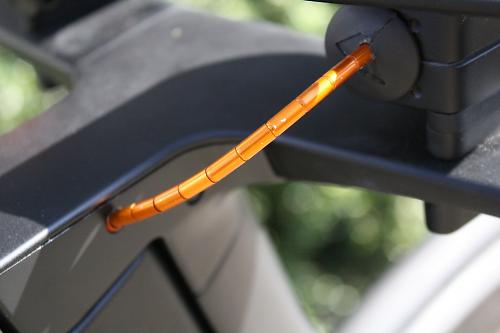 Canyon have been doing their wind tunnel testing at the Mercedes facility at Brackley, near Silverstone. Their wind tunnel prototypes were built from tube sections that could be fitted together like a jigsaw to try different combinations, and they experimented with five different tube profiles and three different forks for the bike. 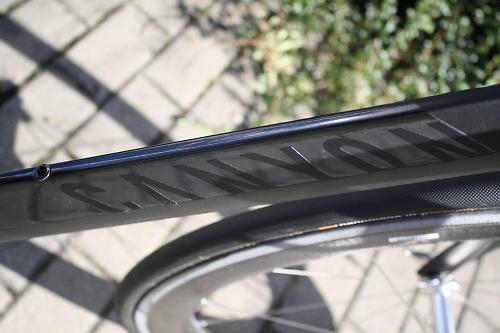 Canyon are calling their chosen tube profile Trident; it's a variation on the truncated airfoils that are becoming increasingly popular for both TT and aero road bikes. The profile is, say Canyon, good in a headwind but even better when the wind is coming at an angle, which in real-life situations is nearly all the time. The fork features narrow blades that are slightly tilted away from parallel, the result being a claimed saving of around 8W over a straight blade. 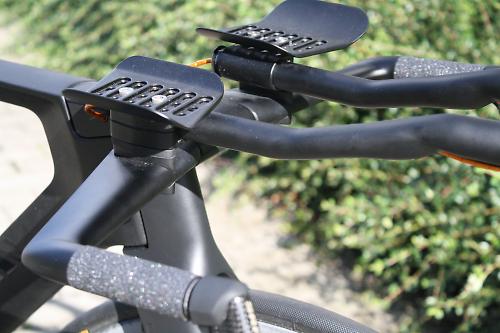 The bike has a totally flat top tube and stem, and the increasingly popular external steerer is also in evidence. On the scale of bulbous and organic to sharp and thin it's very much at the latter end; it put us in mind of the Trek Speed Concept as much as anything although the look is a lot more skeletal.

Canyon have benefited from the input of various professional and ex-pro riders in the development of the Speedmax. Omega pharma - Lotto's Sebastian Lang did a lot of work with the development team to get the braking system right, and ex-pro and Olympic gold medallist Michael Rich advised on the position and fit.

The bike, if produced, would be available with a range of different handlebar systems to suit different riders and disciplines. And how likely is this concept to go into production? Pretty likely, but Canyon wouldn't be drawn on the timescale. "We don't want to say a year and then have everyone waiting for something that's not ready", was their eminently sensible response. Canyon described the bike as having "no design" when we were chatting with them at Eurobike but we'd disagree: that minimal black with shiny and matt finished sections and the black-on-black decals made it one of the best looking bikes we saw all week.