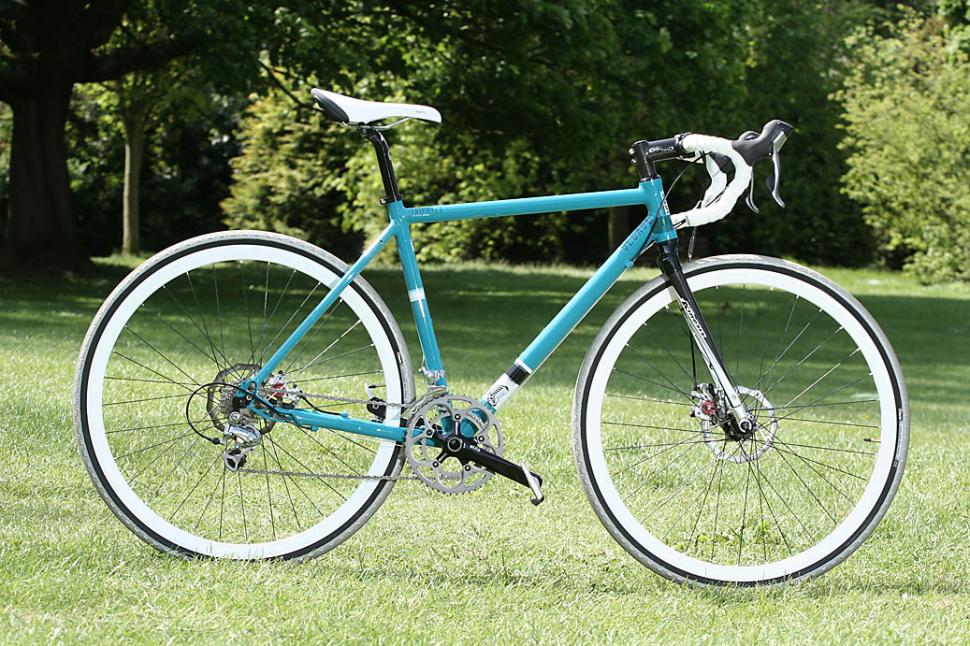 Fast road commuter, weekend 'cross racer, or even urban MTB, the Tripster can be them all
by Tony Farrelly

We saw the new Decade Tripster from Kinesis UK at the CORE bike show back in February and we've been itching to get our hands on it since. Now we have.

The Tripster is one of what seems to be a new brand of British designed bikes (Cotic's Roadrat is another) ultra-versatile machines that can be turned with a tweak or a change of tyre or wheel into something completely different. The once constant being that however you build them up they are really good to ride.

What we have here is essentially a multi-format fast commuting bike. The Tripster is all about being fast, precise and adapatable – in fact it's the motto on the top tube. The idea is to have a supremely versatile bike that is more than just a jack of all trades – it's a platform that can be built up in one of many ways and will do the business whatever role you build it up for. 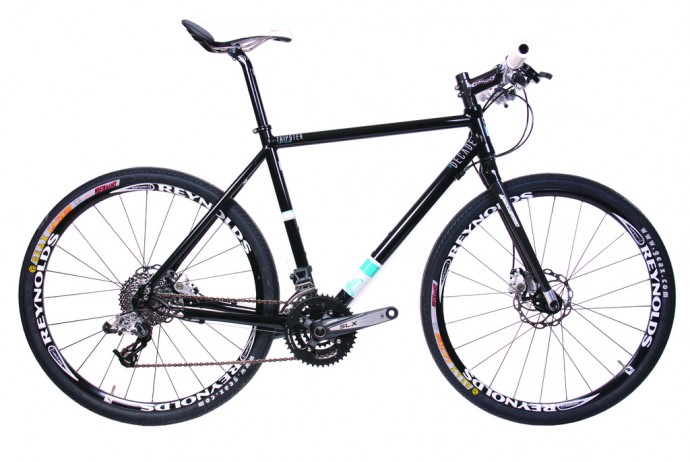 You can set it up with 700c wheels and drops, or as a 26in wheeled machine with slicks, or as a all terrain commuter/weekend racer with 700x33 cross tyres. Or any combination of the three that suits. We've got the all terrain commuter build in Aqua Blue (it also comes in black) and – so far it's been as far off road as the park, but in the couple of short commutes we've done on it we've been pleasantly surprised by how well those 'cross tyres perform on tarmac. Big tyres certainly are comfortable. 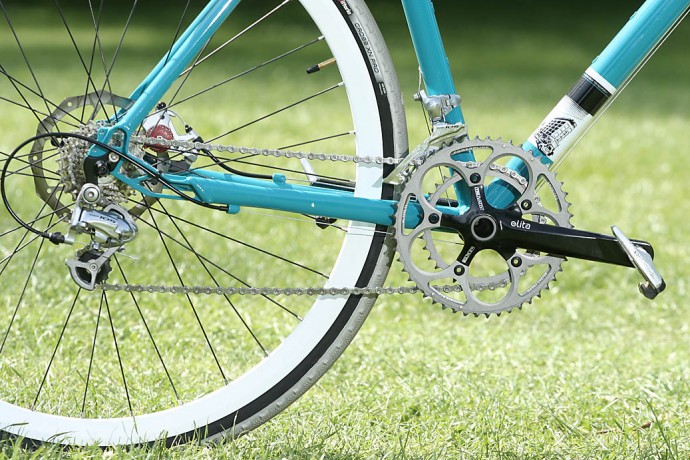 Around here we've always thought the the 'cross bike is the ideal 'do anything' bike platform. The Tripster's frame geometry is based on the Kinesis Crosslight frame and in true cyclo cross style features a high bottom bracket – not a bad feature at all in a fast commuting bike giving better cornering clearance and keeping the bottom bracket area well out of the way of high kerbs and the like. Similarly the discs are run inboard to keep them out of harm's way. Like the Crosslight 4T the Tripster is made from 7005 double-butted aluminium – you wouldn't really expect anything less from a Kinesis.

The big difference in terms of geometry from the Crosslight is that the Tripster has a longer headtube for a more upright riding position. The top tube is fairly short too our frame had an effective horizontal length of 53.6cm the next size up gives a tad over 55cm.

The back end is pretty short too and our limited experience of it so it handles as you'd expect: sharp and nippy – indeed like it says on the top tube 'precise'. The other feature that really leaps out at you about the Tripster's back end is how wide it is, partly a factor of getting the disc inboard of the frame – the rear hub spacing is 135mm, which is standard on MTB frames and those rear stays wouldn't look at all out of place on a nippy little hard tail. No doubting it is all very strong, but on our smallest sized frame at least it does make for a very tight crank clearance. 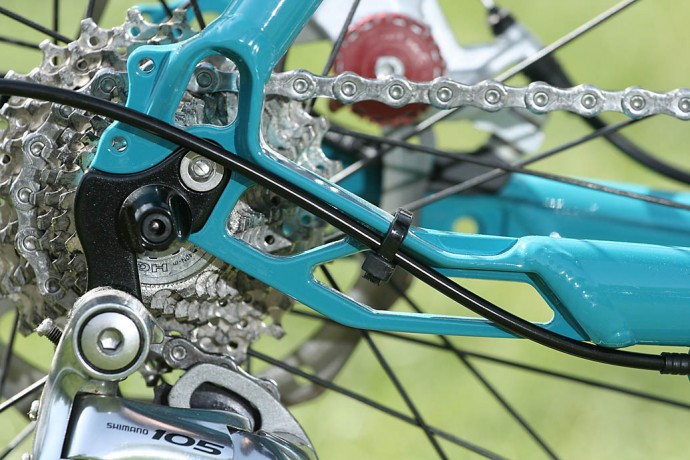 Check out those rear dropouts and you'll also see proper rack and mudguard mounts and there are eyelets for the same on the frame too for a good secure fit. Likewaise the DC19 carbon fork has mudguard eyelets too. There are drillings for brakes on the frame and fork, but there are no cable mounts – so with the Tripster it's really discs or nothing.

Having ridden the disc equipped Roadrat we're not necessarily complaining – disc brakes are a fantastic braking system on a commuter bike, the lack of an alternative may slightly restrict the Tripster's versatility though in some eyes. The Roadrat scores on that point, because you can run other brakes on the other hand you can't have one in Aqua Blue like the Tripster. Whatever colour you go for the Tripster frameset can be yours for £499 which includes the carbon fork, seatpost, headset and seat clamp.

To find out more check out www.kinesisdecade.co.uk