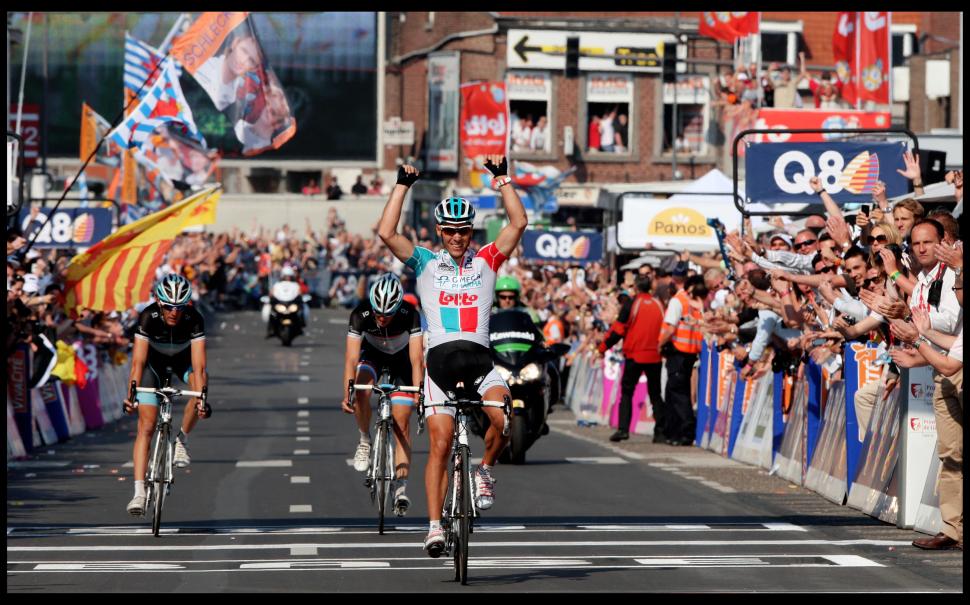 New ranking covers more than 100 races - but how does it compare to UCI Rankings and our Fantasy Cycling game?
by Simon_MacMichael

The Index is likely to provide more fuel for the perennial debate among fans as to who actually is the best rider in the world – as well as providing another source of information on riders for players in our Fantasy Cycling game, although you might want to have a compare the riders’ standings at the end of the article.

Unveiled with just a week to go until the Tour de France, the company says that the Index “draws on IG’s core competency of understanding complex markets and aims to shine a light on the sport’s pecking order to bring it into line with readily understood classifications in other sports, such as those in tennis and golf.”

Cycling journalists and former pro riders worked with Opta and IG to create a system of awarding points that attaches different weights and bonuses to various to the more than 100 races in which ranking points are awarded, compared to just 26 for the UCI WorldTour Ranking.

Olly Stevens, Brand Director at IG Group, said: “As IG Markets have always been about innovation and making markets easier to access, creating a new Index for professional cycling is a natural extension of our business and our involvement in the sport.

“We wanted to create an index that includes all the top races in the world and rewards riders for winning the biggest races throughout the season. This is a different
approach for cycling, and we hope it will create healthy debate.

“We think the Index has the potential to bring cycling to a wider audience and to help it appreciate the sport’s beauty and complexity.”

Duncan Alexander, Head of UK Media at Opta, added: “Opta is very excited to be involved in such an innovative project. The IG Pro Cycling Index should give cycling fans the most thorough indicator yet of just who are the top performing riders in the sport.

“The groundbreaking use of a tiered scoring system benefits riders who regularly show their mettle in the biggest races on the calendar, while the inclusion of bonus points from the IG Pro Cycling Index media panel ensures that heroic performances will never go unrewarded in the Index.”

While the UCI WorldTour Ranking won’t receive its update until after the Tour de France, IG says that its index will be updated every day during that race, and every Monday during the rest of the season.

Races include all three Grand Tours, the Classics and semi-Calssics, and other events including the UCI World Road Championships and National Championships, with each placed into one of four tiers according to “prestige, difficulty and historical value.”

There are bonus points on offer for back-to-back wins in the same season – Philippe Gilbert’s Ardennes hat-trick, for example, was worth an additional 500 points – as well as for multiple stage wins, victories in queen stages and, for each Grand Tour, a “rider of the day” award for each stage.

Rupert Guinness of the Sydney Morning Herald, a member of the IG Markets Expert Panel, said: "For years cycling has been reliant on a world ranking points system that has seemingly fallen short on providing the sport's stakeholders with a true gauge
of a rider's worth and value.

“That the myriad systems in place have so often been changed - while with good intent - reflects the uncertainty within the sport that what exists is the right ranking system.

“The IG Markets Pro Cycling Index, I believe, will provide a thoroughly extensive and insightful ranking of every rider. No doubt, as the index changes according to the parameters of performance set out, it will also provoke healthy discussion."

Another panel member, author and journalist Alasdair Fotheringham, commented: “'Who's the best?' a topic that's been hotly debated by cycling fans for many years. I believe the IG Markets Pro Cycling Index will help answer the question. A system that fairly awards the different disciplines, rider-types and races will also go a long way to helping casual followers of cycling gain a greater understanding of how the sport works."

Eurosport commentator David Harmon added: “The IG Markets Pro Cycling Index is exactly what the pro-tour needs to spark some excitement among fans. The format is easy to understand and has some real world relevance."

The full index and details of how it works can be found here, but we’ve shown the top 20 riders before together with their UCI WorldTour Ranking position to allow a quick comparison to be made between the two. It should be remembered though that while the UCI WorldTour rankings run from the start of this season, the IG points are calculated on a rolling 12-month basis, which will affect some riders’ positions.

One thing that jumps out is the boost that IG’s system gives to sprinters, with Mark Cavendish, Tyler Farrar and Alessandro Petacchi all featuring in the top 20. Matt Goss, 11th here, is 10th in the UCI standings due mainly to the points accrued through his Milan-San Remo win.

A surprise inclusion is Birmingham-born Dan Martin, now registered with Ireland, in 14th position, while French champion Thomas Voeckler who despite thrilling fans in recent weeks with his combative style has not picked up a single UCI WorldTour Ranking point, also makes the top 20, boosted by performances last season.

The top Team Sky rider is Edvald Boasson Hagen, ranked 116th by the UCI but 18th here, while Bradley Wiggins, third in Paris-Lyons and winner of the Dauphiné, is back in 29th place, with Geraint Thomas three further places back.

Astana’s Alexander Vinokourov lies in 21st place, the only rider in the top 10 of the UCI classification not to make the top 20 here.

One statistic that comes as a surprise – of all the riders ranked in the top 100, it’s Cavendish who has spent the most days in the saddle and ridden more kilometres than anyone else.

We’ve also shown the top 20 ranked riders, in terms of points earned, from our own Fantasy Cycling Game.

There, it’s the riders – whether classified as GC riders, all-rounders or even domestiques – that have consistently figured near the top of the overall standings in races such as the Giro and Dauphiné that are the ones to have picked up the biggest points hauls. Food for thought as you make your Tour de France selections.