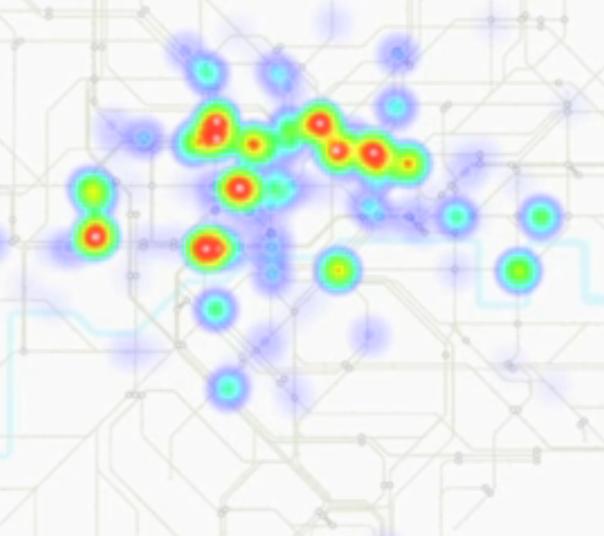 Game seeks to encourage Londoners to explore their city
by Simon_MacMichael

Commuting in London, whatever your choice of transport, can sometimes make you feel as though you are trapped in a video game. If you’re a cyclist, obstacles such as taxis making sudden u-turns can make any journey to work an adrenaline-fuelled rush. For tube travellers, on the other hand, there’s the race to beat the closing doors. Now, Chromaroma, a new online game backed by the Greater London Authority, promises to take your commute into the virtual world.

Okay, it doesn’t feature graphics of taxis making sudden u-turns into a bike rider’s path, nor does it simulate the day-to-day combat of fighting – in a very discreet, non-contact, polite British way, of course – a fellow passenger for the last vacant seat in the carriage.

What it does do, however, is rather cleverly take data from your Oyster Card or Barclays Cycle Hire Scheme key, and track your movements, allowing you to rack up points through your daily journeys. At the same time, there’s a social networking element, with the game aiming to “connects communities of people who cross paths and routes on a regular basis,” according to the Chromaroma website.

Chromaroma from Mudlark on Vimeo.

“At its simplest, Chromaroma is about amassing the most points possible. By watching your own travel details you can investigate interesting new ways to travel and exciting new destinations in order to get more points. Grab "multipliers" and bonus points by working with a team, building up connections with fellow passengers and discovering mysteries that are attached to locations on your routes.

“Beyond competition and conquest, Chromaroma's gameplay opens up the beauty in the city's transport flows and reveals to its most persistent players some of the mysteries of travel, and even the strange characters travelling through the tunnels in the centre of the system, who may hold the secrets to your city.”

Another aspect of the game is that it forces players to rethink their travel patterns and encourages them to switch to more environmentally friendly modes; yes, you can acquire points for a quick tube journey between two stations, but you’d get more if you got off a stop or two early and walked the rest of the way or completed the journey by Boris Bike.

You can find out more about the game, including how to sign up, here.