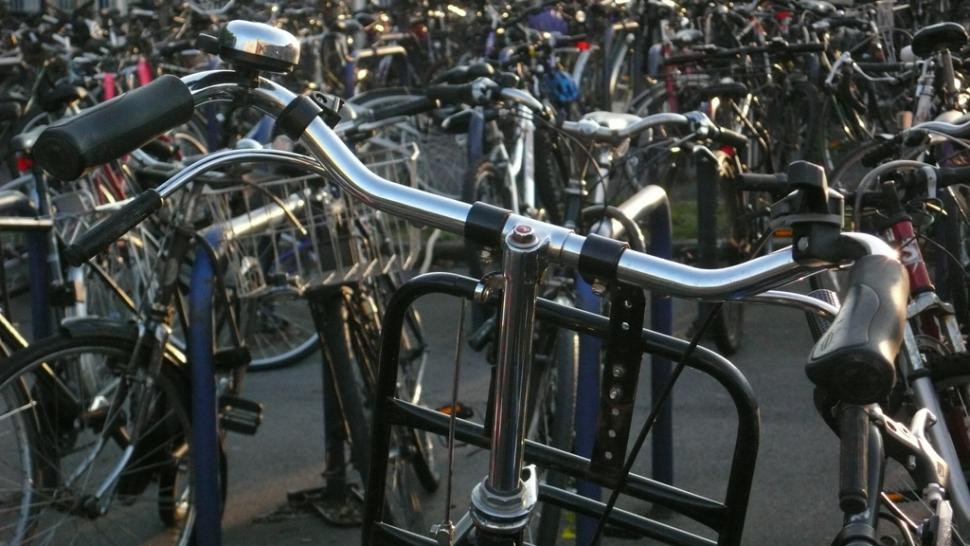 Cash splashed on cycling facilities in Woking and Leicester

Bristol may have spent the last of its Cycling City money, as reported on road.cc in December, but elsewhere in the country, investment in cycling infrastructure is continuing with news of new facilities in Woking and Leicester.

Woking, which benefits from Cycling Town status under the scheme operated by the soon-to-be-wound-up Cycling England, has unveiled new bike parking facilities at two South West Trains stations, as well as at the town hall itself.

A bike rack holding up to 30 bicycles has been installed at West Byfleet station and improvements are also being made to facilities for cyclists at Brookwood station.
In addition, parking spaces for 20 bicyles have been installed outside the Surrey town’s civic offices, where a bicycle-only crossing is also due to be completed this month.

Cycling Town Programme Manager Paul Fishwick told the Get Surrey website: “It is great news that new cycle racks at West Byfleet station are being used to capacity on a daily basis.

“This clearly demonstrates a previously suppressed demand for cycle parking,” he continued.

Referring to the new parking outside the civic offices, Mr Fishwick added: “These smaller scale developments, along with the larger infrastructure projects, make it much easier to connect people to places for short distance everyday tasks such as commuting to work.

“These can include commuting to work, going shopping, taking children to work and linking to other sustainable modes of travel, such as rail.”

Elsewhere in the Surrey town, a two-tier bike rack capable of holding 90 bikes has been relocated from Peacock Walk to Dukes Court in response to demand from local businesses to provide secure bike parking.

“The Josta rack has been the perfect space solution for the offices, complemented by the additional security provided by the CCTV system and swipe card access system.

“Since its installation, we have seen a significant weekly increase of people commuting to Dukes Court by bike,” he added.

Woking is currently running a public consultation on sharing space between cyclists and pedestrians in two areas of the town centre, open until 25 February, and you can find more details of that here.

Meanwhile, in Leicester, which in June 2008 lost out to Bristol in the race to secure Cycling City status and the initial £11.4 million investment that came with it, some £150,000 is to be spent on refurbishing a bike park at Leicester Town Hall.

Yesterday, Leicester City Council formally took over management of the bike park, which will remain open throughout refurbishment, from former operators Groundwork Leicester and Leicestershire.

Once refurbishment of the facility has been completed, Leicester City Council says it will invite expressions of interest from parties that might want to take on the operational lease.

Andy Salkeld, cycling co-ordinator at Leicester City Council, commented: “The Bike Park is a huge asset to the city but a refurbishment is long overdue. We want it to be a central hub for all things cycling and especially for new and family cyclists.

"We are working closely with local bike projects, training providers, cycle clubs and event organisers to provide an accessible, central, one-stop shop for all things bike-related in 2011,” he continued.

“Cycling numbers continue to grow across the city and to help people taking to two wheels in the new year – and to say sorry for any disruption – we are pleased to offer free secure parking and Bike Park membership during the refurbishment.”

"People will also be able to sign up for cycle training, the Cycle Challenge and Sky Ride at the Bike Park from January. We are constantly improving the infrastructure for cyclists and the planned refurbishment of the Bike Park is another example of this.”