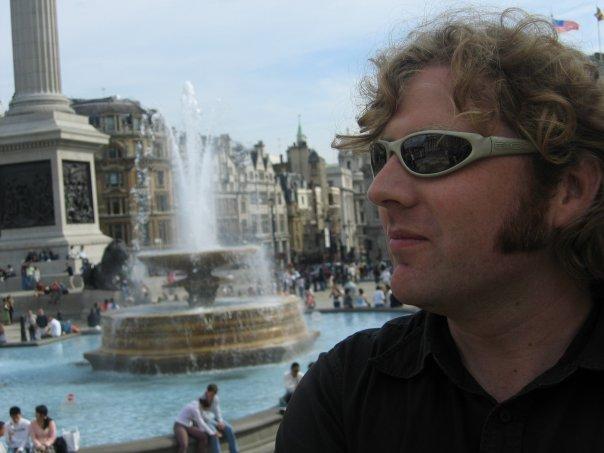 Football fan plans season in the saddle riding to every match

Aspiring author, York City Football Club supporter and cyclist Simon Hood is preparing to combine three of his passions by following his team next season on his bike.

The 32-year-old former resident of the cathedral city, a lifelong supporter of its Blue Square Premiership team, will quit his job this summer to spend 10 months attending every single York City match, home and away, provided the team isn’t relegated first.

Cycling feats of this kind are not entirely new. Road.cc recently reported on comedian Dave Gorman’s upcoming stand-up tour, Sit down, pedal, pedal, stop, stop and stand up, which will see him travelling to gigs on two wheels – although on paper at least the York City fan looks like he has set himself the greater challenge. So what’s Simon’s story?

“I've always been looking to write a book and this is a hook I can hang two interests on,” Simon told road.cc. “It just seemed a ludicrous enough proposition to intrigue people outside York and their league, which is the Blue Square Premier, unfortunately.”

Despite his admittedly “pessimistic” attitude towards the club, Simon says he is reasonably confident they will stay up this season, meaning he would start cycling in mid-August until April or even mid-May if they do well (but not so well they get automatic promotion) and make the play-offs.

He says the trip will be a test of his commitment to his team. “I suppose subconsciously I must love York City,” he said. “It’s a fickle mistress.”

Simon has cycled from Lands End to John O’Groats on a budget of £5-a-day, but 10 months on the road will be a bit different and entirely dictated by the fixture list.

“Torquay would be the longest trek at the moment,” he says, “But there's a good chance they'll go up this season, fingers crossed. This week would have been tricky - York on Saturday, Weymouth on Thursday, Ebbsfleet on Sunday. Overall it should be feasible though and if it comes down to it I'll improvise/cheat.

“It's making me want awful things for other teams. I really want Grimsby to get relegated to give me an easy fortnight.”

Trips will be interspersed with visits to Simon’s incredibly supportive girlfriend, Jola, who lives in Oxford, a good stopping-off point on many of the potential routes. His trusty steed is the aptly named Kona Sutra Tourer which he bought from the US on eBay (he actually bought two due to some over-exuberant late-night bidding).

His training begins in earnest at Easter when he cycles around Brittany with Jola.
Luckily he loves cycling. “riding Lands End to John O'Groats is the freest I've ever felt,” he says. “I love being on the bike, much more than I love watching my team in fact, but I'm by no means an experienced cyclist, I'd say more an enthusiastic amateur, who hates hills..and the wind.”

Simon’s now busy sourcing waterproof clothes and panniers, and cultivating various corporate sponsors, but would be happy to hear from anyone interested in helping him raise the £5,000 basic subsistence budget he thinks he needs to get through the 10 months.

He will also be raising money for the York branch of the Alzheimers Society.
All details of Simon’s epic journey, including blogs charting his progress, will appear on his soon-to-be-launched website: www.bicyclekicks.co.uk. We will be following Simon's progress as he prepares for his season in the saddle and will be helping him with training and any other sort of advice he thinks he needs. Anyone interested in helping with sponsorship can email Simon: si [at] bicyclekicks.co.uk

1
Tubolito unveils ‘unpuncturable’ inner tube with one year warranty against flats
2
Video: Richmond Park driver intimidates female cyclist by beeping horn before overtake
3
Five cool things coming soon from Campagnolo, Giant, dhb, MAAP and Ale
4
Pothole reportedly caused crash in which e-bike rider died
5
Kickstarter campaign cancelled for kit available only to those who ride fast enough
6
WiggleCRC to be taken over by German online giant
7
Rider thrown off Baloise Belgium Tour for using illegal handlebars allowing him to rest his arms on them
8
Updated: Sheldon Brown’s website to continue despite bike shop where he worked closing down