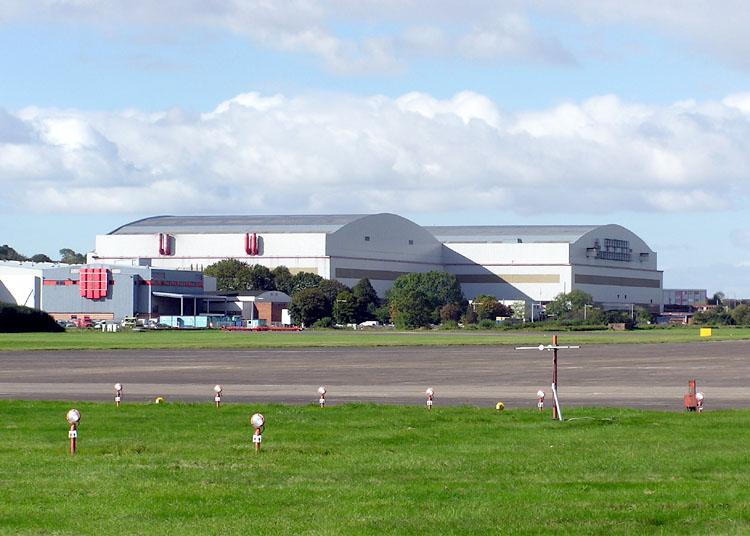 Workers at Airbus’s two main UK sites at Filton in Bristol and Broughton in North Wales have been told that they must wear helmets and reflective clothing while riding bikes there.

The road.cc reader who shared the letter with us, and who wishes to remain anonymous, said: “It seems the powers that be in Airbus UK have no faith in their own ability to see/not run over other road users!

“Unfortunately for me I am a contractor and not directly employed by Airbus and so have no means of protest that wouldn't risk me losing my job, so the obvious thing to do seemed to be to get the memo out there for more public attention – I feel pretty strongly that Airbus shouldn't escape scrutiny for what amounts to a blatant anti-cyclist policy that will only reduce cycling levels.

“There doesn't seem to be any equivalent decree that all motor vehicles must be painted bright yellow!”

We are aware however from another person who works at the Filton site that Airbus does take action against poor driving there.

He told us that on the site, there is a hill that motorists regularly speed down, and a speed gun is being used to catch people breaking the on-site limit, and warning the drivers involved.

Combined, the sites employ 11,000 staff – 4,500 at Filton and 6,500 at Broughton – but one road.cc reader who works there believes the move “amounts to a blatant anti-cyclist policy that will only reduce cycling levels.”

The new requirements were communicated to employees in a memo dated 20 February and take effect from tomorrow, Monday 9 March.

It read: “In the interest of the safety of all our employees on site, we continuously review our procedures to ensure we can provide the best and safest environment. This includes traffic safety and, in addition to the on-going safety related infrastructure improvements you will see at both sites, we have decided that safety equipment for cyclists becomes a mandatory requirement.

“From Monday March 9th, 2020, all cyclists who wish to access and cycle in Broughton and Filton sites must be wearing reflective vests or jackets and safety helmets. If they are not, they will not be allowed to cycle on site.

“It is the responsibility of the cyclist wishing to enter the sites to equip themselves with this essential safety equipment along with white front lights and red rear lights for cycling in the dark if required.”

The memo continued: “These new clothing requirements complement the PeopleSafety@Work primary rule to drive safely on site and strengthen Highway Code guidance which states cyclists should:

- wear a helmet which conforms to current regulations, is the correct size and securely fastened;

- Light-coloured or fluorescent clothing which helps other road users to see you in daylight and poor light;

- Reflective clothing and/or accessories (belt arm or ankle bands) in the dark.

“Airbus in the UK’s Site Traffic and Parking Policy is in the process of being updated to reflect the mandatory rules which have been introduced by the site leadership teams, fully supported by the Trade Unions (TU), to reinforce the priority to keep people safe.”

The operative word in that extract from the Highway Code, however, is that cyclists are advised they “should” use such equipment; it isn’t a legal requirement to do so, which would have been conveyed by use of the word “must” instead.