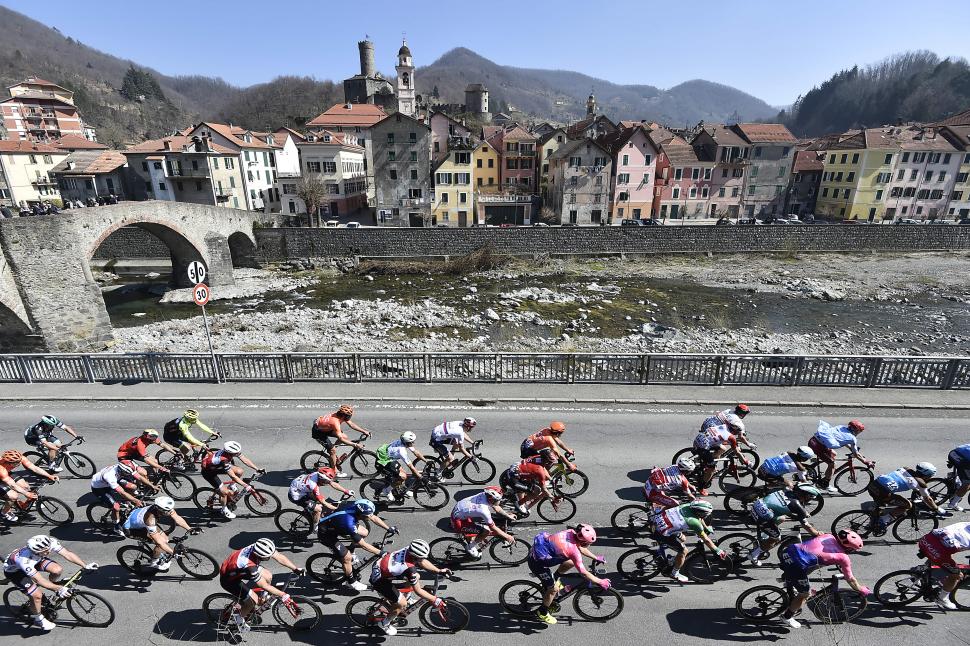 New advice from medical advisors to the Italian government tonight suggest that cycling races scheduled to take place in the country over the next month, including Strade Bianche, Tirreno-Adratico and Milan-San Remo will be cancelled due to the ongoing coronavirus crisis.

The Italian website Cyclingpro.net reports that the Comitato Scientifico, which is advising Prime Minister Giuseppe Conte on how to contain the spread of the virus, has recommended cancelling sporting events and other gatherings for the next 30 days.

We'll have more on this developing story in the morning, but it does not look good for those races.

Chris Froome, whom Nicolas Portal guided to four Tour de France victories, has led tributes to the Team Ineos sports director, who died from a heart attack today at the age of 40.

My thoughts are with Nico’s wife and children tonight. He was the kindest, happiest guy I knew and always lived life to the fullest. Rest In Peace Nico pic.twitter.com/vfYF9slMQ3

Among those also taking to social media to express their shock and grief at the passing of someone who clearly touched those with whom he came into touch through his work were riders he worked with at Team Sky and, subsequently Team Ineos, Peter Kennaugh and Tao Geoghegan Hart.

My first room mate as a pro. I Can’t believe the news of Nico Portal passing away my thoughts and love are with his family who he cherished more than anything. The friendliest most genuine, kind person you could wish to meet, words can’t explain how much he will be missed x

I never met someone Nico didn’t have time for. I never met someone who didn’t think the world of Nico. He was a true inspiration. His energy, his humility & his passion for life shone so brightly. Nico Portal, it was an honour to work with you. We will all miss you immensely.

Tributes have also been paid by, among others, Eurosport cycling anchor Orla Chennaoui, the UCI, and the Tour de France – a race where, besides Froome’s four wins, Portal also acted as sports director in the past two years when Geraint Thomas and Egan Bernal won the yellow jersey.

Nico Portal was a rare being in professional sport - a gentleman who always had time and a smile for everyone. I first met him a rider and through all his success as a DS, he never seemed to change. A kindly father, and father figure. My heart goes out to his family and the team.

The thoughts of everyone at the UCI are with the family, friends and everyone @TeamINEOS after the tragic loss of Nicolas Portal today.

We are saddened to hear of the sudden passing away of Nicolas Portal, who played a vital role in numerous Tours in the last few years. The organisers of the Tour de France offer their sincerest condolences to Nicolas’ family and friends as well as @TeamINEOS. pic.twitter.com/vqW2NTdZ9G

La Gazzetta Dello Sport reports that Nicolas Portal, the DS of Team Ineos, has died of a heart attack. He was 40 years old. RIP https://t.co/QqWQyXcRpg

He reportedly suffered a fatal heart attack aged just 40. Our condolences to his family and friends.

This is how they trial bike parking in the Netherlands.

Invented in Rotterdam and spreading across the country, the fietsvlonder is a platform that temporarily swaps one car parking space for 8 bikes.

If successful, the curb is permanently adjusted, and it is moved to another location. @GemeenteDenHaag Vice Mayor @RvanAsten explains. pic.twitter.com/y7VPsaeedH

03 March 2020, 16:03
As far as we know, this is the first major UK sporting event cancelled with this as the claimed reason. 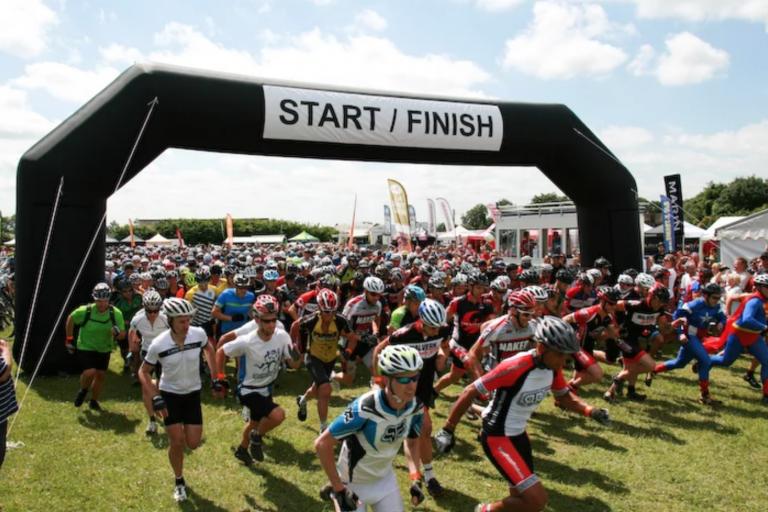 More from the UAE.

After hearing from Cofidis's plague victim president and hunger-strike-threatening sports director this morning, here's the view from one of their riders.

I’ve now been locked in a hotel for more days than I got to race...
Epic form finder the @uaetour has been

Haas followed this up by making a reference to recent confirmation that three other RCS-organised events - Strade Bianche, Milan-Sanremo and Tirreno-Adriatico - will take place.

"And the RCS plans to host races this weekend while riders forced to stay in UAE? Go figure." Tokyo Olympics could be postponed because of coronavirus

Japan's Olympic minister has said that the Tokyo 2020 Games could be postponed until later in the year, reports the BBC.

The Games are due to be held from July 24 to August 9, but Seiko Hashimoto said it was possible it could be pushed back as Tokyo's contract with the International Olympic Committee (IOC) only calls for the Games to be held within 2020.

“We are doing all we can to ensure that the Games go ahead as planned,” she added.

A statement from the International Olympic Committee said: "We have full confidence that the relevant authorities, in particular in Japan and China, will take all the necessary measures to address the situation. The rest is speculation." 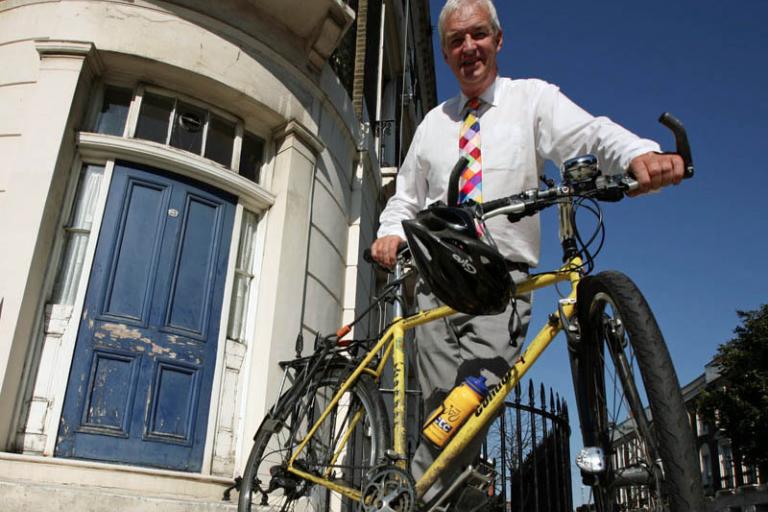 Channel 4 News presenter Jon Snow is in self-isolation after coming back from Iran, where there are cases of coronavirus Covid-19.

Snow is of course also the president of Cycling UK and it’s notable that he’s still getting out on his bike.

“People have been incredibly kind and generous,” he reports in the London Evening Standard. “A bottle of wine on the step, a massive balaclava to enable me to get out incognito on my bike — yes, it’s permitted so long as I keep pedalling and give people a wide berth.”

As we reported earlier, cycling has long been recommended as a means of getting around without contracting (or transmitting) illnesses. 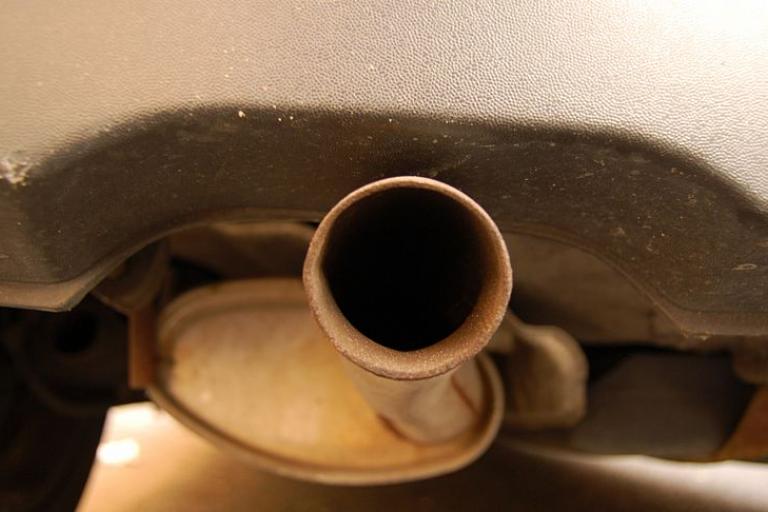 According to a report in the Guardian, life expectancy would rise by a year if fossil fuel emissions were cut to zero, while if all ‘controllable air pollution’ were cut, it could rise by more than 20 months. The academic who conducted the study wanted to discover why owners of those brands appear to drive more recklessly, and identified their character traits as "argumentative, stubborn, disagreeable and unempathetic"
24
03 March 2020, 13:59 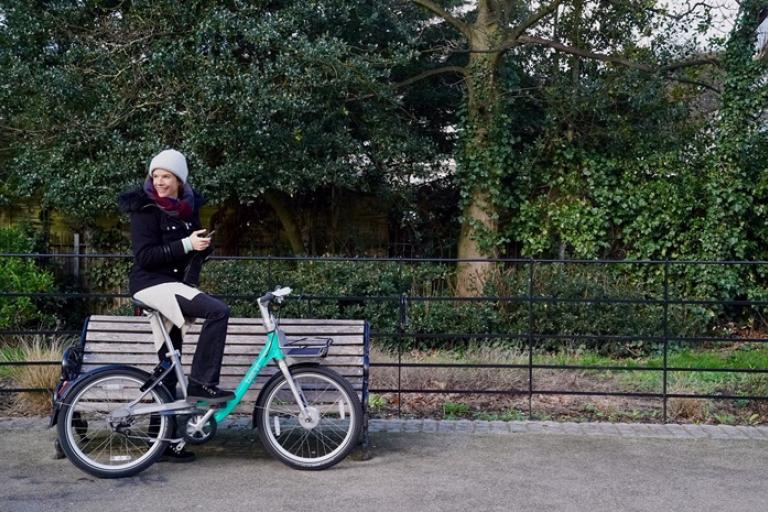 Beryl – the award-winning business formerly known as Blaze, whose Laserlight can be found on London’s Santander Cycles fleet – moved into the urban bike-sharing sector last year with a scheme in Bournemouth and Poole.

A scheme in Hereford followed and they’re now launching in Watford.

There’ll be a gradual rollout of 200 bikes, followed by 100 e-bikes later in the year with bikes available to pick up and drop off at up to 70 marked ‘Beryl Bays’.

Riders can choose Pay-As-You-Ride (£1 unlock fee + 5p per minute), Minute Bundles (no unlock fee and bundles starting at 100 minutes for £5) or Day Passes (24 hours of unlimited riding for £12).

Trips that end outside a Beryl Bay are charged a £5 fee to encourage responsible parking.

Beryl CEO Phillip Ellis, said: “We are delighted to partner with Watford Council to make sustainable travel around the town as easy as possible. We’re eager to demonstrate how a high-quality bike share scheme can reduce barriers to cycling, be it as part of a commute to work or for leisure. Our service also offers control and order to busy streets as riders pick up and drop off Beryl Bikes in marked bays.”

Motivation is Key from r/bikecommuting 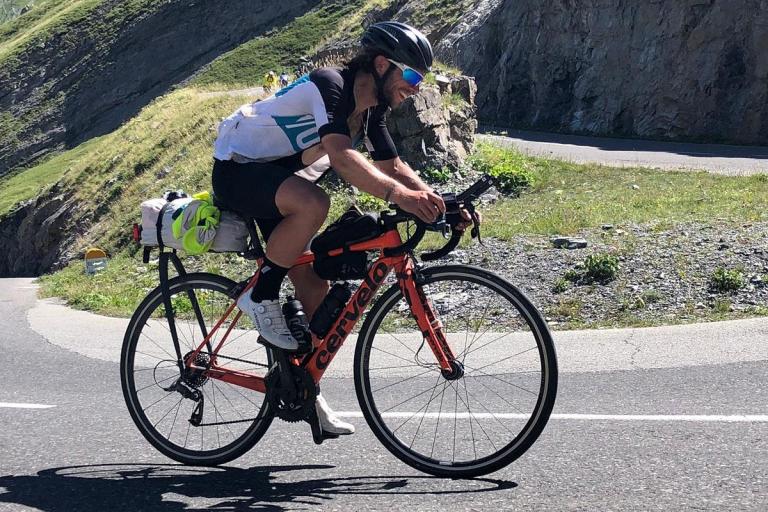 I'm having to get black cabs to work and back cos of my broken foot. (And no, before you ask, I don't claim for them.) Today had one moaning about immigrants, using ukip style 'facts'. I asked him to stop but he wldn't. No tip for you, then.

Being picked up to go to work on a passenger bike with @pedalmeapp pic.twitter.com/MaIs5z8hSt

Door to door service! Fast and reliable. As well as good fun. Really impressed with my first trip with @pedalmeapp pic.twitter.com/IDvLcyRkZK Riley Evitts is going to do 800km from Melbourne to Adelaide. He’s eight.

10 Daily reports that he’s been training for nearly a year, doing 150km on Saturdays with his grandfather, Paul Turnbull.

Riley apparently came up with the idea for the ride when he was five, after meeting round-the-world unicyclist Ed Pratt.

Riley and Turbull will leave Melbourne from Marvel Stadium on March 22 and arrive at Adelaide Oval on March 30. They’ve scheduled a rest day in there too.

Roxana Maracineanu: Paris Nice goes ahead - the crowds will be sparse (no more than 3,000 expected in Nice), the teams for the most part tested, and local mayors have authority to impose strict measures. https://t.co/YhSgKbJkVs

These tracks were left by a bike. Which way did it go?

If you've made up your mind, here's the answer.

And here's an explanation.

I past this twice over the weekend. Someone had put a traffic cone in the pothole. On Sunday it had been driven over and flattened. Didn’t quite fill the hole to fix the problem.

Time for an update of this 101 year old bike ad. pic.twitter.com/VkvrSxoU3u The team’s sports director Roberto Damiani has told Tutto Bici that he is prepared to go on hunger strike in protest at being prevented from leaving.

"I believe that we have now passed the limit of decency, albeit in the name of public health and the danger of contamination. You already know what has happened in recent days, but to date only the members of three teams have been forced to stay in their rooms for fear of coronavirus infection.

"I want to clarify that the Cofidis team has never had any problems and that we have been confined here to the fourth floor, with the other two teams, without it having been taken into consideration that for a week, at least, about 500 people have met [on the race] and stayed together for several hours a day," he pointed out.

"I must say that RCS, as an organiser, is doing everything it can to solve the problem, but they, too, seem to be coming up against a brick wall.

"If, in the next few hours, the situation doesn't improve. I will start a hunger strike to at least defend the riders and staff members for whom I am directly responsible at this race."

In a statement, Cofidis president Thierry Vittu said that the situation is, “really not normal.”

“We are held against our will in a place we have not chosen and for an unknown period of time,” he said. “It is this last point that is the most difficult to live with: we constantly hope that things will get better soon and nothing happens.”

He says: “When you meet someone from the hotel in the corridor, they run away... that brings me another comparison: we are treated like plague victims. Our rooms have not been cleaned since we arrived five days ago. You have to go to the elevator and there is a cart and we get sheets, soaps, towels.”

Vittu adds: “It would be good for the media to take hold of our situation, just to add pressure where it is needed. But hey, morale remains good, this story will end well one day.”