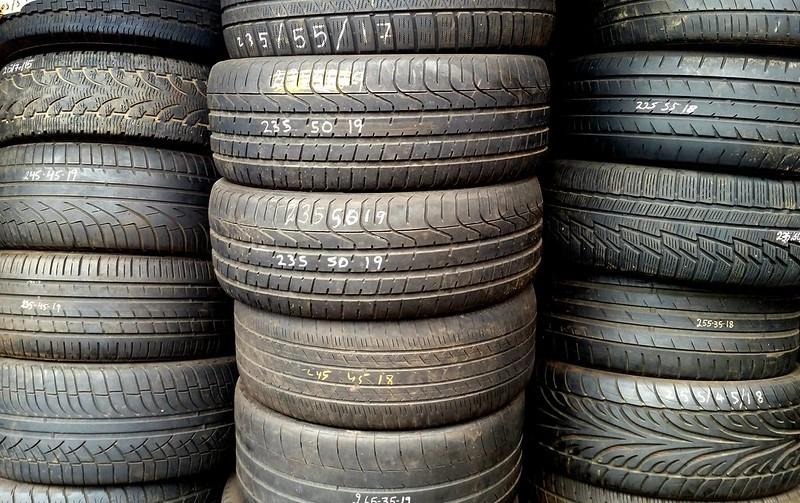 Car tyres to be recycled for surfacing footways and cycle paths? Trial to get underway in Sweden

Researchers are set to trial rubber surfaces made out of recycled car tyres for footways and cycle paths in two cities in Sweden – and say that the shock-absorbing properties of the material can help prevent serious injury and even death.

The initiative, which is led by RISE Research Institutes of Sweden, is designed primarily to help prevent injury to elderly people, who are more prone to falls, are more likely to suffer fractures if they do, and who take longer to recover, reports The Times.

By providing safer surfaces for cyclists and pedestrians – it is claimed to provide an 80 per cent improvement in absorption levels than existing surfaces – it is also hoped that people would be encouraged to be more active, bringing additional health benefits.

A two-week, EU-funded trial of the concept, which sees granules of recycled tyre make up 60 per cent of the surfacing mix, the remainder being made up of rocks and bitumen, will get under way in the Swedish cities of Lund and Helsingborg in two weeks’ time, with 300 metres of cycle paths and footways being treated with the new surface.

Dr Viveca Wallqvist of RISE, speaking in Seattle at the American Association for the Advancement of Science’s conference, said: “Thousands of lives could be saved by this pavement surface, both in the UK and other countries.

“That is because people are less likely to break their hip and die if they fall on this surface and would also be more likely to go out and do healthy activities like walking and cycling if they no longer have to worry about the risk of a fall.

“My father was told he would have to go out in a wheelchair because of the risk of falling – his freedom was taken away because of it," she continued.

“Falls are a major hazard to older people so anything we can do to lessen the severity of the injuries they cause is definitely worth exploring.

“If this new idea works it could be one element of a broader strategy on falls – which also needs to include more strength and balance training for older people, which has already been shown to make a positive impact,” she added.

The NHS says that almost 100,000 people in the UK aged 65+ fracture their hip annually, mostly caused by falls, which are also the most common factor in injury-related deaths among those aged 75+ claiming 5,000 lives a year.

According to researchers, the surface would cost no more than existing road surfaced, and would also save money for health services due to fewer injuries.

As journalist Carlton Reid – author of the book, Roads Were Not Built For Cars – points out in this article for Forbes, rubber road surfaces are nothing new.

He highlights that prior to asphalt becoming the surface of choice for roads and footways during the 1920s, other materials – wood, cork and, yes, rubber – were used.

Reid cites Henry Percy Boulnois, who was city surveyor of Exeter and Liverpool, as writing in his Municipal and Sanitary Engineer’s Handbook, published in 1892, that a layer of India rubber one-inch thick “meets nearly all the requirements of a perfect roadway.”

Referring to just such a surface at the entrance to Euston Station, Boulnois wrote that the rubber sheets were “held down at their sides upon a concrete foundation by strips of iron which clasp the edges tight on each side.”

The material, he said, “Seems to be exceedingly durable, perfectly safe, and absolutely noiseless and impervious.”