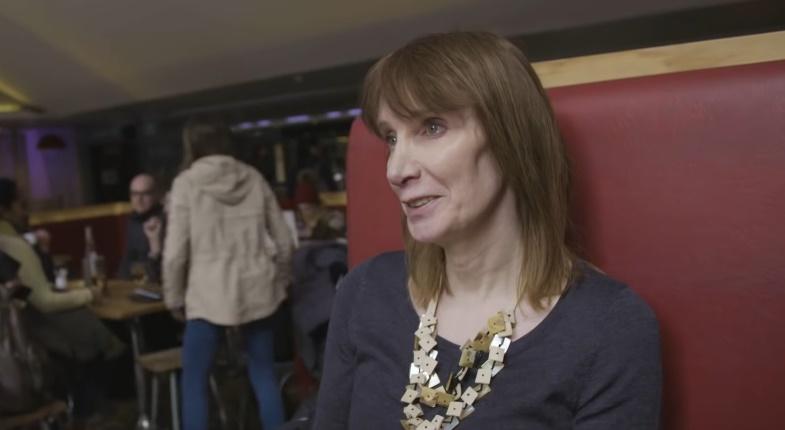 Philippa York says she finds the idea that transgender people will take over women’s sport “absolutely ridiculous”. The former pro cyclist, who transitioned after she retired in 1995, points out there still hasn't been an out transgender person who has competed at the Olympics. She believes that being from a country that can afford to sponsor your training is “way more advantageous than your gender.”

The debate over whether transgender athletes should be allowed to compete in women’s sport returned to prominence last month when Dr Rachel McKinnon successfully defended her 35-39 age group women’s 200 metre sprint title at the UCI Masters Track Cycling World Championships in Manchester.

The 37-year-old Canadian became the first transgender athlete to win a world title in any sport a year earlier, but has frequently faced arguments that she should not compete in female competitions.

York, who won the mountains classification and finished fourth in the 1984 Tour de France when competing as Robert Millar, told iNews: “I find this idea that transgender people are going to take over sport absolutely ridiculous. Since the early noughties, there hasn't been an out transgender person who has competed at the Olympics. Out of 20,000 competitors, not one is trans.”

She pointed out that transitioning was not a simple matter of turning up and competing in a different category.

“For young trans athletes, once they start sorting out their hormones, there’s a load of physical and mental changes that alter the way you think. There aren’t that many elite athletes that have transitioned, especially not during their career.

“Elite sportspeople are rare in any community. To reach that height requires such a level of skill, training, and advantage to put you that way. I think it could be another century until we see an openly trans athlete. It's certainly not going to be the next Olympics. Getting elite Olympians is probably the final frontier for equality.”

York dismissed the idea that a transgender woman would retain a hormonal advantage through higher testosterone levels.

“In my case, I’m a menopausal 60 year old, and I have the same level of strength as a gran. I would been around 30 per cent stronger if I hadn’t transitioned. For athletes at any age, there's a 20-25 per cent drop straight away.”

Nor does she believe that there is such a thing as a level playing field in the first place.

“If we look at how sport can be a disadvantageous playing field, we need to look at the systems some countries have in place to help their athletes.

“If you're a full time athlete with medical backup, a support system and you're from a country that can afford to sponsor your training, then you have far more of a chance to succeed. No-one talks about that, and that's way more advantageous than your gender.”

York also spoke about her experience of realising she was transgender in the 1980s and how she had felt her career as a cyclist was “way too complicated” to start transitioning while still competing.

“Any diversity wasn't looked upon very well. Society had just gotten over gay people existing and not being criminals, and being transgender was beyond most people's comprehension.”

She believes that the sporting world is still, broadly speaking, an unwelcoming place for those who are LGBTQ.

“We all know someone who is gay. Out of 10 friends, there's probably one person who is gay, and out of 20, there will definitely be someone who is LGBTQ. Why the world of sport is pretending to be a homogenous Disney Land is very strange.

“I think that it’s important young people are comfortable with who they are. There’s no shame in being LGBTQ. I think that’s important, and it needs spreading to the sporting world as well. The government and powers that be want people to be healthier, so queer people should be able to access sport without feeling intimidated or threatened, or like they’re unwelcome there.”