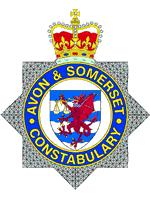 Bristol cyclist warned by police after hitting child on pavement, but girl's mother not satisfied

A Bristol cyclist has been warned by police not to cycle on the pavement after he accidentally struck a four-year-old girl, but the child’s mother has expressed her dismay that no further action will be taken against the bike rider.

Olivia Churchill needed five stitches in her forehead after the accident, which took place on 28 September at around 3.30pm as she walked home from Barrs Court School with her sister Hollie and mother Natalie.

According to the Bristol Evening Post, the trio were just yards from their home in Frampton Court when a cyclist emerged from the cul-de-sac. "He came round the corner at a ridiculous speed," said Ms Churchill, who is aged 30.

"It knocked Olivia 5ft and I've never seen blood like it. Olivia was petrified and she's not been the same since. The scar will fade, but it's the fact she's going to have it for the rest of her life.

"At the time the cyclist was saying 'sorry, it was an accident', but he's not come round to apologise since," she added.

Police officers subsequently took a statement from Ms Churchill and also spoke to the cyclist involved.

The family has now received a letter from Avon and Somerset Police's Collision Support Unit that says: "I write to advise you that the police have decided to take no further action against the party involved. The decision was taken after careful consideration of all of the circumstances and evidence.

"However, it will be reconsidered if any further significant evidence is brought to our attention," the letter adds.

The Evening Post said that when one of its reporters visited the home of the cyclist yesterday, his mother said that he did not want to make any comment about the incident, adding that it has left him upset and describing it as a “"complete accident."

She added that police had issued her son, who is aged in his 20s, with a warning about cycling on the pavement, but that admonishment has failed to appease Ms Churchill.

"At the time, there were skid marks on the pavement,” she claimed. “The police have the name and address of the cyclist, we showed them where it happened, I don't understand what more evidence they need.

"In the city centre there are loads of signs saying don't ride on the pavements or you'll be fined, yet out here it's not being policed," she concluded.