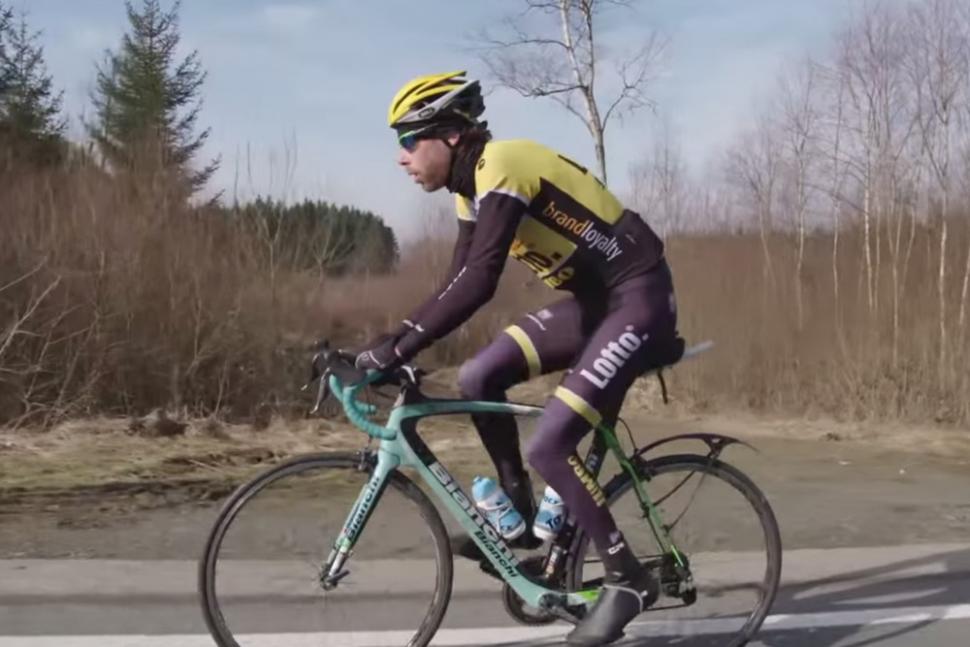 “In my really good years, I maybe did only ten proper interval sessions a year and the rest was riding the bike for the love it”
by Alex Bowden

Dutch pro Laurens Ten Dam has announced his retirement from road racing after 17 years in the peloton. The 38-year-old, who notched top ten finishes at the 2014 Tour de France and 2012 Vuelta a Espana, says he is now looking to become an ‘adventure rider’.

“I still really like being on the bike and, in the days immediately following Lombardia, I will be making a big trip towards the south of Italy,” he said.

“That will be an exciting moment for me as I will immediately be starting the change from pro cyclist to adventure rider.

“It’s this kind of thing that I am aiming to do in the future to replace professional cycling but fulfill my love for the bike. For example, I would like to do races like Dirty Kanza, Cape Epic, maybe a crazy bike packing race. It will be cool.”

Ten Dam, who has built a sizeable following through social media and thanks to his Live Slow Ride Fast podcast, has always held the philosophy that cycling is something to be enjoyed.

“Sometimes you need to leave the watts out of it and just enjoy the ride,” he said. “I hear stories about guys who only do intervals but, basically, in my really good years, I maybe did only ten proper interval sessions a year and the rest was riding the bike for the love it.”

The adventure riding he now seems to have in mind is the cornerstone of WorldTour team EF Education First’s ‘alternative calendar’ which has seen several of the team’s riders taking on gravel and bikepacking races.

Australian pro Lachlan Morton has combined appearances in Strade Bianche and the Tour of California with third overall at the 200-mile gravel grinder, The Dirty Kanza; fourth at the Three Peaks Cyclocross; and victory in the inaugural GBDURO, a 1,960km four-stage self-supported bike-packing race from Land’s End to John O’Groats.