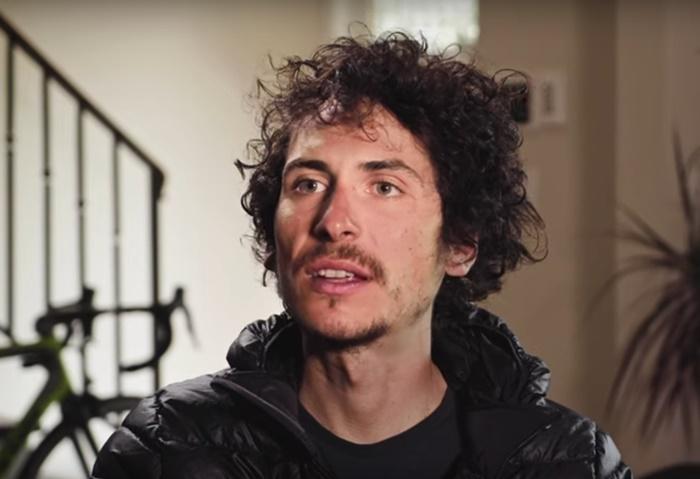 Lachlan Morton has won the inaugural GBDURO, a 1,960km four-stage self-supported bike-packing race from Land’s End to John O’Groats. The Australian EF Education First pro, who has also raced World Tour events such as Strade Bianche and the Tour of California this season, completed the route in 111 hours and 44 minutes. He described the experience as “unimaginably hard.”

GBDURO consists of four timed stages, each around 500km in length. Much of it is on road, but there are gravel tracks and bridleways too.

The clock stops when a rider enters each checkpoint and starts again when they leave. According to the organisers: “This gives riders the time to share tales and drinks around the campfire,” while also, “addressing sleep deprivation issues which hang over the ultraracing community.”

Having completed the route in the lowest aggregate time, Lachlan wins precisely nothing at all.

This is Lachlan Morton checking in from John O’Groats, Scotland, the finishing point of #GBDuro. He calls the #alternativerace “the most incredible journey of my life.”

“That was unimaginably hard,” he said at the finish. “I never realised that I had never done anything hard in my life before this. It was the most incredible experience in my life, so beyond anything I have ever done before.”

EF Education First-Drapac riders have been taking part in a number of ultra-endurance events this season, stemming from the team’s new Rapha sponsorship.

Team CEO Jonathan Vaughters said it would be fun to see the team in a new setting, and be able to interact with people who see cycling differently than professional racers.

“That’s always been a huge issue in the sport,” he said. “How our team experiences cycling on race day is different from how 99.9 percent of riders experience riding a bike. This is about us getting closer to that feeling — the simple feeling of riding a bike somewhere new.”

“I’m very conscious being a WorldTour rider coming to an event like this,” he said afterwards. “We didn’t want to bring WorldTour cycling to Kanza. This is a great event, and we didn’t want our presence to change anything. We were just a group of friends here to participate in this amazing event, and that’s exactly what it’s been. We went out there and gave it our best and tried to have fun doing it.”

In August, the team will send riders to the Leadville 100 mountain bike race; in September, they’ll be back in the UK for the Three Peaks Cyclocross; and then later the same month the last event on the team’s ‘alternative calendar’ is the Taiwan KOM Challenge.

“We can go and show up in different events that regularly a WorldTour team has no interest in, but that I think the majority of the cycling audience is starting to have a really big interest in — gravel events, ultra-endurance events, some mountain bike races,” said Morton.

“I think we can have a much bigger impact on the sport… It’s not about the results, it’s about the sport and an exploration about where the sport is going.

“It’s not about turning Dirty Kanza into a WorldTour race, or going and smashing the record at Leadville. That’s not the point. It’s more about looking at the season as a whole and it being an exploration of the sport. And then having the ability to share that with anyone who is willing to watch.

“In that way, the hope is you get people more interested in all levels of the sport. If we do it right, it’s a win-win for everyone.”