Professional cyclists’ union the CPA has met with the UCI at the governing body’s headquarters in Aigle, Switzerland, to raise concerns over rider safety following a number of incidents at major races in recent weeks as well as in national events.

As a result the two organisations have agreed to draw up a road map in the coming weeks, and will also hold meetings with other stakeholders including representatives of teams and race organisers.

The aim is to draft proposals concerning improving the safety of riders, which will be presented at the UCI WorldTour seminar on 10-11 December and, once approved by the UCI Management Committee, will be adopted from next season.

UCI president, David Lappartient, said: “The safety of cyclists is an absolute priority and I would like to thank the CPA for their co-operation at the meeting. Along with our partners from cycling’s various families, we have already done much to improve race conditions for riders, although recent events have reminded us that we can never rest on our laurels.

“In assuming a sense of responsibility shared by our Federation and the relevant stakeholders, we will come up with a joint response to the legitimate concerns of riders by taking strengthened actions as of next year.”

CPA President Gianni Bugno added: “Rider safety is one of the CPA’s key missions, and we are delighted that the UCI is listening on this issue and is determined to do something about it.

“We are going to come up with specific proposals as part of a constructive approach, with the aim of seeing significant measures introduced for the benefit of riders in 2020.” It's fair to say comments have been mixed since we reported earlier on this here blog that an Antwerp governor wants to ban cyclists from wearing headphones ...

Where do you stand on the issue? Should cycling with headphones be banned or not?

Another story from Belgium, and this time the e-bike share company Billy are asking users to snitch on riders they see parking the bikes incorrectly after an influx of new users.

Billy have launched a whole campaign reminding their new customers how to leave their bikes when they're done (see above) and Pierre De Schaetzen says customers must be responsible: “We have always been proud of the fact that Billy Bikes were always left behind properly. The mobility of our users is not more important than the mobility of the other people in Brussels using the sidewalks.”

09 October 2019, 16:07
Italian design classic the Velocino gets an e-scooter makeover

First produced in the 1930s and still available today, Italy's Velocino may be an unusual looking bike - but it's still something of a design classic. It was initially championed by Mussolini, who wanted all Italians to have a light and compact means of getting around that could also be stored easily at home, work or wherever else, but the country's entry into World War 2 meant those plans were put on hold.

Now, it's been reinterpreted as a kind of e-scooter, complete with saddle and bar grips by Brooks  - you can find more pictures on the Yanko Design website. Also the Tour de France winner @EganBernal shows good shape this late in the season as he hangs on for sixth place today.

Here is the data of his final effort on the Superga climb:

So, to hold his wheel up today's final climb in Milan-Torino, you'll need to match that power data.

How long can you hold 7.08w/kg for? Try this evening on Zwift and let us know in the comments below. Remember, no Zwift-bots!

We have come across this guide from the year that Ribble was born in 1897. How things have changed!

Which of these are still relevant these days on your cycle adventures? pic.twitter.com/rWl90uj122

British bike brand Ribble just posted this list of the suggested items for the touring cyclist in the late 19th century. Among the items is a lamp, with spare oil, slippers, white cuffs and collars, saddle lubricant, and sperm oil...

Thankfully, you'll be able you leave your revolver at home as Europe was more civilised back then.

Oh, and don't forget your spare inner tubes if you've just upgraded to the modern technology of pneumatic tyres! If their legal threatening of a popular cycling Youtuber, being sued by music publishers for allegedly using tunes without permission and reports of huge losses ahead of going up for an initial public offering wasn't enough drama, Peloton now want to sue rival spin bike company Echelon Fitness LLC.

Peloton are accusing Echelon of selling "cheap, copycat products" and say they are infringing on Peloton's patents. They also say Echelon are producing false advertisements that mislead customers about their prices compared to Peloton's, describing them as “deceptive”; although we have found Echelon bikes selling for just over £1,200 online, while a Peloton will set you back around £2,000. In the lawsuit, Peloton said: “Echelon has unfairly stolen customers from Peloton and attracted funding from investors that has reportedly brought Echelon’s total valuation to over $100 million.”

Echelon president Lou Lentine said: “While we just learned of the lawsuit and therefore cannot comment substantively, we can say that we intend to vigorously defend ourselves against these frivolous claims, and we are confident that we will ultimately prevail.”

While his fleet of motorbikes, massive cars and frequent journeys by private jet would suggest the Canadian pop singer isn't exactly an ardent environmentalist, it's encouraging to see Mr. Beiber using pedal power to get around town. It's not your everyday e-bike - this one is the Super 73 from Lithium Cycles, with a 1000 watt motor. it's even got a cup holder and bottle opener built in if Justin gets a little parched on his commute...

A nice personalised bottle of bubbly for world champion Mads Pedersen ahead of Milano-Torino today ... probably best to leave it until after the race, mind. 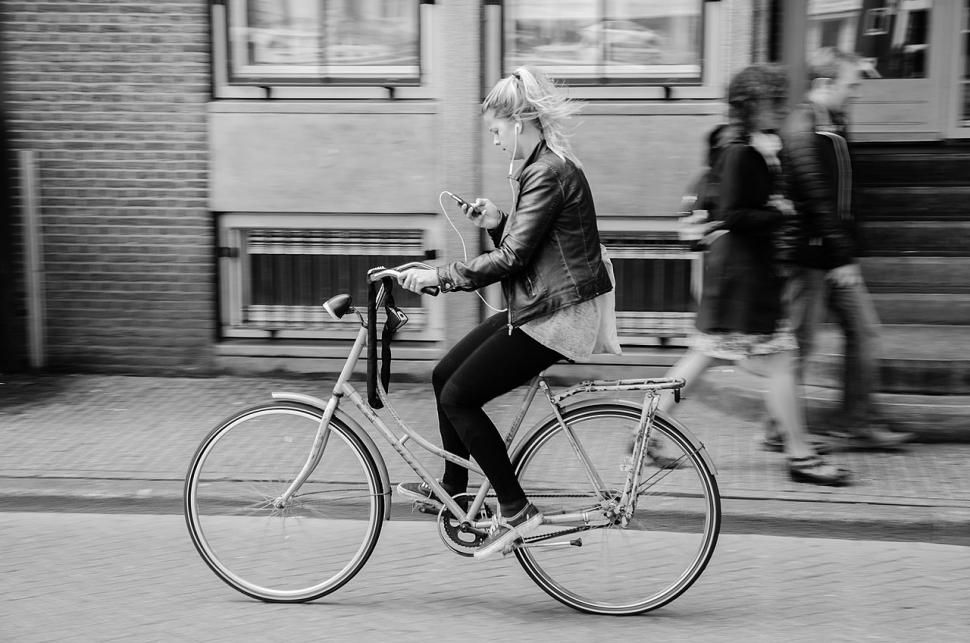 An increase in fatal road accidents involving cyclists across Belgium has led to Flanders-based officials to call for a ban on cyclists wearing headphones, reports The Brussels Times.

48 cyclists died on Belgium's roads in the first half of 2019, a new record-high, and Antwerp governor Cathy Berx wants to stop cyclists from wearing headphones so they're not distracted while amongst traffic; the situation is being described as 'dramatic'.

A case involving a collision between cyclists where one was wearing headphones and crashed into the other without realising led to a former criminal court judge recommending a ban too: “Cycling with headphones is very dangerous", said Christian Van Hoorebeke.

“The cyclist thus shuts off all sounds and concentrates on music rather than traffic. He does not hear other vehicles approaching.”

Governor Berx insisted that the move would push all road users to "become aware of their responsibilities."

To celebrate the 10th anniversary of the Scottish MTB legend's partnership with Red Bull, he'll be answering questions about his career and his various viral video sensations this evening in a live Q+A. We've picked our favourite of   MacAskill's videos (above) which is too good not to share again, and here is the link for the Q+A that goes live at 5pm. Head over to off.road.cc for all the details.

Cobbles lover, raised in a Flemish farm and still living there, our first new face will bring his wide experience to the #MenInGlaz… Please forgive us, @Glazic_Officiel.

Something new rider joining new team, something giant chicken, something??

Akrigg shows us that maybe a gravel/adventure bike really can do it all, as he shreds like a demon on trails and tracks where he has no real right to shred like a demon on skinny wheels with no suspension... According to nieuwsblad, the 37-year-old could be offered the chance to resurrect his career at pro-continental team Corendon-Circus after his first choice Lotto-Soudal confirmed they wouldn't be interested in re-signing him. It's thought Corendon-Circus could see signing Greipel as a gateway to bringing in Alpecin as a possible German co-sponsor.

It's rumoured Dimension Data are also interested in Greipel, who suddenly agreed to have his Arkea-Samsic contract terminated last month after poor results in 2019. He announced via his Instagram page that he'd be taking time out to reassess and will be coming off on social media until November...

More info on the launch of Trinity Racing https://t.co/E6H15Fnyiq pic.twitter.com/g4SfdL1x6G

The new British Continental team will start their season this weekend at round one of the Telenet Superprestige race in Gieten. The team will be known as TP Racing, with World and European U23 Cyclocross champion Tom Pidcock the headline name. Fellow British riders Cameron Mason and Abby-Mae Parkinson also feature, and the team is owned by London based sports management company Trinity Sports Management.

The team will ride Specialized bikes with SRAM components and wear clothing from MAAP for 2019/20.