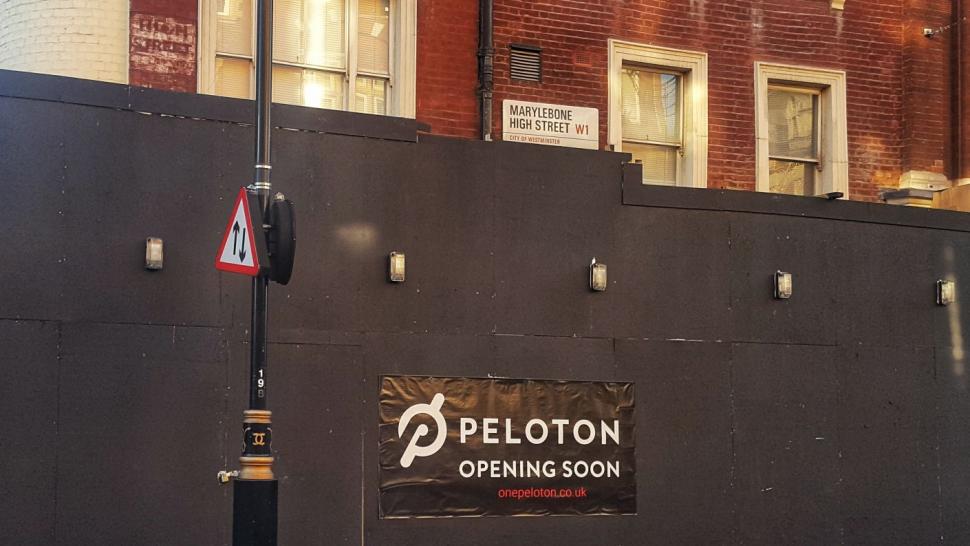 Peloton, whose £2,000 bikes recreate studio cycling classes at home, told Shane Miller it had trademarked the word
by Simon_MacMichael

The company behind a £2,000 in-home exercise bike that enables the likes of David Beckham to take part in virtual spinning classes has told an Australian cyclist and YouTube user to stop using its name – Peloton – in the titles of his videos.

News of the letter Shane Miller received from its lawyers was greeted with a mixture of anger and derision in cycling circles, and the company has now backed down.

Since its UK launch earlier this year, Peloton has grown to seven locations in London, including Covent Garden, Canary Wharf, Marylebone and King’s Road.

Its bikes, which come complete with a 22-inch HD screen, enable people to take part in its classes wherever they are, immersing them in a studio class set-up without having to leave their home.

Mr Miller, meanwhile, is a keen cyclist from Sydney – today he’s embarking on the Rapha Festive 500 – whose YouTube channel has a strong focus on indoor trainers and virtual cycling, with a number of films relating to Zwift.

But it was a segment, now in its 10th episode, called Digital Peloton News, that attracted the attention of Peloton’s lawyers, with Mr Millar tweeting a copy of a two-page letter he had received from them.

So.... @OnePeloton have set their lawyers onto me in regard to my "Digital Peloton News" segment on YouTube..... They own the term peloton? As in a group of cyclists? pic.twitter.com/ZldQcBUYqv

After outlining the company’s origins and its use of the trademark, the letter continued:

It has come to Peloton’s attention that you have begun a web series on You Tube under the title “Digital Peloton News,” a program that focuses on news relating to fitness equipment and fitness technology, including bicycle fitness equipment. Given that the most prominent and distinctive term in the series title is “Peloton” and given that the series relates to goods very closely related to those sold by our client, Peloton is concerned that consumers will mistakenly believe your web series is affiliated or associated with Peloton.

The firm asked Mr Miller confirm within ten days that he had ceased using the title Digital Pelotoin News in the YouTube segment, “or any other title that incorporates our client’s Peloton mark, in connection with your web series.”

The replies on Twitter to his post included support and sympathy for his situation, anger addressed at Peloton, and no small amount of jokes aimed at the brand, with the situation reminiscent of one in 2013 when US bike brand Specialized backed down after trying to force the owner of a business in Canada called Café Roubaix to change its name.

As in this case, Specialized had tried to claim the trademarking of a word that has been in use in cycling for more than a century – in this case, Roubaix.

Happily, Peloton’s lawyers accepted Mr Miller’s explanation that he wasn’t looking to infringe their clients’ intellectual copyright but rather was using the word peloton in its general sense. They wrote:

We have reviewed your response with our client. Our concern was with you developing and claiming trademark rights in Peloton in connection with fitness equipment. Thank you for confirming that you are using the term ‘peloton’ descriptively, not as a trademark, and that you are not aware of any consumers being confused by your use.

Given these representations, and as long as the circumstances do not change, our client considers the matter to be resolved.

The word itself is of directly taken from French – where, long before it was used to describe a group of racing cyclists, originally meant a squad (of soldiers, for example).

Mr Miller did briefly consider renaming his YouTube schedule – with a seasonal twist.