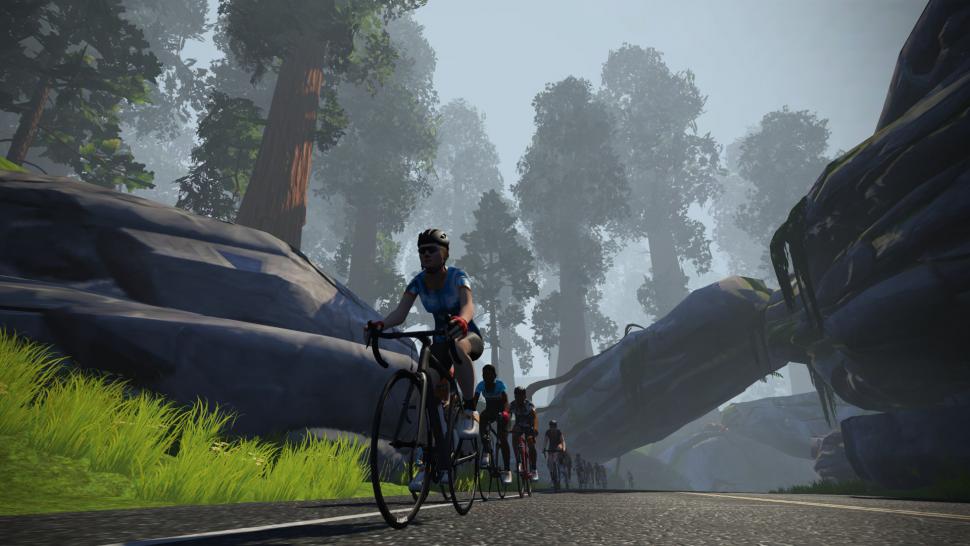 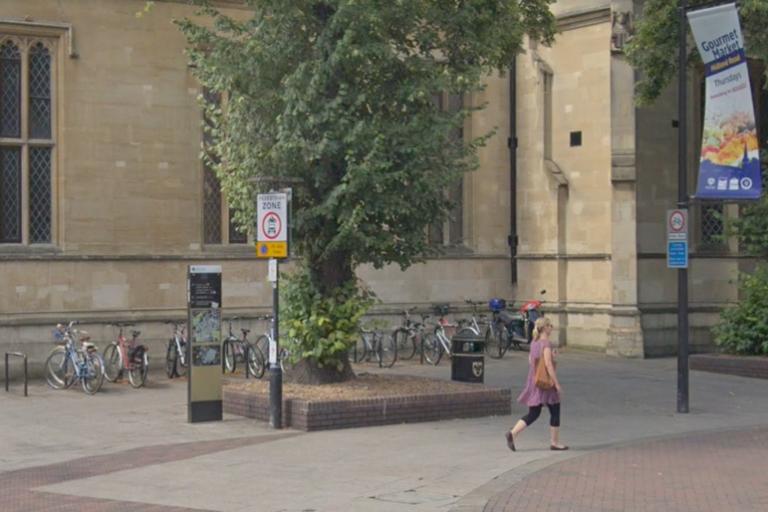 Controversial PSPO is being enforced ever more vigorously by private contractor.

Tomorrow Team Ineos are going to bring you the story of one man who had a horrible crash, who then cycled with one leg for a bit until he was well enough to cycle with two legs. (We're guessing there'll probably  a bit about the psychological impact too.) 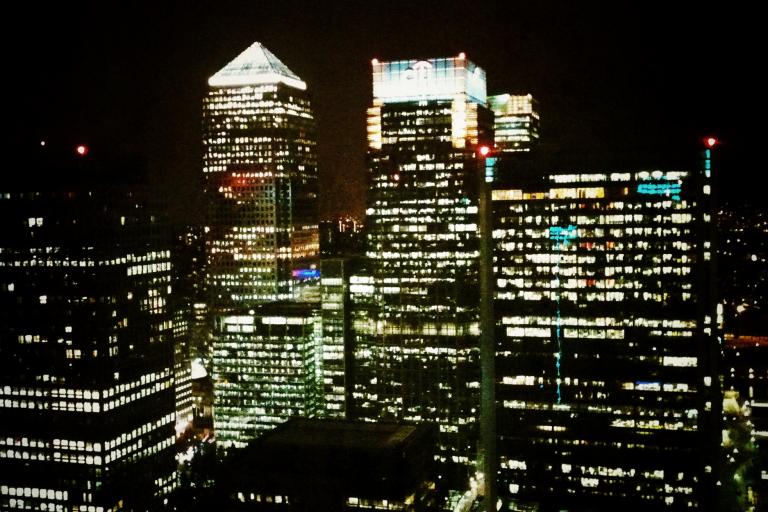 Following on from this morning's report on the fake anti-cycling campaign groups seemingly run at the behest of Canary Wharf Group (CWG), London Cycling Campaign are asking a few questions of the property firm.

The group says: "While publicly maintaining a paper-thin pretence of support for cycling, CWG have over and over attacked cycling schemes and/or attempted to weaken them behind closed doors.

"CWG appear to be the landowner responsible for putting in a ludicrous number of anti-cycling barriers where the National Cycle Network passes Canary Wharf.

"CWG also now oppose the Canary Wharf – Rotherhithe bridge crossing, as detailed in their submission to The London Plan’s examination in public, calling it 'very expensive and environmentally intrusive'." Near Miss of the Day 293: Why wait when you’re driving the bigger vehicle?

Non-folding bikes can be taken on certain Tube, DLR and Overground services during off peak hours

Folding bikes are welcome on all services at any time

Check out this map for details - https://t.co/srE46xCEiR 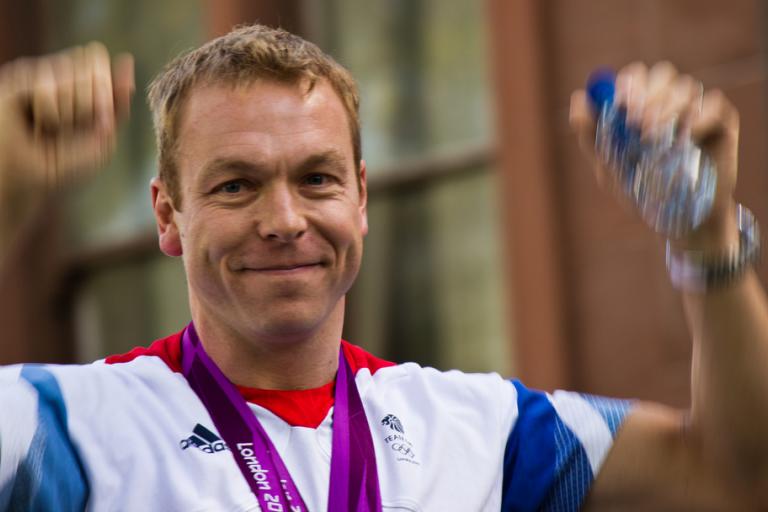 "Let's have another Olympics, shall we?" - Chris Hoy's tongue-in-cheek solution to the nation's problems

Sir Chris Hoy is sad that the nation’s apparently so divided. "Let's have another Olympics shall we?" he suggests.

The Scot is of course joking, but speaking to Motor Sport magazine he seems to be mourning the spirit of 2012.

“We were so united and there was such a feeling of ‘look what we can achieve and isn’t this great’. It was such a wonderful time, people were talking on the Tube and every morning I would wake up, open my curtains and see thousands of people flooding into the Olympic Park.

“It is sad when you think that in such a short space of time the country is so divided. You turn the news on and you think ‘Oh God, can it get any worse?’

“Let’s have another Olympic Games, shall we? That will sort it out.”

Zwift has announced the addition of new roads on its virtual cycling platform.

"Sitting adjacent to the Fuego Flats, the mammoth-sized boulders and giant sequoias cast a most welcome shadow for those arriving fresh from a trip through the desert." "With a maximum gradient of 5%, these are climbs that will provide enough of a challenge to get the legs stinging, but still gentle enough that Zwifters can still sit back and enjoy the scenery," says Zwift.

Here's how to get started on Zwift.

02 August 2019, 06:38
The Away With Cars Report says London should be car-free by 2030, proposing a huge public transport service as an alternative

The report, from Common Wealth and backed by campaign groups We Own It and Greenpeace, says no Londoners should have private cars by 2030 and instead proposes a huge network of public transport services involving state-run electric cabs, e-bikes, auto-rickshaws, trams and e-scooters.

"Most Londoners won’t dare cycle because of a legitimate fear of being killed or maimed by a motor vehicle", says the report, which forms the basis of the initiative to remove private cars from the roads. They envisage a utopia where the only cars on the roads are shared vehicle or private hire cabs that are both managed and regulated by TfL, ensuring drivers get fair pay and annual leave.

For cycling, you could hire e-bikes quickly and easily via your annual subscription, and all bikes will be much more accessible with far improved cycling infrastructure: "Dockless bikes are now ubiquitous, booked and unlocked with the TfL app. TfL planners ensure minimum comprehensive coverage across the city, and cycle hire is free to annual subscribers, pensioners and under 18s. Segregated cycle lanes are everywhere, even down to quiet residential streets, which are no longer crowded with parked cars."

They go as far as to say life for professional drivers (now using electric vans of course) will be so much easier due to the little congestion that they will be on a shorter working week, and ambulance services will be less stretched because of the greatly reduced road casualties.

What do you think, could it actuall happen or is this all a bit too ambitious?

The footage was captured by Claire Folan during a sit-in protest at Ramsgate port yesterday morning, with activists attempting to block a lorry carrying livestock. As a man on a bike appears about 14 seconds into the clip, the lorry ploughs through the bike with the man narrowly escaping being crushed himself.

Ms Folan told Kent Online: "I think the thought that went through my head was, 'am I going to see someone die today?'

"I honestly believe it's only a matter of time - someone will die at that port."

She also said the two minute interceptions of livestock lorries are pre-arranged, but the police fail to step in when activists are put in danger by lorry drivers: "Having been previously down at the front with the lorries, trying to slow them and almost getting hit myself, I've more recently started standing back to film.

"I'm very glad I was in a position to show what happened today. The disregard for life extends to humans too with these ruthless exporters."

2 drivers charged with Careless Driving for overtaking our cyclist far below safe standards.

The mtb hero was praised for an 'excellent overtake', whereas numerous drivers during this latest Operation Close Pass weren't so excellent with two charged for careless driving due to passing too close.

1
Cycling group named on counter-terrorism watch list
2
Lorry driver who was three times over limit for cocaine is jailed for killing cyclist
3
Near Miss of the Day 365: Lorry driver in close pass on time trial rider + video (includes swearing)
4
Driver hands himself in to police after cyclist killed in Altrincham hit and run
5
Rapha chief confirms move into mountain bike clothing – with range launching next year
6
Cyclist seriously injured at New Forest crossroads highlighted as blackspot after two riders were killed
7
Parcours launch the Strade 'next generation' aero wheelset, with different rim profiles for front and rear wheels
8
Near Miss of the Day 362: Punishment pass while beeping horn