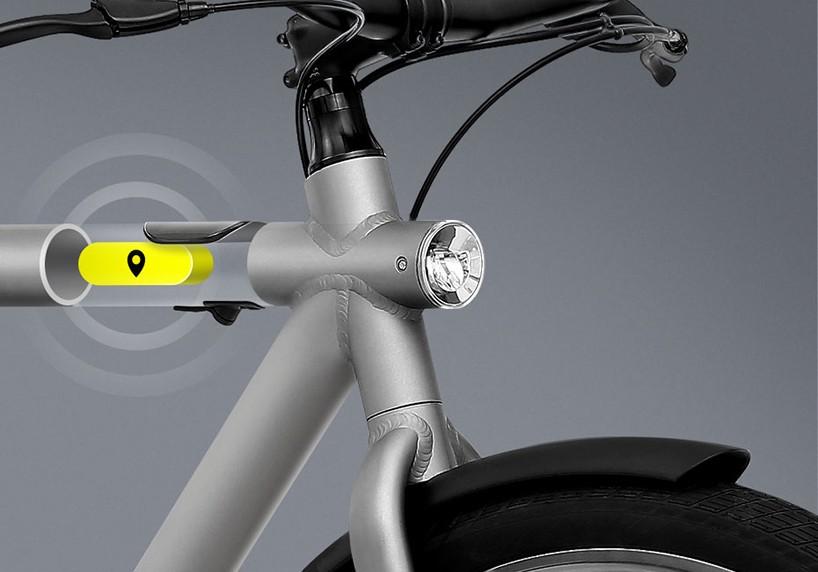 The co-founder of VanMoof, the Netherlands-based firm that says its S2 SmartBike is “unstealable” has rejected a tech website’s claim that it managed to hack one in less than a minute and remove the SIM card that enables the bike’s whereabouts to be tracked via GSM.

The e-bike is locked and unlocked via an app, has a hidden wheel lock, alarm, and a front light that flashes the letters SOS in Morse code if it is tampered with, and the company has a team of what it calls “bike hunters” who track down stolen bikes using the GSM system.

When bike thieves struck close to home, our Hunters weren't going to let them get away without a fight. After a brand store break-in and bikes snatched from our homes – this time it's personal. https://t.co/gD7Jhdprk4

It also says that anyone trying to remove the SIM card “would have destroyed the bike in the process.”

However, an article written by Adam Kaslikowski on Digital Trends claimed: “We have found this to be completely untrue.”

The website says it partnered with a digital security expert and engineer who, using tools costing $12, managed to bypass the security system and remove the SIM, meaning the bike could not be traced, all in less than 50 seconds.

Digital Trends went on to describe in detail exactly how its had managed to remove the bike’s computer module and remove the SIM, accompanied by a video showing how it was done.

It alleged that “VanMoof is deceiving its customers when it states in its support pages that ‘Removing the SIM card from the SmartBike would be a time-consuming task, and by the time a thief had done it not only would we probably have tracked down the bike, but they would have destroyed the bike in the process’,” adding, “This is patently untrue.”

The article concluded by saying that while removing the SIM card disabled the alarm and wheel lock, “they weren’t that useful in the first place,” but otherwise the bike continued to work properly.

“Our researcher has not yet decided on whether he will keep his VanMoof or not, but we have decided that any company who willfully misguides its consumers is not worth our, or your money,” it added.

On Twitter, Byron from Tree Hugger questioned whether VanMoof “deserved this hostile article from Digital Trends or how to crack their security tutorial,” and asked whether the journalist had approached them to comment or provide a reply.

Responding to his tweet, VanMoof co-founder Taco Carlier said the company had not been approached and if it had been, they would have told Digital Trends that the Stealth Lock was not engaged, describing the article as “false info.”

He wrote: “No they did not reach out to us and asked for comments. If they would we have told them that the Stealth Lock was not engaged while this was filmed. (The alarm would go off immediately if it was engaged). It is false info. We have tried to reach out today.”

No they did not reach out to us and asked for comments. If they would we have told them that the Stealth Lock was not engaged while this was filmed. (The alarm would go off immediately if it was engaged). It is false info. We have tried to reach out today.

Founded in Amsterdam in 2009, last month VanMoof secured €2.5 million in crowdfunded investment in just 12 hours – the fastest equity crowdfunding ever in the Netherlands, according to the company.

The fundraising goal was met at 8.30pm on 12 June by investors on the Oneplanetcrowd platform and VanMoof riders who had been invited to invest by email just that morning, with the target hit before the campaign opened to the wider public.

1
Police chief says clip of Range Rover driver hitting cyclist with car doesn’t tell full story
2
You can be the first to own the new Colnago Prototipo… but it’ll cost you – plus more tech news from SRAM, Pirelli, Brompton, Apidura and more
3
Government to crack down on “reckless” riders with causing death by dangerous cycling law
4
Police officer dishes out fines to cyclists – then crashes his SUV into one in a cycle lane
5
"Unacceptably gross": Peloton cyclist's complaint over relative leaving bike in a sweaty mess goes viral
6
road.cc Recommends gets refreshed with 14 brilliant products
7
Pro cyclist no longer rides alone after two 'bikejacking' attempts as violent incidents increase
8
Cyclist driven into by Range Rover driver blasts "victim-blaming twaddle" from police who initially refused to take action