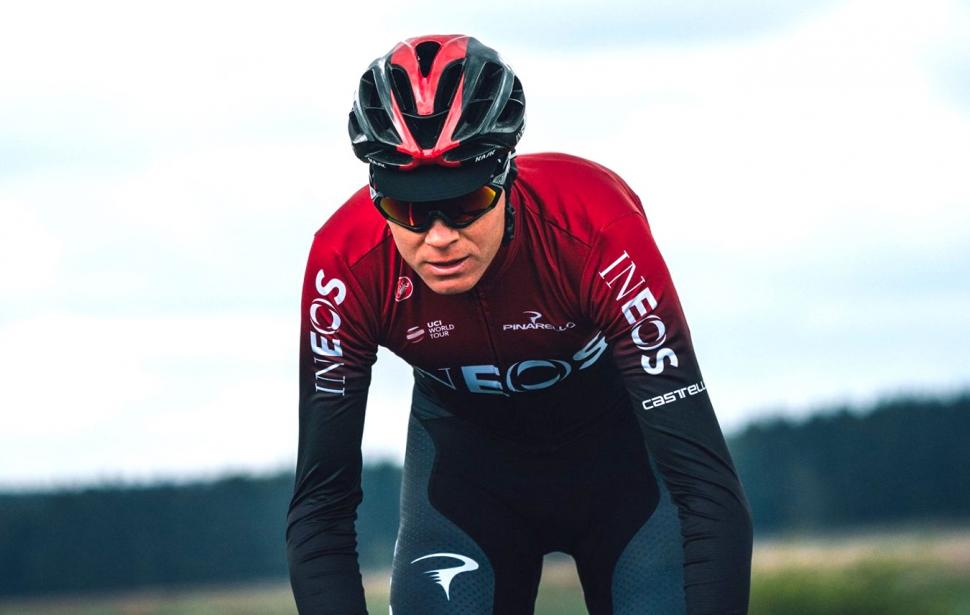 All the tools of the trade ...

He then failed to stop for two police cars, but not the cycle officer who brought his journey to an abrupt stop

We then recovered Aladdin's Cave in his bag! pic.twitter.com/be5RHq4XJa

“First things first, the surgery was a success. The operation, which lasted for six hours, went very well,” he said.

“Chris woke up this morning and was reviewed by the intensive care consultants and the orthopaedic specialist who operated on him and they’re both very happy with his progress to date.

“Chris will remain in hospital for the next few days for observation, but he is already actively engaging in discussing his rehabilitation options, which is very encouraging.

“As he begins his road to recovery, the team will now only be providing further updates at a stage where it is necessary to do so."

Team Ineos added that Froome appreciated the messages of support sent to him, and will provide his own response in the coming days. 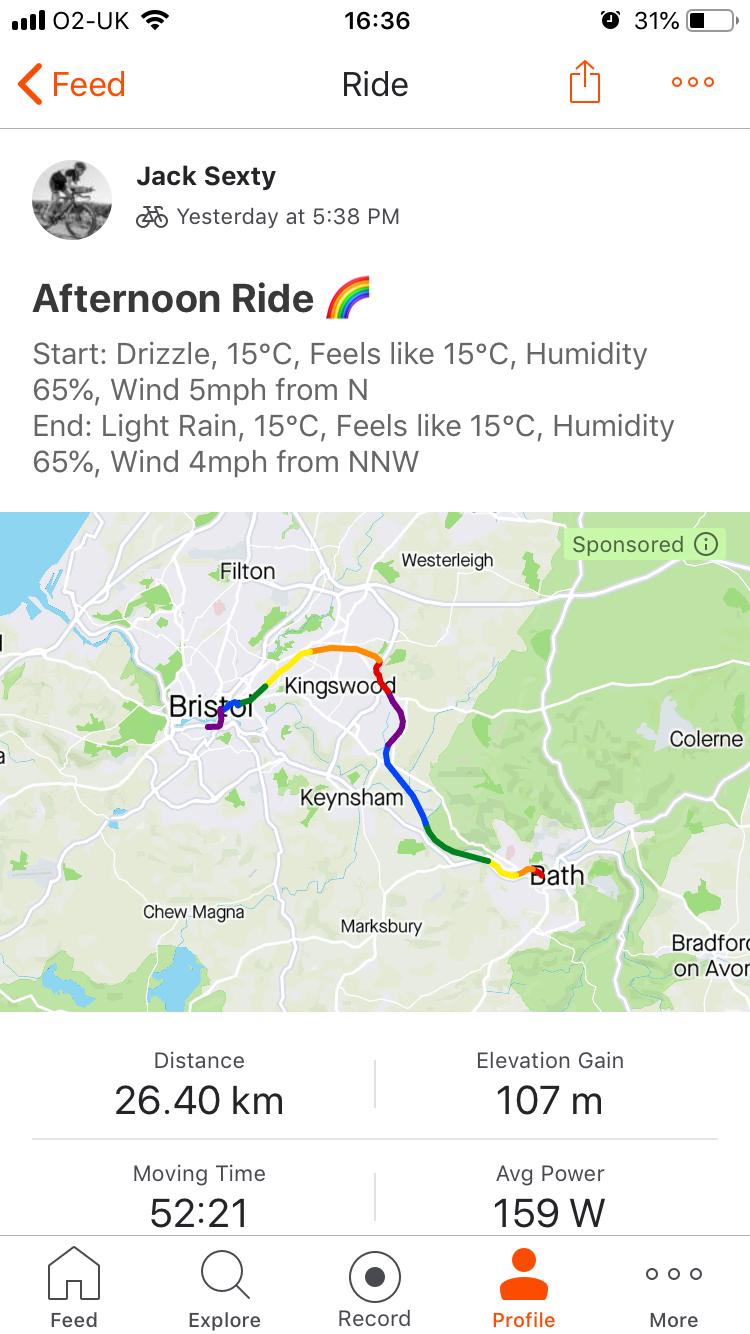 By putting a rainbow emoji in the title or adding the #worldpride2019 hashtag to the activity description, your ride route will be displayed in rainbow colours in celebration of Pride Month. It works on the app only and not on desktop, and the feature will work through the whole of June.

13 June 2019, 13:27
Froome latest - Wiggins send condolences, doctor who operated says he "may be back in the saddle in six months"

Rémi Philippot, the head doctor who operated on Froome, told Le Progres: "The operation lasted a long time, there were several traumas and he suffered multiple fractures.

"The cyclist should stay in hospital for several days. There are potential further operations to be done.”

New | Update on @chrisfroome from his surgeon "He has now woken up, is conscious and knows exactly what happened. He knows there are difficult times ahead. That means a lot of recuperation but he's an athlete and athletes are used to suffering." #TeamIneos @TeamINEOS #Froome

In better news, it's also been reported on afp.com that Philippot says Froome could be back on the bike in six months: "The impact was at around 50 km/h, with very little body protection, causing a high-energy impact.

"Chris Froome has the morale of a winner and is very rapidly bouncing back. He started asking immediately when he could get back on his bike. He should be back racing in about six months."

13 June 2019, 12:43
Number of Birmingham cyclists killed or seriously injured at record high, according to latest stats 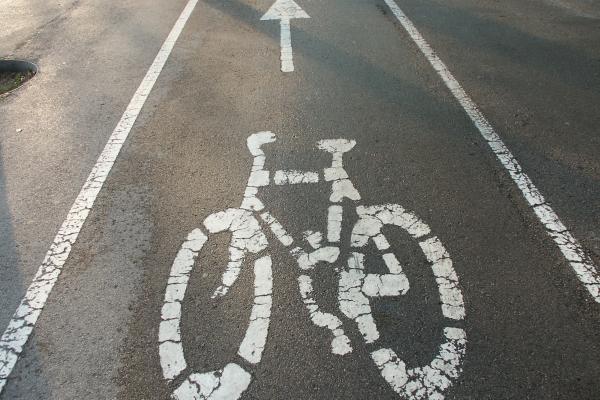 Government figures have revealed that 280 cyclists were injured on the roads of the second city in 2017, and one in five (58) were killed or seriously injured.

The highest total number of incidents records was in 2014, at 287 - but the number of serious incidents has steadily rose since 2013.

Speaking to The Birmingham Mail about a perceived rise in dangerous driving around cyclists, Joshua Harris of the Brake road safety charity said:

“Cycling is one of the healthiest and cheapest ways to get around and everyone should be able to cycle every day without fear for their own safety.

“Yet our research has found that even drivers think dangerous driving around cyclists has increased in recent years, and with 10 people cycling being killed or seriously injured every day, more is clearly needed to be done to keep those on two wheels safe.

“Whilst the government’s actions to encourage more people to cycle and keep them safe are welcome, they must go further.

“We need slower, safer speed limits, greater investment in segregated cycle lanes and drivers who do behave dangerously removed from our roads.

“Drivers themselves also have a role to play in keeping people cycling safe - with our research showing that they acknowledge the dangers they can pose to cyclists.” 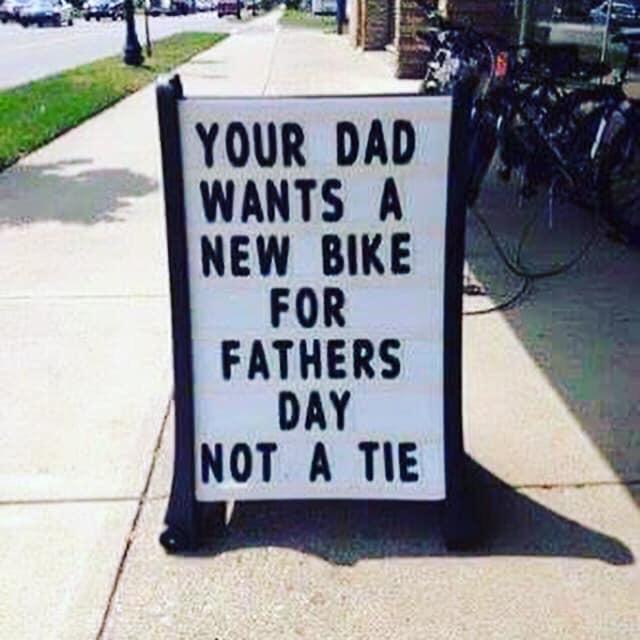 You wanted to know, so here's how in our handy guide here. 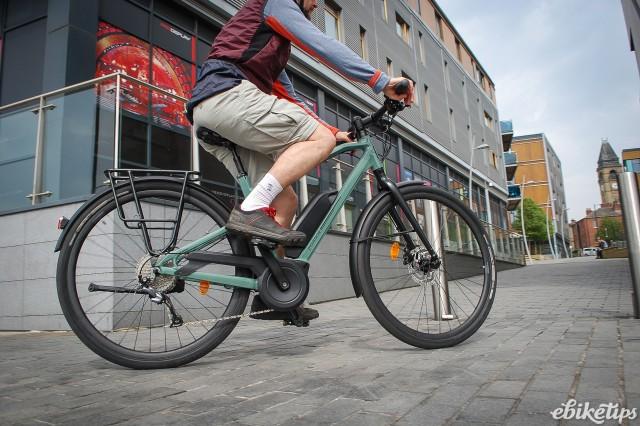 If you haven't read our article on it yet, Cycle to Work schemes in the UK have just got a whole lot more flexible with the Department for Transport's new guidance, making it clear that bikes worth over £1,000 will now be far easier to get on C2W.

One particular genre of bike that is almost impossible to find at the sub-£1,000 mark is electric bikes, and retail giant Halfords is predicting an 'e-bike revolution' thanks to the relaxation of the cap - and they say their own e-bike sales are up 47% and account for 11% of their total bike sales, most likely thanks to the C2W expansion. They also recently commissioned research that predicted e-bike sales in the UK will jump from 50,000 today to a whopping 1.5 million by 2050 (read more about that over on eBikeTips)... someone really wants to flog you an e-bike, don't they?

According to L'Equipe, Brailsford said Froome underwent a successful eight hours of surgery last night. Some of the fractures were open and there were also some internal injuries - further updates when we get them.

13 June 2019, 07:45
Froome out of the Tour de France - interview with Dave Brailsford on BBC, and reaction from around the web

First outing on @TrekBikes speed concept, happy with how my day went but feeling for Froomey after his nasty crash. Heal well matey! @TrekSegafredo @GettySport pic.twitter.com/LcfgNvLxaA

Unfortunately Froome won't be going for a fifth Tour de France this year, after a horror crash at speed when he took his hands off the bars to blow his nose caused multiple fractures (most notably the right femur and right elbow).

Chris is in surgery at the moment to repair the multiple fractures, please keep him in your thoughts. I hope to be able to share a message from him tomorrow morning - MF

Froome underwent surgery last night, and his wife Michelle is currently updating us from his Twitter account and we hope to get some better news this morning. The BBC interviewed Dave Brailsford about the crash on their Bespoke Weekly podcast here, he said: "It's a big crash this one, it's not great.

"It's a tough one to be honest, he's not in great shape."

Brailsford revealed Froome was riding with Wout Poels, and as he hung back to blow his nose, a gust of wind took his front wheel and he went straight into the wall of a house - he also lost consciousness. Brailsford said Garmin data shown Froome went from 54km/h to a "dead stop". Brailsford also praised the emergency services immediately after the crash, and luckily there was an ambulance very close to where the incident happened.

Here's a few more reactions from around social media...

Everyone across INEOS is wishing @chrisfroome (@TeamINEOS) a speedy recovery following his crash during a recon of yesterday’s TT stage @dauphine. https://t.co/UjfZN6KIrn

Absolutely gutted for @chrisfroome. But if there is one thing we know about Froomey, it’s that he will be back from this. July won’t be the same without him that’s for sure. https://t.co/2KCehiuuTq

Such crap news!! It’s always horrible hearing about any bad crash, but even worse when it’s a good mate!! Heal up quick!! #he’llbeback https://t.co/E61vKv1cPp

The video via Cycling Mikey on yesterday's live blog is going viral, garnering hundreds of comments on YouTube, Reddit and road.cc amongst others. Although some commenters appear to be taking  issue with the vigilantism, most were fully on the side of 'Bike Gandalf's' actions...

We missed this one first time around, but here's the cycling and walking charity Sustrans doing their whole London office move using e-cargo bikes. They did it with help from cargo bike taxi and logistics service Pedal Me, who you can find out more about here.

1
Don’t hang around if you want a Gore-Tex Shakedry jacket – the fabric is being retired. Plus tech news from Campagnolo, MET, Kask + more
2
Drink driver who ploughed into cyclist with friend riding on bonnet jailed for 14 months
3
Near Miss of the Day 837: Mercedes driver close passes cyclist carrying four-year-old son in child seat
4
Hit-and-run driver chased cyclist on pavement and knocked him off bike in shocking road rage incident
5
“I don’t want to see someone die on my doorstep”: Council urged to sort out notorious zebra crossing where near misses “happen every day”
6
Cyclist found guilty of riding carelessly in crash which killed motorcyclist
7
Active travel campaigners release footage of anti-LTN vandals setting bollards alight
8
How much?! It's now revealed council spent £10,000 on "embarrassing" obstacle-packed cycle lane