Live blog: The London bus overtake-and-pull-in; 68% of drivers think bikes should have licence plates; Have you hit your alimentary limit? Third of disabled people in UK 'would like to start cycling' but face barriers + more 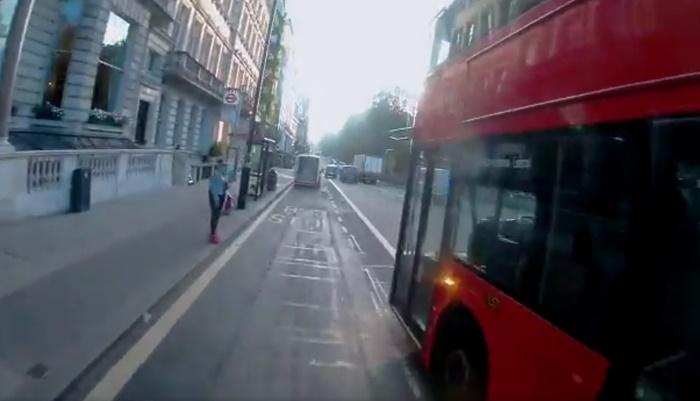 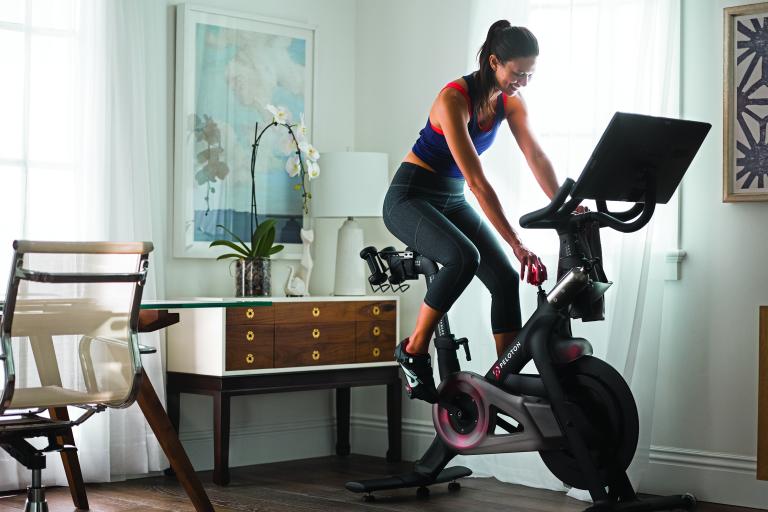 Virtual spin class firm could be valued at more than $8bn. (We really feel like we're missing something here.)

It's the OPI, apparently. The overtake and pull-in.

I have every sympathy for London bus drivers, but I do not understand why their instructors are teaching this manoeuvre — the OPI — pulled on me during my commute today pic.twitter.com/VatdV8U4ei Recent figures from Belgium have found that 68% of cyclists don't wear helmets, report the Brussels Times. In the Walloon region it's even higher at 71%, and only Hungary and the Netherlands have a lower rate of helmet use nationally.

The Belgian road safety institute Vias reported that wearing a helmet reduces the risk of a serious head injury by 60% in the event of an accident. They also said that in autopsies of cyclists who died in accidents and did not wear a helmet, 37% of them could have survived if they had worn one; however the Flemish cycling policy centre Fietsberaad found that helmets don't offer much protection in accidents with high-speed or heavy vehicles such as cars, lorries and trucks, but they do provide protection in collisions with objects and lower speed falls.

Fietsberaad also say that safer cycling comes from proper cycling infrastructure, which explains the Netherlands higher safety rates even though helmet use is low.

06 June 2019, 12:09
Almost seven out of ten drivers want bikes to have licence plates, according to survey It might not exactly come as a surprise considering the survey participants were all motorists, but alas Motoring Research have reported that insurance company InsuretheGap have published results of a survey that says 68% of respondents think that bikes should be licensed and insured. Other stats include 53% thinking that cyclists should need to pass a test to cycle, and bizarrely 44% want cyclists to pay Vehicle Excise Duty, even though bicycles don't produce any emissions.

Ben Wooltorton, CEO of InsuretheGap, said: “The explosion in bike usage in recent years is good news for the environment and should also help to ease congestion in urban areas if managed correctly.

“However, our survey picked up a definite feeling among motorists that they are often held to higher standards than their fellow road users when it comes to adherence to the Highway Code.

“Our survey also particularly highlighted that motorists are concerned about road funding, safety and also insurance, which isn’t currently compulsory for cyclists, unlike most other road users.”

Ironically InsuretheGap fail to mention the gap in serious collisions between those involving bicycles and those involving cars, the latter (and those that operate them) of which are responsible for around 1,700 deaths per year.

If you want to know how much of a faff licencing a push bike with a powerful motor currently is in the UK, check out this guide to Buying and riding an S-pedelec in the UK over on our sister site eBikeTips. Businesses would benefit from more productive employees who would be less likely to take time off sick says health watchdog.

06 June 2019, 12:30
One third of disabled people in UK cities would like to start cycling but face barriers, according to research

The “Inclusive cycling in towns and cities” report, published today by Sustrans and Arup highlights that women, older and disabled people continue to be neglected in cycling.

The report uses data from Bike Life 2017, the largest assessment of cycling in seven major cities, and interviews with 12 focus groups consisting of women, older people and disabled people with reduced mobility, learning difficulty, hearing loss, partial sight, or mental health conditions. It found that people from these demographic groups face systematic barriers to either beginning to cycle, or to cycling more. Reasons include an association that cycling isn’t an activity for people like ‘them’, safety concerns, lack of cycling infrastructure and the high cost of adaptive cycles. 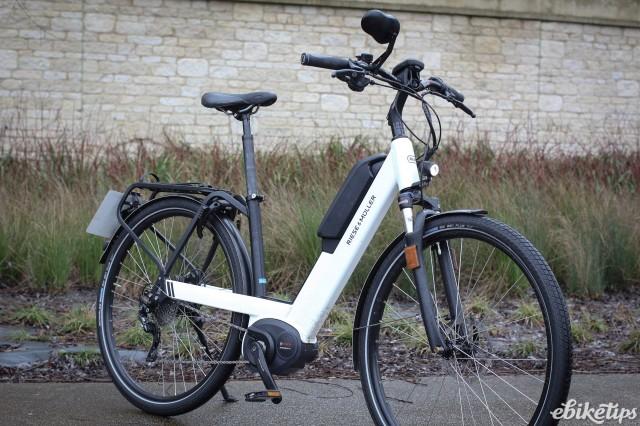 An S-pedelic rider near Antwerp has been fined 55 euros for doing 41km/h in a 30km/h zone. Full story over on eBikeTips. 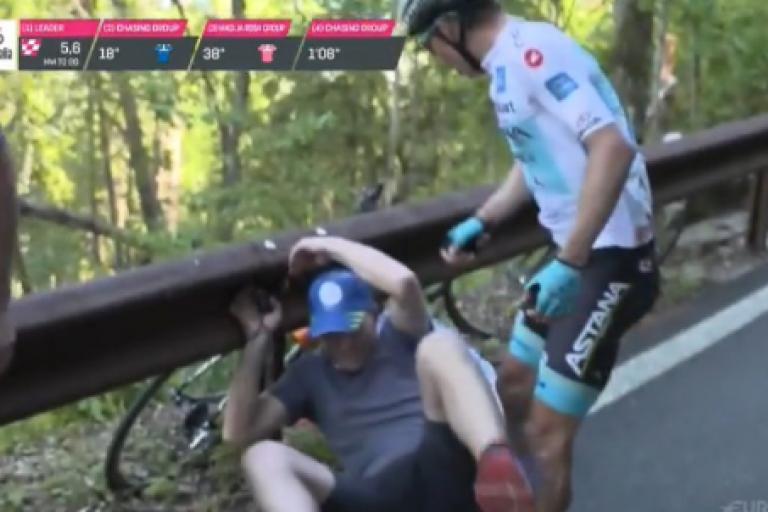 James Hayden offered a bit of advice to motorists earlier this year after he suffered a nasty close pass.

Today he suffered another one. By a police officer.

Close-passed at speed by @metpoliceuk SV68BYD in Beckenham, A2015 at 10:35 6/6/19. @MetCycleCops get this driver some training as their standard is well below acceptable.

Those new Giro Imperial shoes costing £375 you read about the other day, remember them? Well we've just had a pair land in the office. Here's a super quick first look over on our Instagram page. We'll have a proper unboxing first look video soon too so watch out for that.

Thanks guys smashed the last 40miles at 18-20mph, full power all the way and still had 3nothes left on arrival.

Your eBike is awesome and super reliable, been no issues whatsoever

On yesterday's live blog we caught wind of a 'sustainable race' between a VOLT e-bike and a Renault Twizy over 532 miles... and the e-bike, with the record breaking e-biker Chris Ramsey atop of it, ending up winning comfortably thanks to the quicker recharging and better range than the car. According to research conducted at Duke University in Durham, North Carolina, all endurance athletes have a metabolic limit – a maximum level of exertion that is sustainable in the long term.

Above the limit of 2.5 times a person's resting metabolic rate, the body begins to feed on itself to obtain the additional calories needed to function.

“This defines the realm of what’s possible for humans,” said study co-author Herman Pontzer, an associate professor of evolutionary anthropology, who believes the limiting factor is most likely the digestive tract’s ability to break down food.

“There’s just a limit to how many calories our guts can effectively absorb per day,” he said.

The study measured daily calories burned by a group of athletes who ran six marathons a week for five months as part of the 2015 Race Across the USA. It also looked at other feats of endurance including the Tour de France, Antarctic treks and pregnancy.

Plotted over time, the data for all events formed an L-shaped curve where athletes’ energy expenditure started out relatively high, but dropped and flattened out at 2.5 times their basal metabolic rate for the remainder of the event.

"You can do really intense stuff for a couple of days, but if you want to last longer then you have to dial it back," Pontzer told BBC News.

The maximum sustainable energy expenditure found among endurance athletes was only slightly higher than the metabolic rates women sustain during pregnancy, which suggests that the same physiological limits constrain other aspects of life too, such as how big babies can grow in the womb.