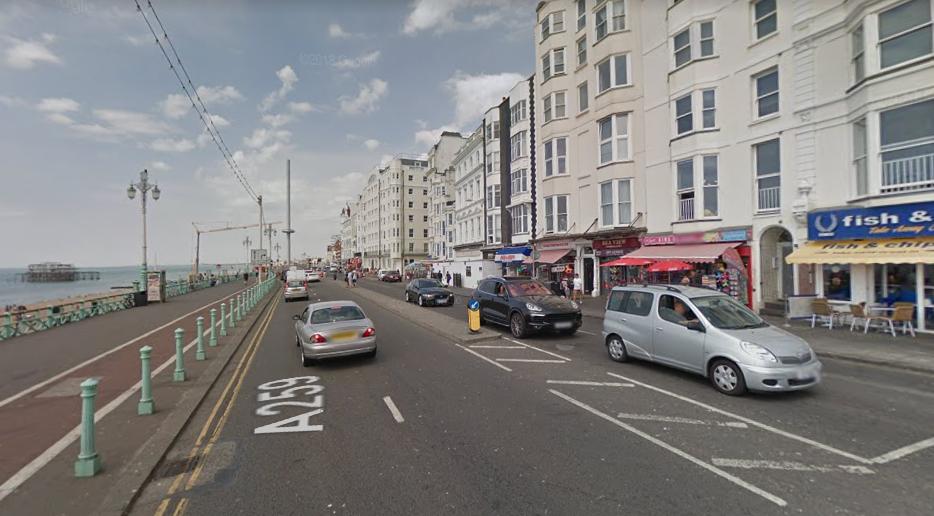 A259 Marine Parade in Brighton (via Google Street View).PNG

A Green Party councillor who served as mayor of Brighton & Hove City Council from 2016-17 has said that two of the four lanes of road along the Brighton’s seafront should be turned into cycle lanes.

Pete West, the first councillor elected from his party to the seaside city’s council, made the appeal at a hustings focused on transport ahead of the 2 May local council elections, reports Brighton & Hove News.

“You’ve got a four-lane dual carriageway that is the preserve of motor vehicles because no one apart from the foolhardy like me is actually prepared to cycle along the road,” he said.

“So they’ve got it all to themselves whereas the cyclists and pedestrians are crammed together, milling on the prom,” he told the audience at the event, which was organised by Brighton Bike Hub, Bricycles, Brighton & Hove Friends of the Earth and the South Coast Alliance for Transport and the Environment (SCATE).

The councillor was replying to a question about the state of disrepair of a section of the National Cycle Network that runs along the promenade, and highlighted that there were too many people on foot and bike in some places for it to be shared safely.

“I think we need to dig up the A259 between the Aquarium and at least West Street and perhaps beyond,” he said.

“I think there can be hardly anyone who uses a bike in Brighton and hires that hasn’t had a terrible experience on that stretch.

“And that goes for all the pedestrians, particularly, visitors are totally uninducted in what to expect as they wander around the cycle lane.”

All candidates were asked if they were in favour of reducing the number of motor vehicle lanes on the road, with Liberal-Democrat candidate Christian Chadwick agreeing with Councillor West that they should.

Councillor Lee Wares, deputy leader of the Conservative group on the council disagreed, while Daniel Yates, the Labour leader of the council, did not commit one way or the other, saying: “It’s a piece of architecture just like anything else? If it becomes redundant, fine with me.”

Speaking about the proposed removal of the roundabout outside the city’s Aquarium which will bbe replaced by a traffic light-controlled junction, Councillor Yates continued: “If you want me to be honest about it, it’s a roundabout. A roundabout is a piece of road infrastructure.

“Whether there’s a roundabout or a junction, it doesn’t matter to me. What matters to me is the people who want to move through that space.

Throwing down the gauntlet to locals opposed to the scheme, he said: “If you’re upset, I’m the leader of the council, I’m up for election. Let the people of Moulsecoomb and Bevendean decide what they want to do with me.”

He also cited figures that showed that around six in ten people living in the city commuted by some form of sustainable transport – 21 per cent by walking, 19 per cent by train, 14 per cent by bus and 5 per cent by bike.