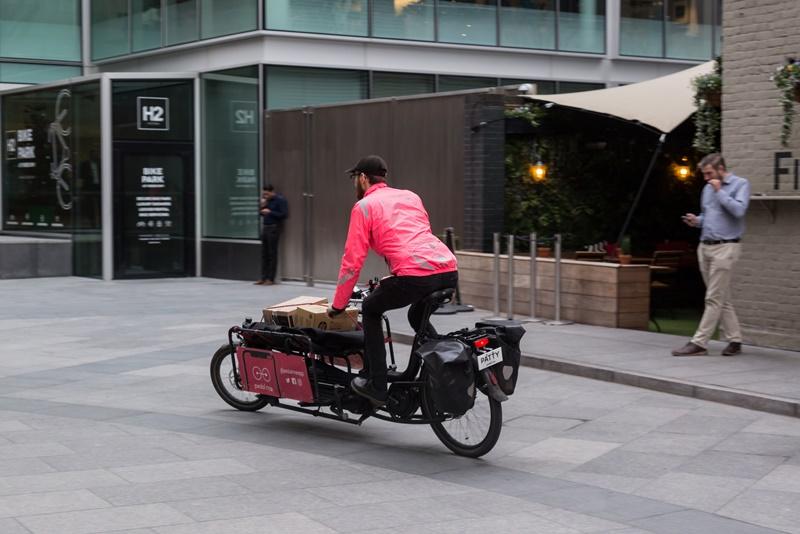 The Mayor of London and Transport for London (TfL) have unveiled plans to transform how deliveries are made in the capital. The measures include making land available for ‘micro-distribution centres’ from which deliveries would be made by cargo bike.

TfL says that the movements of goods vehicles in the capital have increased by around 20 per cent since 2010, contributing to poor air quality, congestion and road danger.

Lorries and vans now account for around a fifth of London’s road traffic.

The rise is in large part being driven by online sales, which have doubled since 2012. Between 200,000 and 400,000 personal deliveries are made to offices in central London every day.

A number of measures have now been announced to encourage more sustainable delivery options.

Sadiq Khan, Mayor of London, said: “Freight is essential for London’s economy but for our future health and prosperity we need to be smarter about how we manage the millions of van and lorry journeys each week.

“By creating a pan-London network of micro-distribution centres and rolling out innovative click and collect points at more Tube stations, we will enable more commuters to collect packages near their home – helping reduce congestion across our city.

“Together with the introduction of our world-leading Direct Vision Standard and supporting businesses to switch to electric vans and cargo bikes, we will make freight more efficient while also reducing road danger and cleaning up London’s toxic air.”

Last month TfL trialled cargo bike deliveries to a Crossrail site at Whitechapel using cycle lanes instead of a van.

According to London cycling commissioner, Will Norman, the bikes were twice as quick as vans.

Cargo bikes vs vans delivering to a construction site. Fantastic (but unsurprising) to see the bikes were almost twice as fast as the vans - with no pollution. Great stuff @TfL @MBCyclingTM and team https://t.co/ORRPwa7v4M

While many construction loads would of course be too large for a cargo bike, Pedal Me, who took part in the trial, pointed out that many different sized loads are sent to site.

We were told that 70% of rapid reaction orders for one plant-to-site hiring company were currently being delivered by van, but could be carried on one of our bikes (by said company).

The firm was also keen to emphasise that its bikes and trailers can transport up to 300kg at a time.

A cargo bike taxi and delivery service, Pedal Me recently smashed its Crowdcube fundraising target of £150,000 just hours into the campaign.