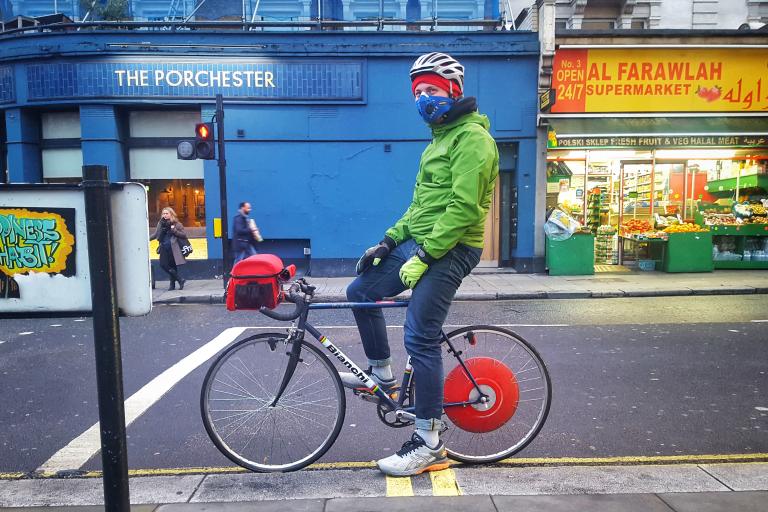 Copenhagen Wheel spotted in the wild in London

We've covered the Copenhagen Wheel - the rear-wheel device that is billed as turning any bike into an e-bike - a few times on road.cc over the years.

But we'd never seen one outside of a bike show until today when your correspondent, sitting in a cafe in west London, looked up and saw that tell-tale red disc on the rear wheel ... and in the space of 10 seconds managed to run outside, get the camera on the phone ready, ask the rider's permission, and snap this pic.

I only the Beast of Bodmin or Sasquatch were this obliging .... 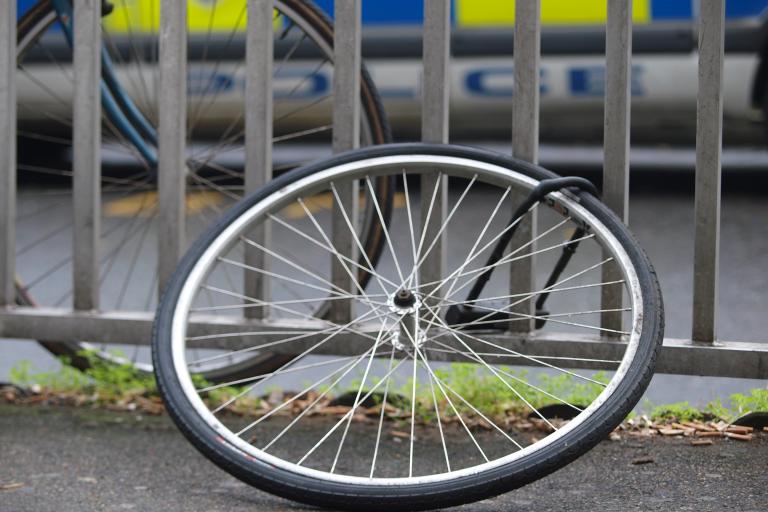 British Transport Police (BTP) will reportedly shut down a unit dedicated to targeting bike thieves in London and the south east – so the force can concentrate on fighting violent crime instead.

A BTP source told The Sunday Times: “Cycle theft is no longer seen as a priority: the feeling is that the public do not care if their bikes get stolen.”

But the source added: “Officers on the team are angry. They see cycle theft as a major problem that will get worse without a dedicated team.”

He said: “Bicycles are not just playthings. For many people, they are the means to reach work or education, and for some, their profession is reliant on access to a bike.” 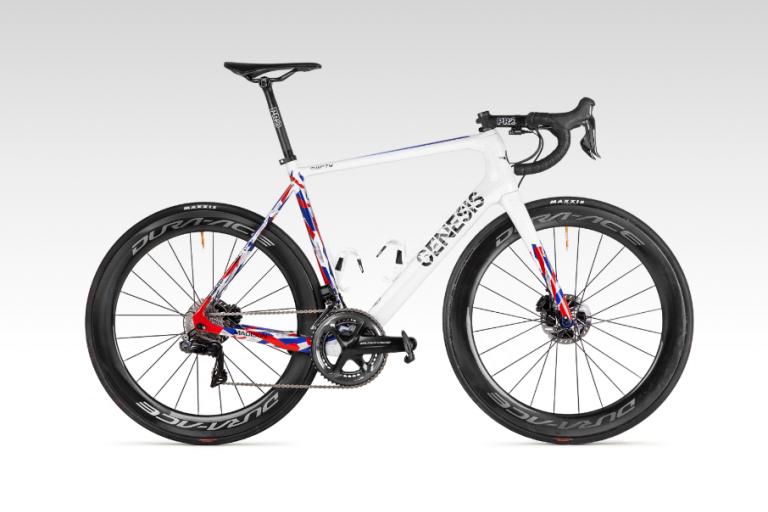 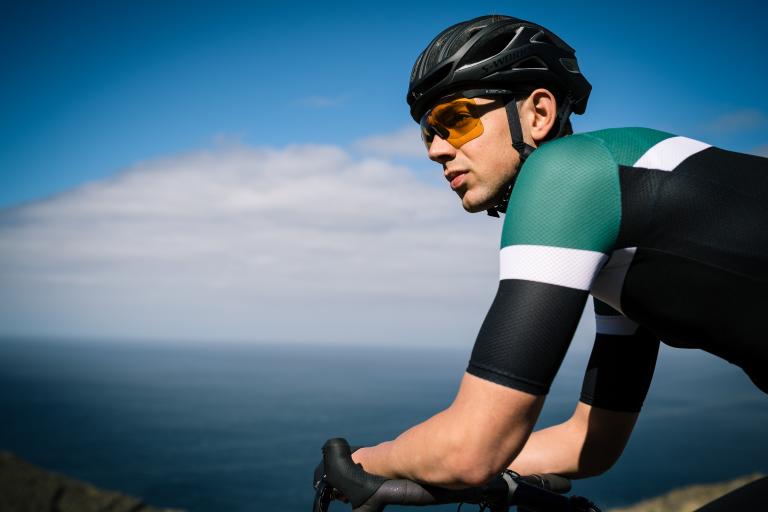 The Italians have launched their second line of PSN jerseys, made with premium dyed stretch Italian fabric. Further details have been added including colour inserts on the sleeves, reflective logos an piping along the back pockets. They've also released new Zenith, Magenta and Forest sock colours to match the new jerseys. See the full range on the La Passione website here.

Here are a couple that got shared on Twitter - and here is our original story. 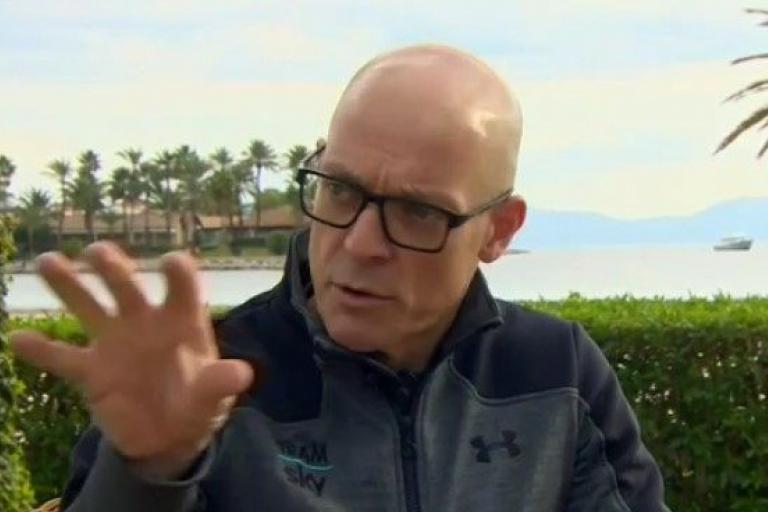 Speaking to Marca, Brailsford said that any sponsorship agreement between his team and the nation of Colombia was "very unlikely" despite recent developments. Brailsford met with the Colombian President Iván Duque Márquez and a representative of the oil company Ecopetrol last week, as we reported on Friday.

The Marca report suggests that guerrilla groups sabotaging Ecopetrol pipelines recently has affected their finances, while the Colombian government would be unlikely to invest so much money in a single sport despite despite the country experiencing a cycling boom. Sky's new recruit Ivan Sosa came second in the Tour Colombia 2.1 which concluded at the weekend, and they already have a potential Colombian star of the future in 22-year-old Egan Bernal. Despite these most recent comments, Brailsford did say it's only a mater of time before there's a Colombian-backed World Tour team. 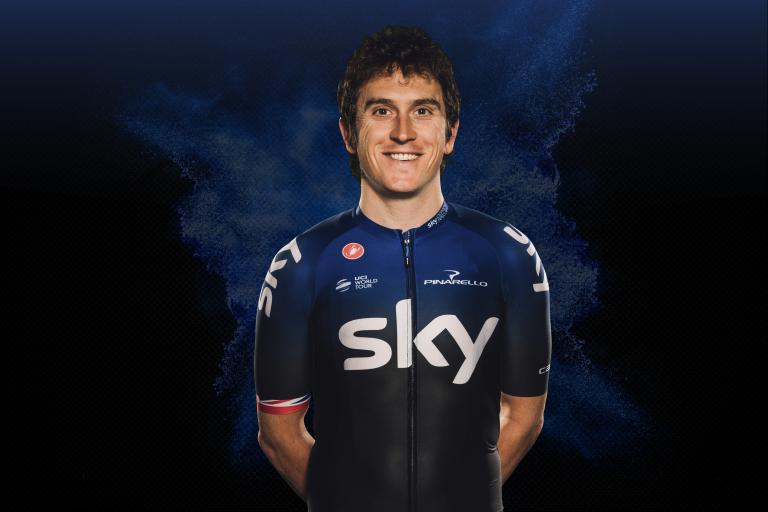 The essentials according to G

Geraint Thomas now scribes for GQ magazine (a bit of a climbdown from when he landed a couple of road.cc columns back in the day of course) and has been informing their presumably less bike-orientated readership what they absolutely need to start out. His top must-have is a decent pair of padded shorts and a breathable waterproof, while he ranks glasses and helmets as slightly lower in importance in terms of finding something absolutely perfect. Puncture repair kit also features, and he recommends practising clipping in and out of cleats away from the traffic to start with to avoid comical topplings over. Brakes, tyre pressure and a well lubed chain are his three big essentials check before heading out for a ride. Read the full column here.

Here are directions for how to manually export your activity from Garmin to Strava: https://t.co/TWK2qnBnYU

Well for lots of cyclists, runners, Nordic skiers or whatever people use Strava for nowadays, a whole day's effort was virtually lost as the 'social network for athletes' was failing to upload activities. The saying goes if it's not on Strava then it didn't happen', and it mostly seemed not to be happening for those syncing to Strava from a Garmin GPS cycle computer/watch or Android devices from having a peruse of the social media anger generated on other platforms yesterday. Strava Support were busy directing people to their manual upload instructions, a process that will now feel convoluted in the age of instant Bluetooth and ANT+ connectivity. How did you cope, were you forced into reverting to the archaic method of plugging your device into a computer, or were you happy to keep your ride to yourself on this occasion? Do let us know your tales of woe in the comments, but for now here's a selection of our favourite overreactions...

When @Strava goes down on a Sunday pic.twitter.com/9q8I2hPI8Q

Crisis across the UK. Emergence of swarms of fair weather riders leads to @Strava crash and the horror of lost activities.

When you want to show off about your first ever 10k and Strava is down pic.twitter.com/FjBzCyMoPo

#strava is down! Can't gloat without evidence! pic.twitter.com/nHZv46uqBb

Rachel Morris MBE has told the BBC that next on her list for more Paralympic glory in Tokyo 2020 is Nordic Skiing, and the 39-year-old will become the first woman to represent Great Britain at the World Para Nordic Skiing Championship in Canada on Sunday. She said: "I've always wanted to do a winter sport and the opportunity just came along,"

Morris won gold in the handcycling time trial at Beijing 2008, and won bronze in the road race at London 2012. 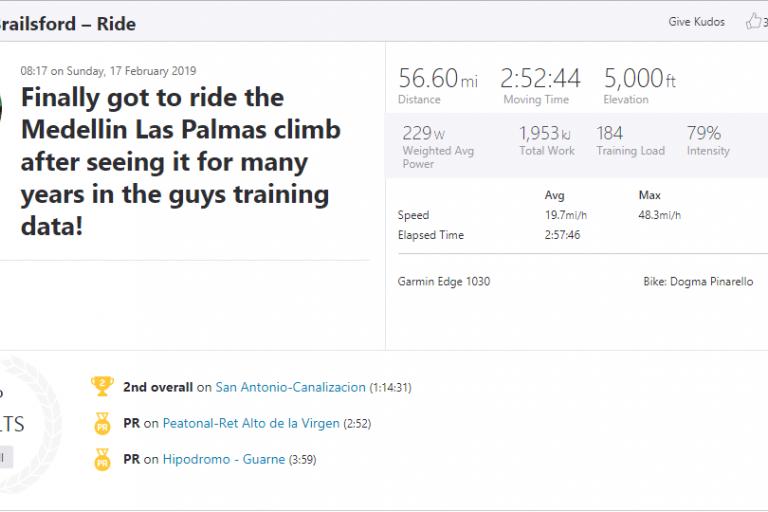 Despite #stravadown there were still plenty of impressive uploads yesterday

And while lots of us were unable to humble-brag quite so effectively yesterday, plenty of (presumably not Garmin or Android-using) pros and famous faces were out in force to rub salt into the wounds - Andre Greipel uploaded his data from a 100 mile stage from the Tour of Oman, cyclists-turned-triathlete Cameron Wurf simply did 30 miles of 'TT touring' (perhaps trying to emulate his friend Chris Froome's 116 mile gravel ride on a Pinarello Bolide) and Romain Bardet bagged a KOM during a 95 mile epic through the South of France. We were most impressed by Sir Dave Brailsford's efforts though (check out the pic above and the link here), consisting of a 56 mile ride in Colombia which took in the infamous Medellin to Las Palmas climb, with an average power of 229 watts and average speed of 19.7mph. It's pretty impressive for what will be Brailsford's downtime as he's out managing his team for the Tour Colombia 2.1 - check out this article where Brailsford reveals the secrets of his own training, which include a mostly low carb diet and riding at a low cadence to build strength in winter. 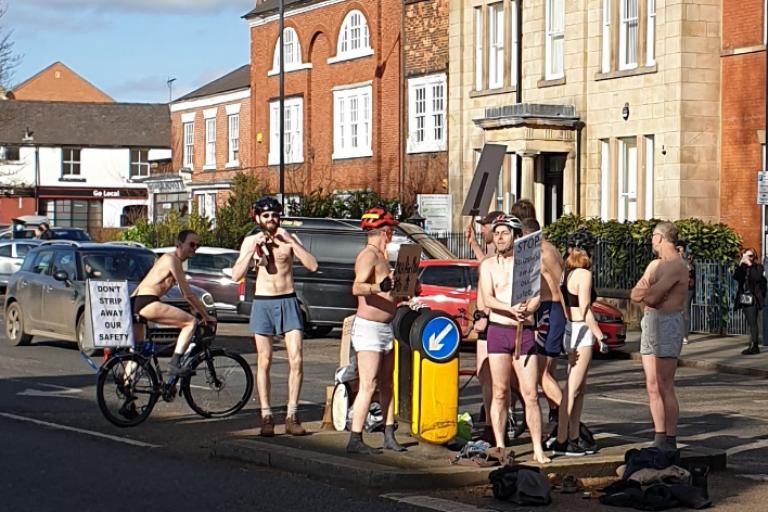 Weekend catch-up - this weekend we were mostly talking about...

- The stuff they never tell you about disc brakes (feature)