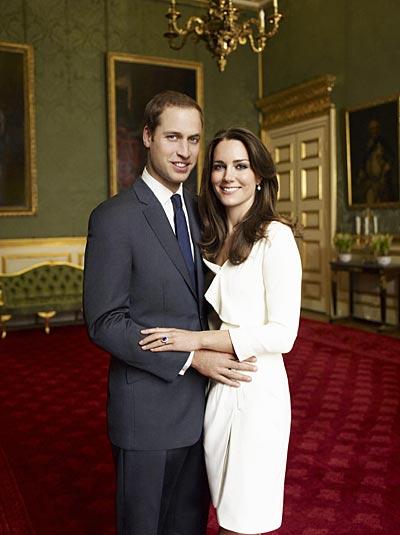 Headaches surrounding wedding presents typically involve wondering whether you should ignore the wedding list and buy an individual gift, a dilemma facing anyone who’s left it late and found that everything’s gone except for that £300 espresso machine. Mayor of London Boris Johnson, however, is under attack for plans to give Prince William and fiancée Kate Middleton a £500 tandem ‘Boris bike’ when the pair tie the royal knot this Friday.

When the prince’s parents were married in 1981, they received more than 6,000 gifts, ranging from the grand – a roomful of antique furniture on behalf of the Canadian people to the practical – his and hers pairs of gloves courtesy of the Worshipful Company of Glovers.

Perhaps mindful of the austerity brought about by the recession, William and Kate have reportedly asked that guests make donations to charity in lieu of gifts.

Undeterred, Mr Johnson, ever one to plough his own furrow, is said to be determined to make a gift of the tandem bicycle to the happy couple, but according to the Daily Mail, a row erupted over his initial insistence that the £500 cost be funded by Transport for London (TfL).

In the end, the tab for the bike has been picked up by Serco, the company that operates the Barclays Cycle Hire Scheme.

The Daily Mail quotes a Whitehall source as saying that the gift will help boost the profile of the scheme, adding, “It is typical of Boris to want to give a tandem as a special gift, but TfL didn’t want to pay for it out of public money. They said it would set the wrong precedent and give out the wrong message.”

A spokesman for Mr Johnson commented: “The Mayor is determined to mark the historic event to show London’s support for the happy couple. He is planning additional celebrations and surprises.”

Presumably the recipients won't need a key to access their new bicycle-made-for-two from a docking station, but you do have to wonder when and where they would have the opportunity to use it; the scheme's bikes have just three gears and their weight means that a standard one, let alone a tandem version, would challenge even an experienced cyclist taking it for a spin around some of the climbs in Windsor Great Park, for example.