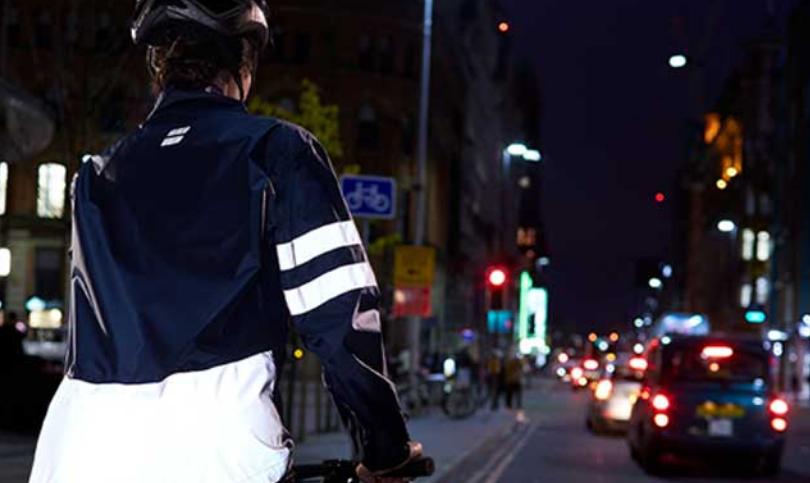 Auto Trader aims to promote harmony between road users - but does it fall into trap of being perceived as shifting onus to vulnerable road users?
by Simon_MacMichael

Auto Trader the used car magazine and website is asking road users to #SwearToChange in a new campaign aimed at boosting safety and courtesy on UK roads, but the campaign’s initial offer of limited edition reflective gear to cyclists, joggers and dog-walkers has provoked a backlash from some cyclists on social media who ask what incentive there is for motorists to #SwearToChange?

Auto Trader has highlighted issues related to the safety of cyclists both on their website and on social media, such as this tweet earlier this month about the need to give cyclists adequate room when overtaking and the Dutch Reach technique, aimed at preventing instances of ‘dooring’.

Did you know you could now face a £100 fine for passing too close to a cyclist? It’s to increase safety for all on our roads. Why not try the ‘Dutch Reach’ next time you open your door? Let’s hope more of us will #SwearToChange and make the roads safer. https://t.co/vylS8yHScB pic.twitter.com/uZ5Pzk1vq9

A blog post last month entitled How To Be A Better Driver And Cyclist, meanwhile, contains plenty of sound advice for motorists about how to share the road safely with people on bikes, although there are a couple of notes that might jar with some – recommending cyclists wear hi-vis to make themselves be seen, and encouraging slower-moving road users (including drivers) to pull over and let faster-moving vehicles past.

Outlining the #SwearToChange campaign on its website, Auto Trader says:

Our roads can bring out the worst in us. It’s all too easy to forget that whether we’re cycling, walking or in a car we all have a right to use the road.

So what if instead of swearing at each other in road rage we swear to change it?

To drive change and help us look out for each other we’re giving away limited-edition reflective clothes and accessories. They’re lit up by headlights, making the cycle home, the late-night jog and the early-morning dog walk safer.

And helping everyone on the road stand out is just the start. Will you join us on this journey and help make our roads a place everyone can use? Will you #SwearToChange?

Inviting visitors to suggest “one thing you could change to make our roads better for everyone,” the campaign is accompanied by a competition to win reflective jackets, dog leads and backpack covers.

The initiative is being promoted on outdoor media, as shown in the photo in this tweet, taken on Gray’s Inn Road in London by Adam Tranter – a PR professional with his own successful business, and therefore highly experienced in what does and doesn’t work in terms of corporate communications.

So @AutoTrader_UK are giving out free reflective clothing to "cyclists and commuters", adding "together we can make our roads safer for everyone". I can think of loads more ways to keep cyclists and commuters (pedestrians?) safe but they probably wouldn't help used car sales. pic.twitter.com/kxUHpP9GCH

In the replies to his tweet, the campaign is attracting a backlash from a number of cyclists, as have other initiatives in the past such as the AA handing out free cycle helmets and hi-visibility vests several years ago.

The problem with such campaigns is that, however well-meant, they tend to reinforce the perception that the safety of people riding bikes and other vulnerable road users is their own responsibility are thereby seen as absolving motorists of responsibility.

We’re sure that’s not Auto Trader’s intention, and while we had been unable to contact their press office by telephone prior to publication of this article, we will be contacting them to find out how they plan to involve motorists in the campaign. We’ll let you know their response once we have it.