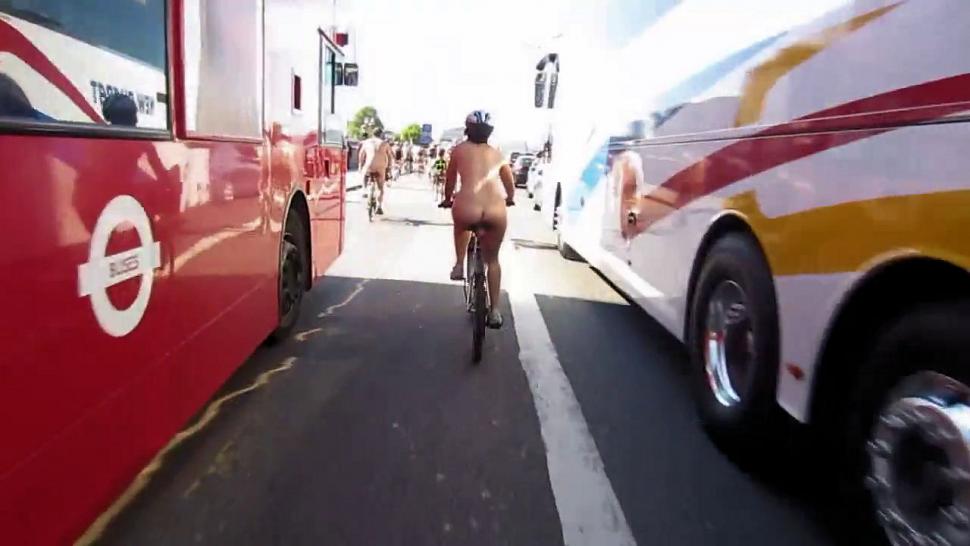 The 16th annual World Naked Bike Ride (WNBR) London will take place on Saturday June 8 this year. Various start points will allow riders to choose from short, slow rides or longer and faster ones. All rides will head into Central London where over a thousand cyclists will protest.

Launched in 2004 in 28 cities, WNBR was initially about protesting oil dependency and celebrating the power and individuality of the human body. Since 2006, there has been a shift towards simplifying the message with a greater focus on cycling advocacy.

The 2019 London event takes place on the Queen's Official Birthday. Organisers say they hope to see riders stop to sing Happy Birthday outside Buckingham Palace. They point out that it is also the Trooping of the Colour in the morning, “so there are usually good crowds to cheer on the ride.”

Anyone with a bicycle is welcome to participate for free, so long as they support the objectives of the World Naked Bike Ride.

Clothing is optional, although organisers recommend that riders wear shoes for safety reasons.

“No one should get naked before the official start of the ride or spend an unnecessarily long time dressing at the end,” they advise. “The protest has a carnival feel, so you are welcome to adorn yourself with colourful patterns and slogans, fly flags and wear fancy dress.”

The ride is cleared in advance with the police. According to the Sexual Offences Act 2003, in England nakedness is not illegal unless you are doing it intending to alarm or distress someone.

WNBR says: “We believe that some visibility of non-sexual nudity of diverse ordinary people is a good antidote to the highly distorted view that young people can develop about body image, normal human bodies, adult behaviours and loving relationships.”

Here’s a sample video from 2014 (which was preceded in the press release by a quite wonderful sentence explaining that it, “was produced to meet social media standards, avoiding the display of private parts and female nipples through tight and sometimes brutal editing”).