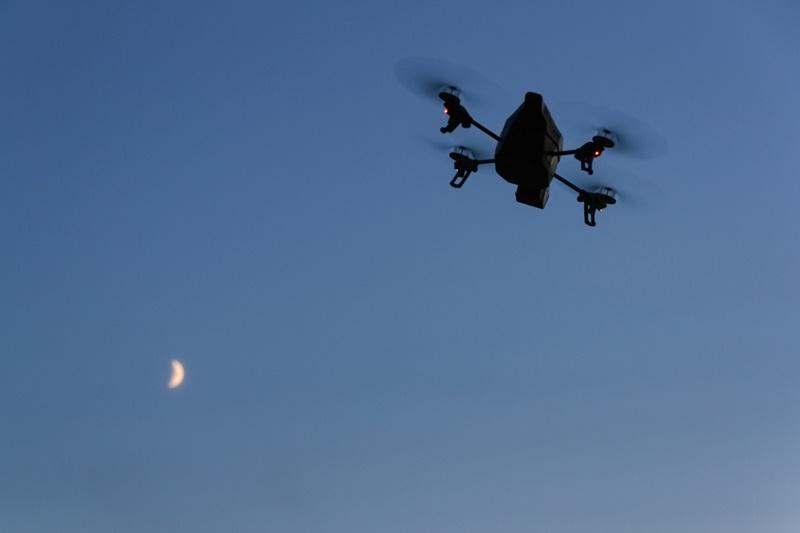 Was cycling's SMIDSY effect exploited by the alleged perpetrators of the Gatwick drone incursion?...
by Alex Bowden

If there’s one thing we’ve learnt from our coverage of cycling on British roads, it’s that a sure-fire way to avoid being seen is to don a hi-vis vest and climb on a bike. Is this the ingenious method by which the Gatwick drone suspects evaded capture for so long?

Late on Friday, a man and a woman were arrested in connection with a string of drone sightings which brought Gatwick Airport to a standstill for more than a day.

They were released on Sunday, with Detective Chief Superintendent Jason Tingley of Sussex Police saying the man had "fully co-operated" with the investigation and that he was "satisfied that they are no longer suspects in the drone incidents at Gatwick

"Our inquiry continues at a pace to locate those responsible for the drone incursions, and we continue to actively follow lines of investigation," he added.

It had been reported that the man may have been the one seen by motorist Paul Motts, who told The Sun: “I was delivering a parcel and drove past a suspicious man in fluorescent cycling gear crouching over a large drone which was all lit up.

“It looked like he was packing the drones away. Two minutes later we turned around and came across him cycling away. I expect he wanted to disassemble the drone as quickly as possible and get away as fast as he could.”

I shouldn't laugh but it does prove that a) bikes are great for moving around unimpeded and can carry more than you think & b) even in hi vis they really cannot see you https://t.co/WDv4yCs5S1

Studies have shown that cycling is (unfortunately) a highly effective way to avoid being seen. More than one in five cyclists go unseen by motorists, according to an experiment using eye tracking technology that was conducted for the insurance company Direct Line.

In fact research published by the The Journal of the Human Factors and Ergonomics Society suggests that drivers often fail to “see” motorbikers – and by extension cyclists – even when they look right at them.

You might think that hi-vis clothing would counteract this, but despite its name, it brings no guarantee of visibility.

Last month we reported on a Hertfordshire cyclist who, despite wearing hi-vis and using lights, seemed to be invisible to a motorist entering a roundabout.

This story was originally published on Saturday 22 December 2018 and updated on Sunday 23 December 2018 to reflect that the two people arrested had been released.