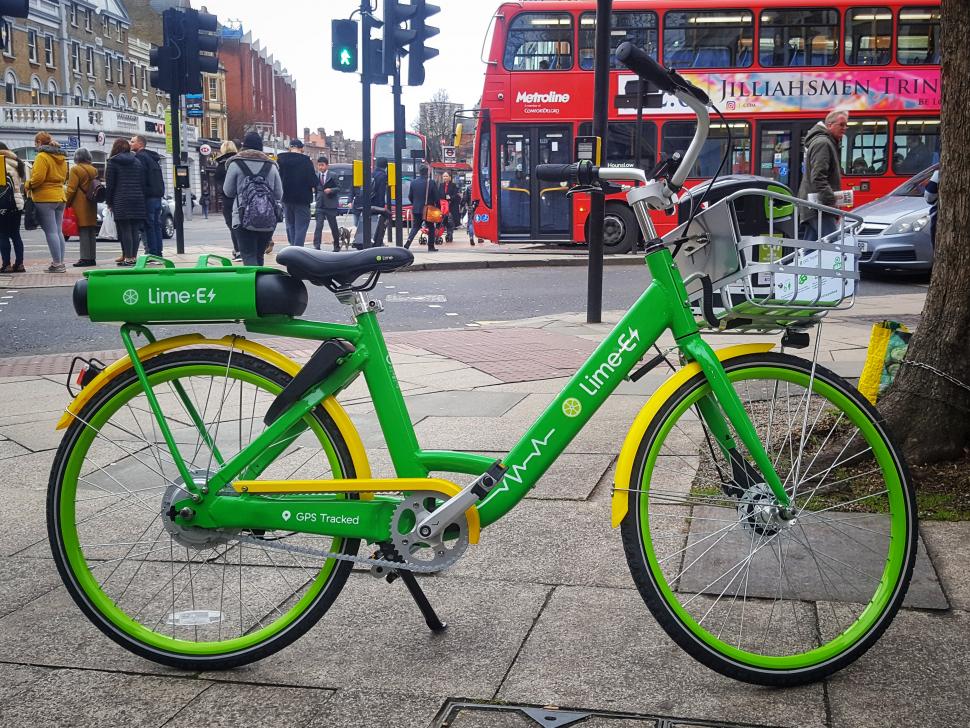 London gets its first dockless e-bike hire scheme with Lime

The move comes just a week after the San Mateo, California-based company entered the UK market by setting up a similar scheme in Milton Keynes.

The bikes, branded Lime-E – as they are in other countries, meaning any similarity to the US slang term ‘Limey’ is presumably coincidental – have a rechargeable lithium battery and a maximum speed of 14.8mph.

The bikes can be unlocked for £1 via a smartphone app – available via the Lime UK website – then cost 15p for each minute they are used.

A 10-minute journey, therefore, including the unlocking fee, would cost £1 more than a single bus fare – irrespective of length of trip – which stands at £1.50.

Founded only in January last year, Lime is now present in around 100 cities in the US and 15 countries worldwide, including Australia, France, Germany and Spain.

Besides standard bicycles and e-bikes, it also provides electric scooter hire in a number of countries but won’t be doing so in the UK due to current Department for Transport rules.

The launch of its e-bike rental service comes five years after former Mayor of London Boris Johnson announced plans to trial an electric version of the city’s cycle hire scheme to serve hillier parts of north London including Muswell Hill and Crouch End from a central hub at Finsbury Park, although the scheme never materialised.