KHS are extending the size of the range they bring into the UK for 2011, introducing carbon road bikes and an entirely new range of hybrids, and rather than selling via their website as previously, all the models will be available via a network of dealers.

They’re offering a new high-modulus carbon monocoque frame on three bikes at the top of the road range, starting with the £1599.99 Flite 850. The frame features a BB30 oversized bottom bracket and a tapered head tube (1 1/8in up top, 1 1/2in at the bottom), following what’s fast becoming the standard formula for increasing stiffness.

We haven’t got a frame weight for you yet but we can tell you that you get internal cable routing and a replaceable mech hanger, while the 850 comes equipped with a mostly Shimano 105 groupset, FSA Gossamer compact chainset and Formula/Mavic wheels. On paper, it looks very good value for money, although we’ve yet to give it a spin. 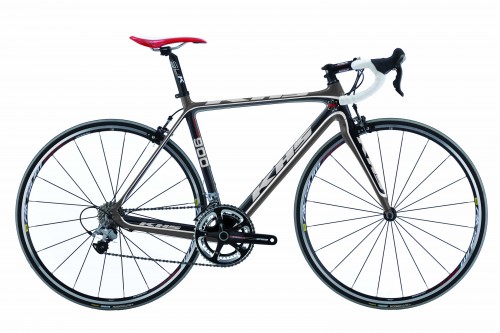 The next model up the ladder, the Flite 900, gets a full carbon monocoque fork – the 850’s has a alloy steerer – Mavic’s Aksium wheels and a Shimano Ultegra group. KHS haven’t skimped on the rest of the spec either; there’s some great FSA kit on this bike, including an SLK carbon seatpost, and the £2399.99 price looks tempting. 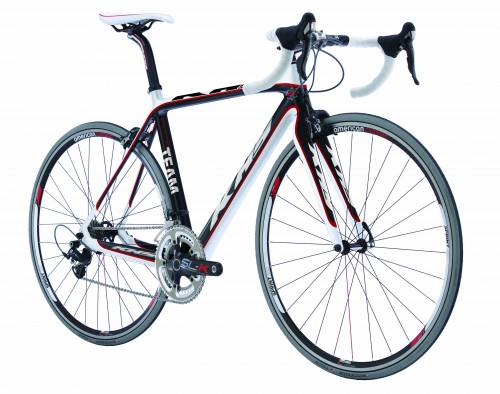 Meanwhile, the flagship Flight Team is dripping with Shimano’s high-end Dura-Ace kit with a smattering of FSA’s SLK components thrown in, and a set of American Classic Sprint 350 wheels. It’s yours for a penny under four grand – although, at that price point, it’s up against some big-name competition in the shape of the Specialized Tarmac Pro SL3 which comes with Ultegra/Dura-Ace components and Roval Fusee SL wheels.

Back at the sub-£1000 end of the road bike market, the double-butted alloy Flite 300 keeps its £549.99 price tag from 2010. Fitted with Shimano 2300 components and carbon fork blades and seatpost, it’s one of the most attractive setups in its category in terms of value for money. Check it out if you’re after a bargain. If you want to keep things simpler around the same price, the singlespeed Reynolds 520 Flite 100 remains at £499.99 for 2011. 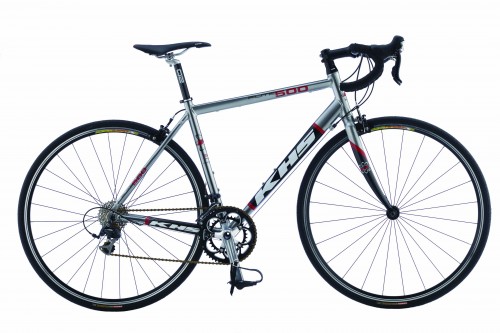 The Flite 500 packs in the value too – it’s possibly the most competitively priced bike in the entire KHS range. The custom-formed 6061 frame has carbon stays while Shimano’s sound-as-a-pound 105 components add plenty more to the deal. Plus, at £999.99, you can buy it tax-free if your employer is signed up to a Cycle to Work scheme.

KHS are also including a UK-only crosser-cum-commuter in their 2011 line-up. The Shimano Tiagra/105-equipped CX200 is built around a double-butted 7005 alloy frame and comes prepped for racks and with space for mudguards. It’s available at £899.99. 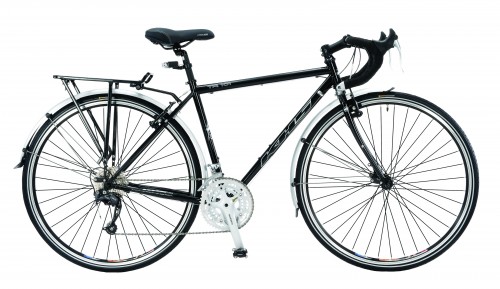 And the new TR101 tourer looks interesting too. It’s double-butted cromo steel – Reynolds 520, to be precise – with a real mix of components including Dura-Ace bar end shifters, a 50/39/30 chainset and Tektro linear pull brakes. A rack, mudguards and rear light are all part of the £849.99 package. 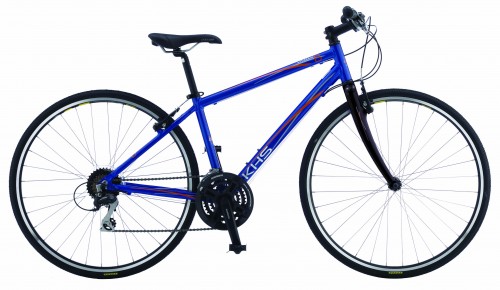 Finally, KHS have a brand hybrid line-up called the Vitamin range. These lightweight commuters are all based around the same double-butted 6061 alloy frame with a steeply sloping top tube, 700c wheels and Shimano drivetrains. You get rack and mudguard eyelets, riser bars and V-brakes throughout. 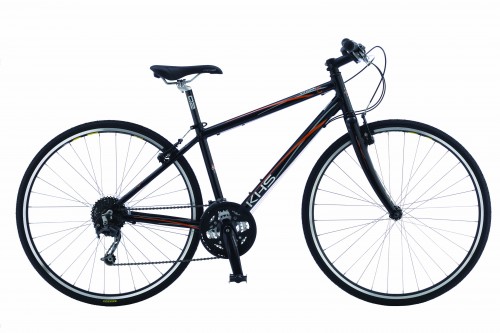 Prices range from £349.99 for the Shimano Altus-equipped Vitamin A through to £569.99 for the Vitamin C which comes with a carbon bladed fork and Shimano Alivio/Deore components. Again, these look like good deals in a very crowded market. The Vitamin C, for example, arguably shades the same-priced Ridgeback Element in terms of value.

For details on the entire range go to www.khsbikes.co.uk. KHS will also be at the London Cycle Show from the 7th to the 10th of October on stand Stand E21.

The Cycle Show takes place at Earls Court, London and is open to the public 8-10 October. To book go to www.cycleshow.co.uk/rcc or call 0844 848 0132 and tell them road.cc sent you giving the discount code: RCC. That will get you in for £10.50 instead of £15. All bookings are subject to a one-off £1 booking charge, but you can spread the pain by buying more than one ticket per booking.