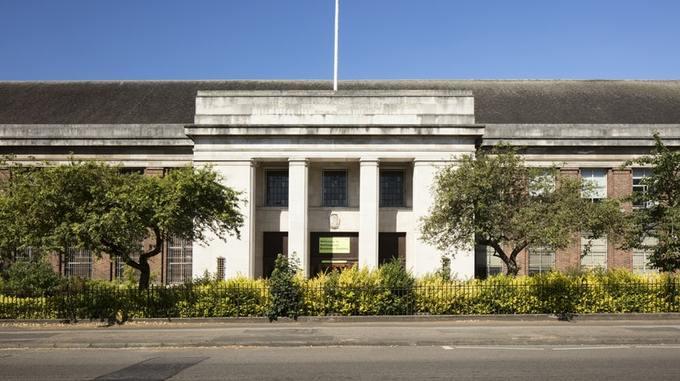 Grade II listing for office of what was once the world's biggest bike manufacturer which also has special place in city's social history...
by Simon_MacMichael

Raleigh’s former head office in Nottingham has become the 400,000th site to be entered on Historic England’s National Heritage List.

Built in 1931 at a time when Raleigh was the largest bicycle manufacturer in the world, with 1 million bikes produced annually, the building has been Grade II listed by the Department for Digital, Culture, Media and Sport.

Originally known as the Howitt Building, Raleigh’s one-time headquarters also has strong links to the social history of Nottingham as the city’s major employer at the time as well as to its  Afro-Caribbean community.

During the 1950s, Raleigh – in common with many other employers of the time – operated a discriminatory recruitment policy and would not employ black workers.

With his overtures to the company rebuffed, he wrote to Norman Manley, who in 1959 had become the first Premier of the newly independent Jamaica.

Manley ordered a boycott of imports to Jamaica from the British bicycle industry, and in response, Raleigh changed its policy – leading the company to become one of the major employers of black people in Nottingham.

The building retains a Caribbean connection today. Now called the Lenton Business Centre, it also houses the Marcus Garvey Centre and Marcus Garvey Ballroom, both named after the Jamaican activist, journalist and poet.

"Reaching 400,000 entries is a milestone – it confirms just how important our heritage is and how much deserves protecting for future generations.”

Jeremy Wright, Secretary of State for Digital, Culture, Media and Sport, commented: “The National Heritage List for England tells the story of our past, and the people, places and events that shaped it.

"This landmark highlights the huge diversity of historic places that we have protected and the integral role heritage plays in our culture."

1
Team GB says Denmark Olympic team pursuit squad should be banned over use of medical tape on legs and "aerodynamic undervest"
2
Win with Shutt Velo Rapide! Cycling kit worth £510 up for grabs in our latest huge competition
3
Father of two nearly killed in collision urges people to 'think about the hurt they could cause'
4
Five cool things coming soon from Boardman, Bryton, Megmeister, Hindsight and Sigr
5
Cyclist who killed London pedestrian jailed for two years
6
Pick-up driver who crashed into group of cyclists charged with murder
7
BMX gold for Team GB’s Bethany Shriever, silver for Kye Whyte
8
Adidas’ radical-looking 3D CMPT glasses are super-light... and super-pricey