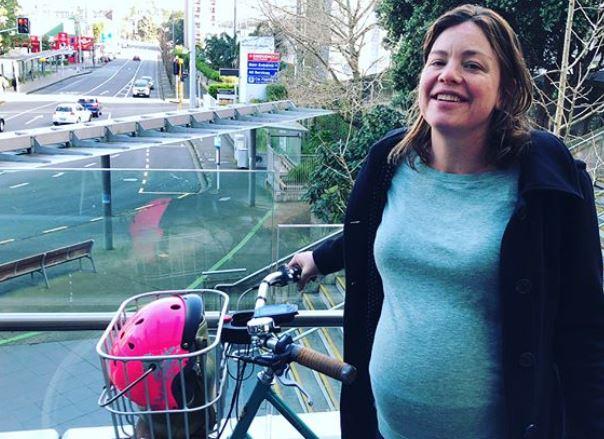 New Zealand government minister cycles to hospital to give birth

Co-leader of Green Party says Julie-Anne Genter’s choice of transport to hospital is "very on brand."...
by Simon_MacMichael

A government minister in New Zealand has been praised by her party’s co-leader for cycling to hospital to give birth.

Green Party MP Julie-Anne Genter, who is minister for women and associate minister for health and transport is 42 weeks pregnant, making her around two weeks overdue.

As a result, the baby is being induced, and the US-born politician revealed on Instagram this morning that she was using her bike to get to the Auckland Hospital.

Genter, whose Instagram profile says she is “into lively streets, real food, and bicycles,” wrote in her post: “Beautiful Sunday morning for a bike ride, to the hospital, for an induction to finally have this baby.

“This is it, wish us luck! (My partner and I cycled because there wasn’t enough room in the car for the support crew... but it also put me in the best possible mood!).”

Beautiful Sunday morning for a bike ride, to the hospital, for an induction to finally have this baby. This is it, wish us luck! (My partner and I cycled because there wasn’t enough room in the car for the support crew... but it also put me in the best possible mood!) #42weekspregnant #cycling #bicyclesarethebest

The impending arrival of her baby comes four weeks after the country’s prime minister, Labour’s Jacinda Ardern, gave birth to a daughter,

Speaking at the annual conference today of the Green Party, which backs the minority Labour and NZ First government through a supply-and-confidence agreement rather than a formal coalition, co-leader James Shaw said that Genter’s mode of transport to hospital was  "very on brand."

Shaw, who will be assuming the health and transport portfolios while Genter is on maternity leave, added that he was "proud to be living in a country where two members of the country's executive are able to have children as part of their job.”