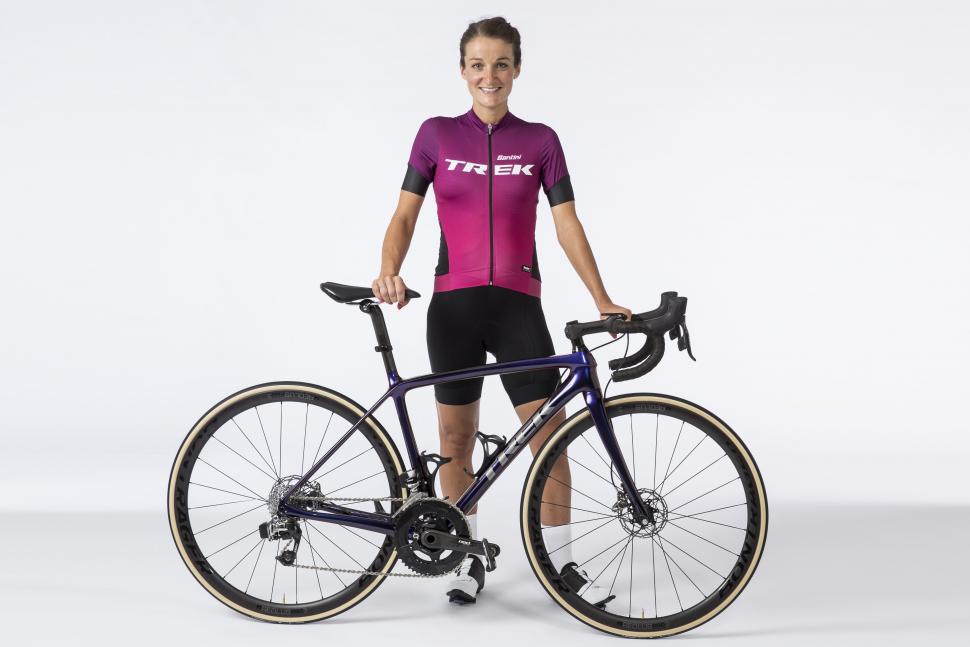 29-year-old targets return to sport and next year's World Championships in her native Yorkshire...
by Simon_MacMichael

Lizzie Deignan has revealed that she thought her racing days were over before she signed for the new Trek Factory Racing team.

The 29-year-old former world champion is sitting out this season as she expects her first child next month with her husband, the Team Sky rider Philip Deignan.

It was announced last month that the Boels-Dolmans rider will switch teams and lead Trek Factory Racing next year.

However, she told BBC Sport that she was worried she would be unable to return to the sport following her pregnancy.

"It's unprecedented in that way," she explained to BBC Radio 5 live's Business of Sport.

"My career was up in the air really but I was then approached by Trek.

"I was concerned about my future in the sport as it hasn't really happened before at elite level road cycling.

"There haven't really been mothers who have stepped away from it and come back and been supported."

Deignan’s big target next year is to win back the rainbow jersey she won on the road in Richmond, Virginia three years ago, with the 2019 UCI Road World Championships being raced on her home roads in Yorkshire.

The Otley-born rider said: "It wasn't something I ever considered before, becoming a mum while being a cyclist or the potential of returning to professional sport as a mother.

"It's not something everybody is thinking about but it is definitely a limiting factor for most women in their career."

One rider who has enjoyed top-level success since giving birth – although a time trial specialist rather than pure road racer –is the American, Kristin Armstrong.

She gave birth to her son in 2010, two years after winning the individual time trial at the Beijing Olympics.

Now aged 45 and also a double world champion against the clock, Armstrong went on to retain her title in London in 2012 and made it a hat-trick in Rio two years ago, despite having announced her retirement in 2015.