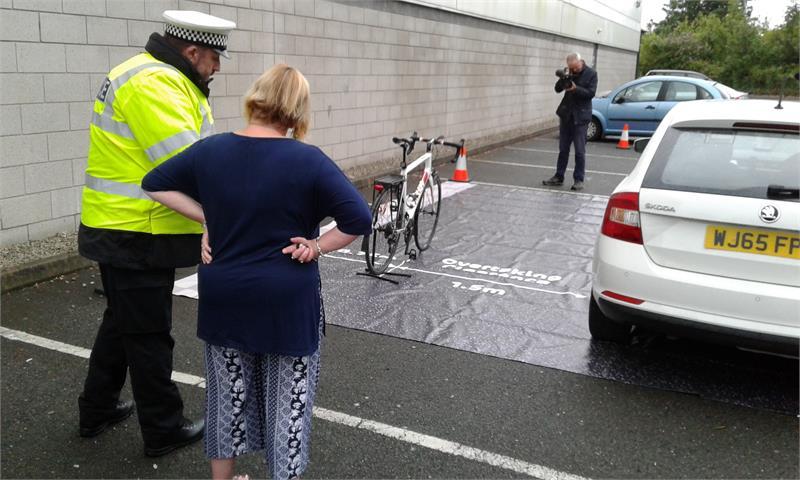 Half of drivers unaware of Highway Code advice on passing cyclists

More than half of British drivers are not aware of Highway Code advice for safely passing cyclists, according to a survey carried out for Cycling UK. Eight per cent said that drivers should only give cyclists space that is at least the width of their handlebars.

The ComRes survey of 2,039 British adults found that 52 per cent of motorists weren’t aware that the Highway Code recommendation is to give cyclists at least as much space as you would a car when overtaking.

Duncan Dollimore, Head of Campaigns at Cycling UK, said: “These figures show most close passes come from a position of ignorance rather than malicious intent.”

The data was released as the Department for Transport (Dft) announces that driving instructors are to be offered bespoke training on cycle safety.

Speaking at the Cycle City Active City conference in Manchester today, Transport Minister Jesse Norman will say: “The benefits of cycling and walking are enormous. We shouldn’t only concentrate on catching and punishing drivers when they make a mistake but try to ensure that they have the skills and knowledge to drive safely alongside cyclists in all conditions.”

Dollimore said: “Cycling UK has long argued that the driver training and testing processes should ensure that drivers are made aware of and understand both cyclists’ needs and their safety. Training the trainers, and embedding cyclists’ safety in the mindset of driving instructors, is a fantastic first step towards achieving this.

“But education and awareness on its own is not enough, which is why close pass operations by police forces have proved so effective in places like the West Midlands.”

As part of today’s announcement, the DfT also says that police forces are to be provided with training materials and support to educate drivers on how to safely pass cyclists.

“It’s fantastic that there’s now a commitment to make additional government resources available to help the police crackdown on close passing,” said Dollimore. “Cycling UK looks forward to working with the Department for Transport, as we have with willing police forces, to try to make sure this initiative helps lead to close pass policing being the norm, not the exception.”

In July 2017, Cycling UK launched its Too Close for Comfort campaign. Following a crowdfunding initiative, it has so far provided 38 out of 45 police forces across the UK with close pass mats with which to conduct public awareness campaigns and road traffic operations.

The close pass mats are modelled on those used in West Midlands Traffic Police’s pioneering road safety operation ‘Give Space, Be Safe’.