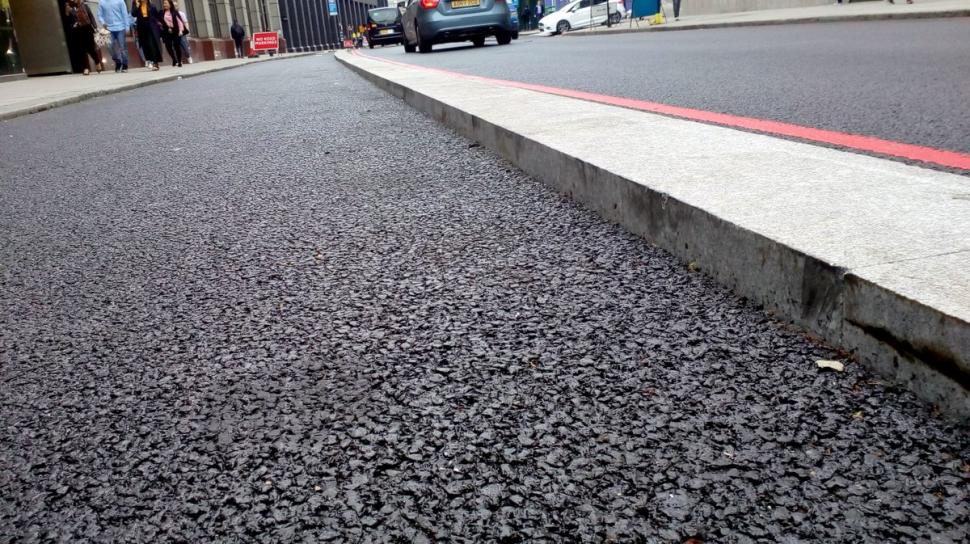 A cyclist who broke six ribs after a crash on London’s Cycle Superhighway 6 (CS6) says it is not obvious that the lane dividers on a recently opened stretch are actually raised.

Transport for London (TfL) said the accident was the first involving the raised white line to be reported to them.

Hotopf said: “I have been cycling on London’s roads for 40 years so I am very experienced. It looked like a normal white line. There was nothing to suggest it was raised. I hit it and went flying and now I have these injuries.

“This is badly thought out and TfL need to come up with some answers. They need to put up warning signs. It’s so easy not to spot the danger.”

This stretch of the cycle superhighway opened last month and campaigners had suggested the vertical-sided kerbs could prove dangerous.

Farringdon Road. Not sure these upstands are a good idea traffic side. No floating bus stop sadly  pic.twitter.com/zUIOkZnJQH

Hotopf added: “It’s only a matter of time before someone else is seriously hurt. They need to sort it out — the cycle lane is supposed to keep riders safe, not injure them.”

TfL has launched an investigation and said: “Safety is our top priority and we always closely monitor new cycle lanes.”

1
‘Tempting’ – Sunday Times columnist Rod Liddle on stretching piano wire across road to target cyclists
2
Win an amazing 3T Exploro GRX Pro bike worth €4000!
3
Near Miss of the Day 413: Impatient driver at junction turns across cyclist (includes swearing)
4
Near Miss of the Day 414: Driver overtaking cyclist at speed almost hits another head-on
5
Bishop fractures skull after being doored while cycling - but says he should have worn his helmet
6
Police refer themselves to watchdog after cyclist is seriously injured in collision with suspected drug driver
7
Durham cyclist kicked off bike by motorcyclist
8
Government to issue half a million £50 repair vouchers to get neglected bikes back on the road