Loads of bikes, components, and clothing from next year's line ups
by Mat Brett

We've just visited UK bike and parts distributor Paligap and seen loads of their interesting new road products for 2011 amongst other things they distribute Kona, Ritchey, Brev M and Solo, although you might have guessed that from the headline. There was plenty of good stuff on display, here are the highlights…

First up, the Dr Good is a completely new model in Kona’s Asphalt Commuter range for next year. Like the other bikes in the line up, it’s built around an aluminium frame – butted 7005 series, to be precise – the biggest point of difference from the rest being that it comes equipped with a 7-speed Shimano Nexus hub gear matched up to a single chainring. The rear brake is incorporated in the hub while you get a mechanical disc brake up front. The Dr Good retails at £600. 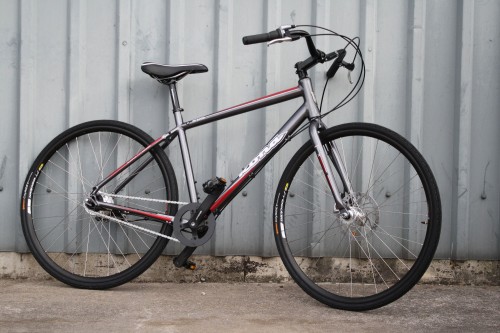 Also new to the Kona range are three electrically assisted models, the Ticket and the Token – which are essentially male and female versions of the same bike – and the Electric Ute (see our video from Eurobike here). Each comes equipped with a 24-volt 250W battery-assisted Pedelec motor to give you a hand when you need it, while the Ticket and Token have SR Suntour suspension forks up front and 21-speed gearing. 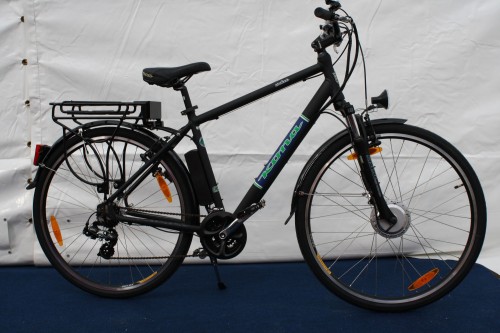 We reported previously that Kona have changed the frame material of their top line cyclocross bike, the Major Jake (£2200), from aluminium to full carbon and we must say that it looks pretty darn slinky in this new guise. It gets a tapered head tube and oversized BB30 bottom bracket to add more stiffness for 2011 too. 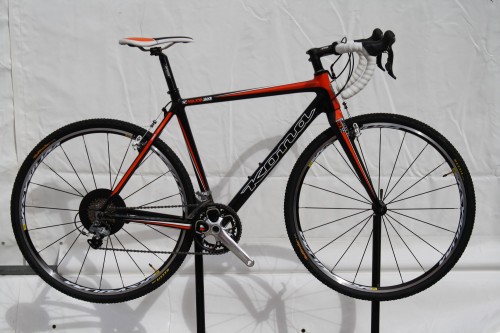 Kona’s other two cyclocross bikes are both still butted 7005 aluminium, the Jake (£870) getting a Shimano Tiagra-based spec and the Jake the Snake (£1250) sporting mainly 105 components. The production versions of both come with eyelets so can be easily pressed into service as all-weather commuters. 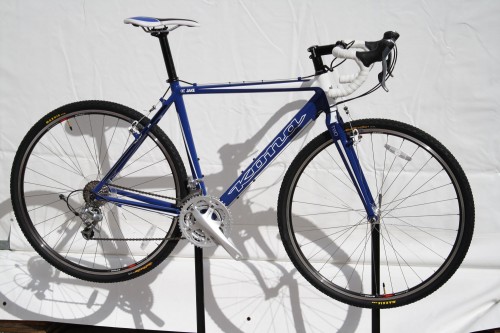 Speaking of commuting, the steel Honky Inc (£1200) and Honky Tonk (£770) continue to do great business in that market. The Honky Inc gets a new, more stylish carbon fork for 2011, along with disc brakes and a 10-speed Shimano 105 drivetrain. Paligap have picked up the UK distribution for New Zealand clothing brand Solo. The range is fairly small but the quality of all the kit we’ve tried in the past has been excellent. 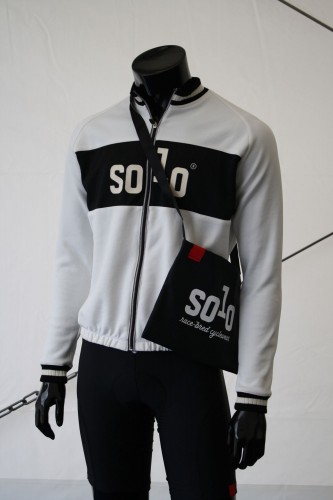 There’s quite a lot of merino wool in the Solo lineup. The Équipe jersey, for example, is made from MAPP Tech fabric – Merino Advanced Performance Programme – which uses merino on the inside with a technical performance fabric on the outer face. We like the arm and knee warmers too, which are made from similar material. They’re a little bulkier than polyester options, but they’re warm and feel great next to your skin. 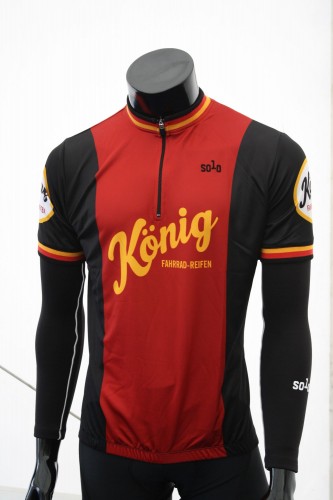 We’ve never tried any of the polyester short sleeve jerseys but they certainly look stylish. By the way, all those figures on the musette are a gear-inch chart. Go to www.solocc.com to see the complete range. 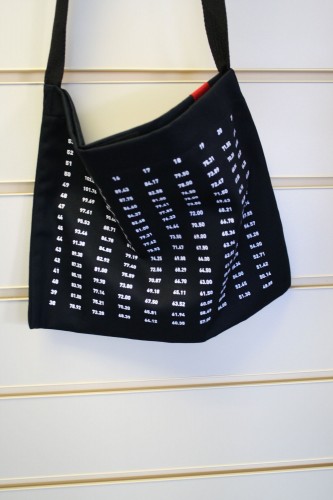 Californian urban riding brand Brev M is another new addition to the Paligap roster. We’ve tried precisely none of the products so we can’t tell you a thing about the performance. What we can tell you is that it’s pretty and nearly everything comes in a range of different colour options so you can co-ordinate your cranks with your chainrings, your bars and your headset spacers… or not, if you’re the kind of out-of-control anarchist who likes to mix orange with pink and green. Saris have got a new rack in the shape of the Gran Fondo. Unlike most, it holds two bikes vertically, or near vertical. The advantage is that it leaves your lights and number plates visible and also creates less drag than a standard system. Paligap haven’t set a retail price yet. 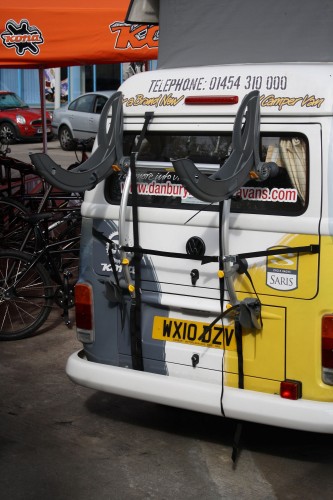 And finally, after making a limited number of red components for use on Felt bikes in the past, Ritchey are now producing a whole range in this colour option for 2011 to go alongside the black and white versions. It looks sweet to us. 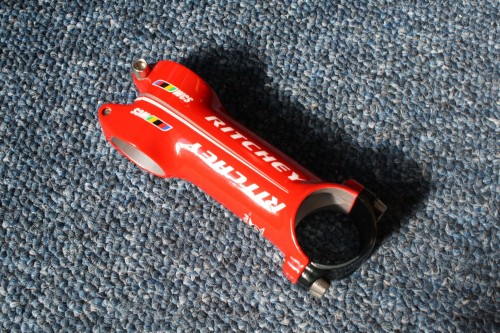