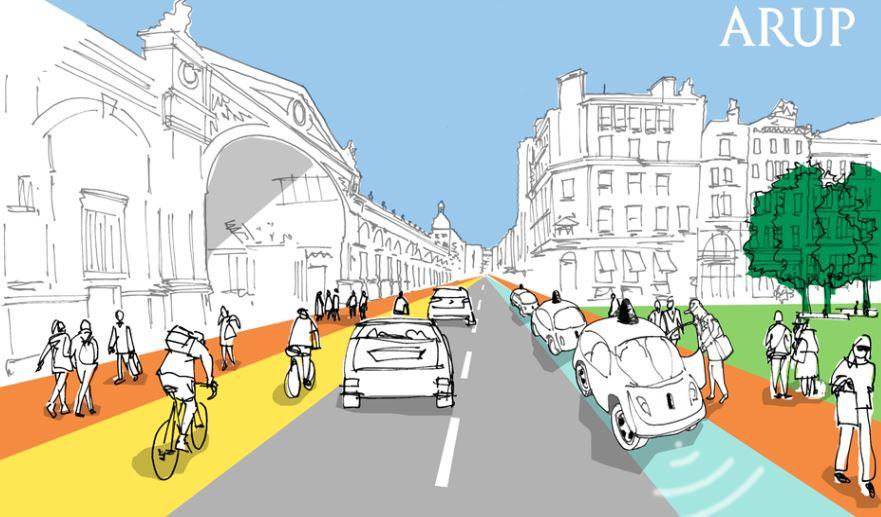 A flexible kerb space idea that would allow a road’s use to be altered over the course of a day has received £30,000 of funding and could receive a further £50,000 if it wins the National Infrastructure Commission's Roads for the Future competition.

BikeBiz reports that design firm Arup’s ‘FlexKerbs’ would adjust throughout the day and week to ensure that space meets local demand.

The firm says: “Over the course of a day, for instance, a single FlexKerb segment can function as an autonomous vehicle rank at rush hour, a cycle path at lunchtime, a pedestrian plaza in the evening and a loading zone overnight.”

Some will point out that cycle paths frequently double up as loading zones even during the daytime, but this is presumably not what they meant. Nevertheless, some will no doubt harbour concerns that such an innovation might provide a means of watering down planned cycle infrastructure.

The idea is after all one of five shortlisted for the Roads for the Future competition which has asked entrants how they would get the UK road network ready for connected and autonomous vehicles (CAVs).

Arup now has three months to develop a feasibility study to demonstrate how FlexKerbs could benefit cities once CAVs have been introduced.

The firm plans to simulate the scheme on a typical London high street, designing a FlexKerb schedule for one weekday and one weekend day to show how flexible use of a busy street’s kerbside can enable safe and convenient CAV pick-up and drop-off whilst maintaining—or even enhancing—the urban environment for pedestrians, cyclists, and other transport users.